The head of the Ontario Cannabis Store is warning that the soaring number of pot shops in the province will likely result in so much competition that some will close.

David Lobo, the interim president and chief executive of the province’s pot distributor, said in an annual report released this week that shops will encounter plenty of rivals as 1,000 new cannabis stores are expected to open by September.

“Unfortunately, this rapid growth will likely result in some retailers being faced with increased competition and a crowded marketplace, which could result in some closures and market rightsizing,” he wrote.

“At the core, all retailers will be challenged to further drive a relentless focus on targeted consumer segments and differentiating themselves from others.”

Mr. Lobo’s remarks were made in a report revealing that Ontario had 572 pot shops across 122 regions as of March 31. Western Ontario had 188 stores, followed by Toronto with 179, the east with 123, the Greater Toronto Area outside of the city of Toronto with 51 and the north with 31.

The report detailed how the province continued to see a concentration of stores in Toronto, while most other markets had only one pot shop or a small handful. Hamilton, for example, had 27, Barrie had 10, Thunder Bay had seven, Waterloo had six and Sudbury had four.

The report also said the average distance between consumers and a cannabis shop dropped to 6.5 kilometres from 19 km between April, 2020, and March, 2021.

During that period, Mimi Lam expanded her cannabis chain Superette with locations in Toronto and Ottawa.

“Stores potentially closing or consolidating following the rush of optimistic opening is not that surprising and rather validation for businesses to evaluate their intentions of opening or growing quickly in the first place,” she said in an e-mail of Mr. Lobo’s comments.

“A measured and sustainable approach to growth should not be a new concept to cannabis as we see it everywhere else.”

“We’re unlikely to see any government action to regulate the distance between stores in the near-term because all existing stores and current applicants would need to be grandfathered, limiting the impact of any such move,” he wrote in an e-mail.

On top of rapid growth, the industry is also grappling with the illicit market still dominating.

The OCS said the legal cannabis market made up 44.1 per cent of the entire pot market in its latest quarter, up from 43.1 per cent in the prior quarter and 25.1 per cent in April, 2020.

“While our legal marketplace has a great distance to go to fulfil our mandate of bringing in legacy consumers, the progress made in 2020–21 deserves celebration,” Mr. Lobo said.

In addition to the province expanding access to legal cannabis with more stores, the OCS has focused on dropping prices to lure in customers who would typically purchase cannabis illicitly.

Across the entire fiscal year, the OCS said 99.1 million grams or $840.1-million, worth of cannabis was sold through legal channels with 81.5 million grams bought in OCS.ca transactions and 17.6 million grams from retail store purchases.

Dried flower made up the bulk of sales at 59 per cent, trailed by vapes at 16 per cent, prerolls at 12 per cent, edibles and oils each at 4 per cent and beverages, capsules and concentrates at 2 per cent each.

Looking forward, Mr. Lobo expects many retail stores to participate in mergers and acquisitions to increase their size and scale and reduce their operating costs.

He also predicted the market will see even more consolidation as the number of cannabis producers outpaces domestic demand for pot and craft cultivators enter the industry in waves.

“Some producers will continue to face the harsh challenge of adjusting their business to accurately capture the right share of the addressable market in Canada,” he said.

Cannabis companies spent much of the COVID-19 pandemic engrossed in reducing costs by closing facilities, laying off staff and even brokering mergers and other sales. 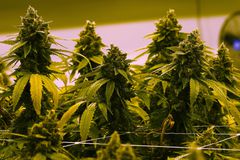 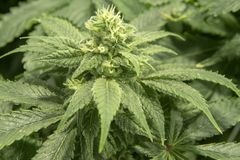