The uncertain outcome of Canada's trade negotiations with the United States could hold the health of the current Canadian economic expansion in the balance, experts said on Tuesday on the eve of another round of talks between the two countries.

“This is very high stakes for Canada,” said Daniel Schwanen, vice-president of research at the C.D. Howe Institute, an economic-policy think tank.

Economists generally remain hopeful that the two sides can overcome their differences and renew the North American free-trade agreement. But the pressure to make a deal, and quickly, was turned up considerably after the United States and Mexico announced their own agreement last month, and U.S. President Donald Trump threatened to leave Canada out of the new deal if the two sides could not complete an accord under a tight U.S.-imposed deadline.

Economists said that if Canada and the United States cannot hash out a new version of the 25-year-old trilateral trade pact, the fallout could deliver a significant blow to Canadian economic growth, substantial job losses, a slump in the Canadian dollar and a serious loss in investor confidence. The biggest provincial economy, Ontario, would stand in the crosshairs of a U.S. response to a failed deal.

“It’s not the risk of a ‘no deal’ that’s the problem,” said Toronto-Dominion Bank chief economist Beata Caranci, who noted that the legally entrenched terms of the existing NAFTA and the earlier Canada-U.S. free-trade agreement would remain in force for many months, at least, even if the talks fail. Observers also noted that given the political climate in Washington and the U.S. congressional mid-term elections in November, Mr. Trump would have a very hard time persuading Congress to vote in favour of formally removing the United States from NAFTA, or to approve a new deal without Canada.

However, Mr. Trump's threat to impose 25-per-cent tariffs on Canadian auto and parts exports in retaliation if Canada fails to agree to a NAFTA deal is something the U.S. President could do with the stroke of a pen. That is where the serious threat to Canada’s economic health lies over the near to medium term, economists said.

Royal Bank of Canada deputy chief economist Dawn Desjardins said steel and aluminum tariffs imposed on Canada earlier in the negotiations will knock an estimated 0.2 percentage points off Canada’s annual economic growth. The blow from auto tariffs would be more than double that, at about 0.5 per cent – with the Ontario economy suffering a disproportionate share.

Research at the C.D. Howe Institute suggests that if Canada were to retaliate in kind to the U.S. auto tariffs – as it did with the steel and aluminum levies – the impact on Canadian GDP could run close to one percentage point, as the heavy cross-border integration of the sector would mean Canada’s action would also hurt its domestic auto industry. It pegs Canadian job losses in this scenario at about 60,000.

With the Canadian economy forecast to grow by only about 2 per cent annually through 2020, the blow from a trade war in the auto sector alone would pose a serious risk to Canada’s economic prospects.

“It really does tip us into really slow economic activity,” Ms. Desjardins said.

Ms. Caranci argued that the bigger issue in a NAFTA collapse, and one that’s harder to predict, would be the reaction of financial markets. Economists have long predicted a general slump in business investment confidence in Canada if NAFTA were dismantled. But a loss of confidence among currency, stock and bond investors could have a much swifter impact.

“We would be in uncharted territory,” Ms. Caranci said.

At very least, she suggested, the Canadian dollar could head for a level in the low-70-US-cents range – about 10 per cent lower than last week – if the talks fail and the auto tariffs come to fruition.

Still, Ms. Caranci warned against “too much fear mongering.” Indeed, despite the heightened rhetoric from the White House, many observers said the basis for an agreement may be quite close, and there may be ways to wiggle around the remaining issues to allow all parties to save face.

“I actually believe we’ll come out of this with a deal,” Ms. Caranci said. 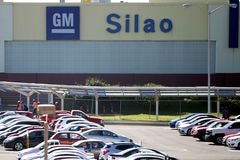 Opinion
What has driven Trump to be so anti-Canada?
September 4, 2018 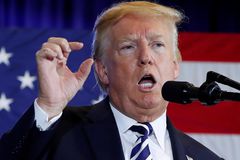 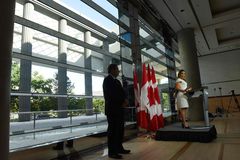