The federal government will release an economic package Wednesday to support workers and provinces affected by the fallout from the new coronavirus outbreak, responding to growing calls for action in the wake of market turmoil and the plummeting price of oil.

Ottawa is set to announce measures that will include changes to employment insurance to assist employees who must stay home because of the coronavirus, funding for health research and money to help the provinces cope with the crisis, according to a senior government official.

The collapse in the price of oil, combined with broader disruptions to global business caused by the virus, has darkened the outlook for the Canadian economy in recent days and sent markets into a tailspin. The S&P/TSX Composite Index fell 10.27 per cent on Monday, the worst one-day drop for Canadian markets since 1987; it pared back some of those losses on Tuesday, climbing 3 per cent.

Royal Bank of Canada chief executive David McKay said on Tuesday that monetary policy alone is not enough to fight the concurrent supply and demand-side shocks caused by COVID-19, and fiscal measures, such as payroll-tax cuts, are likely needed to shore up the economy.

“There are going to be significant economic impacts for Canadians, for workers, for businesses,” Mr. Trudeau said. “And that’s why we’re going to be talking very soon about measures that Canada’s going to put forward to support people on the economic side.” The Prime Minister is scheduled to deliver remarks on the coronavirus situation early Wednesday morning.

Two other senior government officials told The Globe and Mail that Wednesday’s announcement will be targeted at workers and affected industries. The officials, whose names The Globe is keeping confidential because they were not authorized to speak to the media, said some measures will be announced this week. Others will come in the budget and additional moves could be announced later in the year, they said.

Various federal ministers hinted Tuesday that in the longer term, other options under consideration include increased spending on infrastructure, support for Canada’s tourism sector and stimulating the economy by following through on campaign pledges to support clean technology.

With interest rates near record lows, the Bank of Canada has little ammunition to shore up the economy with monetary-policy interventions. Both the U.S. Federal Reserve and the Bank of Canada cut their key overnight borrowing rates by half a percentage point last week, and more cuts are expected in the coming months. However, there are questions about the effectiveness of rate cuts alone, as the virus hits both supply and demand, disrupting supply chains and raising the spectre of widespread quarantines.

“I don’t think purely monetary rate cuts are going to satisfy the disruption that’s coming at corporate cash flows and consumer cash flows,” RBC’s Mr. McKay said on Tuesday, speaking at a capital-markets conference, which is taking place online after the in-person event was cancelled owing to coronavirus concerns.

“We’re having an ongoing dialogue with governments around the world around co-ordinated and effective and targeted fiscal stimulus, whether that’s payroll-tax cuts or whatever mechanism has to be used to inject cash flow into the economy,” Mr. McKay said.

In the United States, President Donald Trump told reporters on Monday that his government was considering “very substantial” fiscal measures including a possible payroll-tax cut.

“We’re also going to be talking about hourly wage earners getting help so they can be in a position where they’re not ever going to miss a paycheque,” Mr. Trump said.

Deputy Prime Minister Chrystia Freeland said on Tuesday that she has spoken with U.S. Secretary of State Mike Pompeo about a range of issues, including the energy sector.

“We talked about how the North American oil and gas sector needs to be supported by our countries, which it is. So we are very mindful of what is happening right now with the oil and gas sector, the consequences for oil and gas workers, and that is something that we are definitely focused on,” Ms. Freeland said.

Alberta Premier Jason Kenney is calling on Ottawa to support the province’s energy sector with accelerated infrastructure spending, payroll-tax cuts and an expansion of flow-through share arrangements. These arrangements allow companies to pass specific expenses to their shareholders, who then deduct them from their income; in this case, it would be applied to cleaning up inactive oil and gas wells.

“The challenge posed to this province and to Canada could not be more serious,” Mr. Kenney said on Monday evening, adding that “all options were on the table.”

Alberta Energy Minister Sonya Savage said on Tuesday that "there will be a package” of some kind from Ottawa to support the oil and gas industry, which could include “an injection of liquidity into the market to help with expenses.”

Jack Mintz, a prominent economist who was appointed this week to lead an Alberta government panel on the growing crisis, said when it comes to payroll taxes, the federal government could provide relief through Employment Insurance premiums.

“A lot of that [tax burden] falls on individuals and particularly lower- or middle-income individuals, so if they got the tax cut, that would have some impact on their buying activities,” said Dr. Mintz, a fellow at the University of Calgary’s School of Public Policy.

“For Alberta, that would be a big gain, because Albertans tend to contribute more to Employment Insurance than they get from benefits.”

Dr. Mintz said other potential tax measures could include a temporary cut to the GST, which he said would have an immediate effect in stimulating consumer spending across the country. That would affect everyone, including people who aren’t working or retired, who wouldn’t benefit from payroll-tax changes. The federal government could also leave consumers with more money with cuts to various excise taxes such as on fuel or alcohol, he said.

With reports from Emma Graney 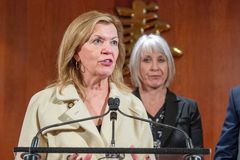 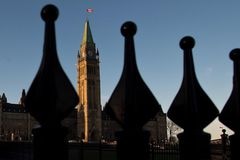