Canada’s largest bank has confirmed an employee has tested positive for the coronavirus in its Mississauga office complex and has placed a quarantine on all employees working on the same floor as the individual.

On Monday, Royal Bank of Canada internally confirmed that an RBC employee – who had been identified Friday as a possible case of COVID-19 – has officially been diagnosed by Public Health Ontario.

“We are actively following the latest guidance provided by local, federal and international public-health and government authorities,” spokesperson Gillian McArdle said in an e-mail to The Globe and Mail.

The employee, who has not been identified, works at the bank’s Meadowvale office complex in Mississauga, where the bank immediately advised employees who work on the same floor to self-quarantine at home until further notice. The bank has not released the number of employees who have been self-quarantined.

As well, RBC launched a disinfecting of the affected floor and all common areas in the building, including elevators, cafeteria and washrooms. The bank initially addressed the “presumed case” last week with employees in two separate conference calls, and allowed employees to ask the bank’s chief medical director questions about the situation.

RBC continues to work with authorities in determining advice and next steps for its employees on the affected floor. The person who tested positive for the virus has been at home in self-isolation since last week, Ms. McArdle said.

"We are in regular contact with our employees who work on this floor and are committed to addressing their questions and concerns,” she said.

Confirmation of the bank’s first coronavirus case comes on the same day it began dividing its trading floors in Toronto, New York, New Jersey and London. The division will move certain employees to remote locations to ensure crucial operations continue to run smoothly in the event the coronavirus spreads to major financial centres.

RBC confirmed on Monday that the Meadowvale location was not one of the designated remote locations for its trading operations.

Bank of Montreal is the latest bank to implement preventive measures with its trading division. On Monday, BMO spokesperson Paul Gammal said the bank is separating “some” of its critical trading staff to offsite locations as part of an “ongoing testing” of its business continuity plan.

Canadian Imperial Bank of Commerce and Toronto-Dominion Bank are both looking to split their trading floor divisions later this week. Bank of Nova Scotia did not respond to requests about whether it would be making adjustments to its trading operations during a coronavirus outbreak.

Both U.S. and Canadian companies have begun to react to the coronavirus threat as the outbreak begins to see daily increases in cases in both North America and Europe.

On Friday, California-based video game company Zynga Inc. took precautionary measures to close both of its Toronto offices after a tenant working in the same building where Zynga leases office space had a presumed exposure to COVID-19.

While the tenant is not a Zynga employee, the company has asked all of its employees to work from home until further notice.

"The health and safety of Zynga employees is the company’s top priority,” spokesperson Sarah Ross said. 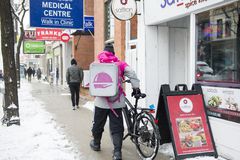 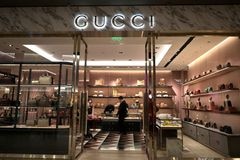 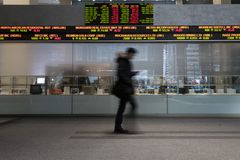