The Ontario Securities Commission is pursuing settlements with Royal Bank of Canada and Toronto-Dominion Bank in the first major Canadian regulatory action as part of global investigations into foreign-exchange traders.

From 2011 to 2013, employees at both banks used electronic chat rooms “many hundreds” of times to share confidential customer information with foreign-exchange traders at outside firms, the OSC said in a statement of allegations published late Monday.

The traders at both banks had a “profit motive," the OSC said. “Traders sought an advantage to make more profitable trades on behalf of their bank, which in turn would benefit the trader through performance incentives,” the OSC wrote in the statement of allegations.

The OSC has scheduled hearings for both banks on Friday. Details of the settlement are not yet available.

In 2013, the little-known world of foreign-currency trading made headlines on news that traders at some of the world’s biggest banks had possibly colluded, using chat rooms with names like The Cartel, The Bandits’ Club and The Mafia. The activity was alleged to have stretched back a decade. By November of that year, authorities in six countries had announced probes, but little was known about Canada’s actions.

RBC and TD told The Globe and Mail at the time they had not been contacted by regulators. The OSC has not alleged the Canadian banks were part of those specific chat rooms.

The banks are accused of failing a regulatory requirement to have sufficient supervision and controls in their foreign-exchange trading businesses.

“The conduct covered by the allegations occurred many years ago, and we have taken a number of steps since that time to enhance our controls,” said Andrew Block, an RBC spokesperson, in an e-mail to The Globe.

“Serving clients with excellence and integrity is at the heart of our culture and we take matters of this kind extremely seriously,” TD spokesperson Lynsey Wynberg said Monday in an e-mailed statement.

The OSC alleges both banks “did not sufficiently promote a culture of compliance” in the foreign-exchange trading business, which allowed foreign-exchange traders to behave in a manner that put RBC and TD’s economic interests ahead of the interests of its customers, other market participants and the integrity of the capital markets.

The OSC allegations contain an excerpt from a chat room that included traders from RBC, TD and a unnamed bank. In it, the TD trader reveals a TD customer has placed “stop order,” an order to sell at particular price, and the RBC trader, upon learning the information, says he’ll leave his order in place.

In another chat, a trader from an unnamed bank said “mate the only reason you’re up this year is cause of my info” and an RBC trader responded: “i agree ur tips hav been hot this year.”

The OSC said RBC and TD traders understood that the sharing of specific customer names was prohibited; and while traders were encouraged to seek and use “market flow” and “market colour” in the course of their trading, there was no clear indication as to what – aside from customer names – was permitted.

Consequently, confidential information, including specific transaction details, was disclosed by RBC and TD traders to individuals at other institutions.

“The disclosure of such information in some instances was a breach of confidentiality and created the potential risk that this information could be used for the trader’s benefit and to the customer’s detriment,” said the OSC.

In mid-2012, financial regulators were publicly dealing with allegations banks had conspired to fix LIBOR, the London Inter-Bank Offered Rate, a key lending benchmark. This, the OSC argues, “highlighted concerns with the risk of collusive behaviour and misuse of confidential information. Some banks began prohibiting Multi-Dealer Chatrooms around this time.”

Still, the OSC said, while the subject of chat rooms was specifically discussed at an RBC foreign-exchange operating committee meeting in September, 2012, RBC’s foreign-exchange front office decided at that time against banning or restricting them. It wasn’t until the fall of 2013 that RBC took action, the OSC said. TD imposed a ban on its traders’ use of the chat rooms in November, 2013.

The foreign-exchange allegations prompted class action suits involving foreign exchange trades by several investment firms. Investors alleged that the firms’ employees colluded with each other in the chat rooms to fix prices in the foreign-exchange market, as well as conspiring to fix the the WM/Reuters foreign-currency price benchmark.

“Participants in the foreign exchange markets should be able to expect their counterparties to not collude,” said Daniel Bach, a partner at Siskinds LLP who’s representing plaintiffs in that firm.

The OSC, however, said “there is no evidence or indication” that either RBC or TD “was involved in any plan or collusion to attempt to manipulate the WM/Reuters benchmark or any other benchmark rate.”

RBC’s Mr. Block said the statement of allegations does not assert any trading misconduct that caused harm to any specific clients. “We will discipline, up to and including termination, anyone on our platform who does not comply with our high standards of behaviour and the applicable laws and regulations in any jurisdiction,” added Mr. Block. 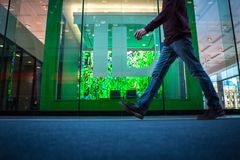 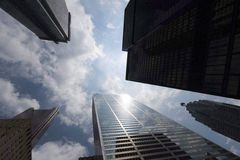 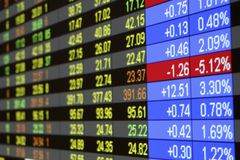