Royal Bank of Canada will not provide direct financing for exploration or development projects in the Arctic National Wildlife Refuge in northeastern Alaska, according to a new policy that also imposes restrictions on financing for coal mining and power generation.

The RBC guidelines for sensitive sectors and activities, released on Friday, come less than two months after U.S. President Donald Trump finalized his administration’s plans to allow drilling in the country’s largest wildlife refuge. In a statement, the bank said it periodically reviews and updates environmental and social risk-management policies based, in part, on the expectations of clients and stakeholders.

“We are committed to finding ways to balance the transition to a low-carbon economy while supporting efforts to meet global energy needs and our energy clients,” the statement said. “Due to its particular ecological and social significance and vulnerability, RBC will not provide direct financing for any project or transaction that involves exploration or development in the Arctic National Wildlife Refuge.”

Globally, investors are demanding more information from market participants about how their operations affect the environment – and how the environment affects them. Banks are facing increasing pressure to identify and manage climate-related risks, from both a financial and reputational perspective.

Advocacy organizations have for months urged banks to rule out backing new drilling projects in the refuge, which contains nearly 20 million acres of land and water and is home to hundreds of wildlife species. Environmental group Stand.earth created a petition calling on Canada’s largest banks to refuse financing projects there, saying that “any oil and gas company that tries to drill in the refuge – and by extension, any bank that finances their activities – will undoubtedly face enormous public and investor backlash.”

RBC’s guidelines were welcomed by the Yukon’s Vuntut Gwitchin First Nation and the Northwest Territories' Gwich’in Tribal Council, which have been at the forefront of efforts to compel Canada’s big banks to acknowledge the environmental effects and financial risks associated with drilling in the refuge. In a joint statement, the Indigenous groups said RBC joins more than two dozen global financial institutions in rejecting drilling in the refuge, including major U.S. banks such as Goldman Sachs Group Inc. The joint statement described RBC as the first chartered bank in Canada to formalize its commitment to conservation in the Arctic refuge.

“It is promising to see a leading Canadian chartered bank developing environmentally conscious policies and we are hopeful that other Canadian financial institutions will follow their lead,” said Ken Smith, the grand chief of the tribal council.

When it comes to the Arctic more generally, transactions that directly support exploration or development now require enhanced due diligence and must be approved by a senior oversight committee, the RBC policy says. Exploration or development projects in UNESCO World Heritage sites are also now off-limits for direct financing because of their “cultural and natural significance.”

The guidelines also say coal-fired power is one of the largest global sources of greenhouse gas emissions, while acknowledging it as a significant source of electricity generation in some jurisdictions – especially in developing economies. As such, the bank said it is formally identifying coal-fired power and coal mining as “high risk” and imposing new restrictions on transactions in the sector. For example, RBC will not provide financing to new clients that operate significant thermal coal mining (more than 60 per cent of revenue) or coal power generation assets (more than 60 per cent of generation, in megawatts an hour).

It will provide financing to new clients that operate some assets below those thresholds, so long as the client can provide clear evidence that they are reducing their use of coal, lowering their emissions or converting to technologies that will lower their emissions.

Queen’s University finance professor Ryan Riordan said RBC’s formal commitment to the environment on the issues of coal and Arctic exploration could spur other financial institutions to do more to protect the planet. “This is an important step towards financing a transition from high-carbon to low-carbon operations in the coal industry,” said Prof. Riordan, who also serves as the director of research at the university’s Institute for Sustainable Finance. “In addition, the explicit recognition of the importance of protecting the Arctic represents a meaningful change for the better.” 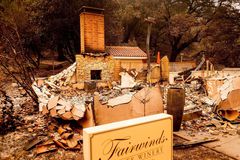