The RCMP is changing how it approaches white-collar crime in Canada and aims to bolster its ranks with more expertise from outside the force to fight stock-market abuse, including capital markets specialists, data experts and forensic accountants.

The move comes amid an acknowledgment by the force that its efforts to fight crime in the capital markets need to be updated after an era of cutbacks and shifting priorities diverted the focus away from those investigations and into other areas, such as terrorism and drug crimes.

RCMP Chief Superintendent Scott Doran told The Globe and Mail that, over the past decade, the force had moved to a more generalist approach, but the rapidly evolving world of white-collar crime requires a more advanced strategy, with targeted expertise.

“We realized, as time went on, the skill sets that we possessed both in market enforcement and financial crime are very perishable and it takes but months for people to lose their expertise in an area,” Chief Supt. Doran said. “So I think we recognize that and we’re now reverting back to try and become more specialized, but in fewer areas.”

The RCMP is now taking stock of the tools it needs to keep pace with the evolution of financial crime, where offences can involve complex accounting schemes or may require advanced data analysis to track.

“We’ve been mandated to reconstitute our efforts against market malfeasance, market criminality and so on,” Chief Supt. Doran said.

“We also want to take a look at what we don’t have. So, are we missing any elements? And that’s the exercise we’re undertaking now,” he said. “Do we need more people that have worked in the markets?”

The RCMP is no stranger to hiring civilians into the force, particularly when specific types of work are needed. Mr. Doran said the white-collar crime operations are in need of specific skills that are typically not developed in-house, such as data analysis, that may give the force a better picture of how financial crimes are being committed and what trends are emerging.

Chief Supt. Doran pointed to a recent investigation by The Globe into white-collar crime in Canada as an example of some of the analysis the RCMP wants to expand within its ranks. The Globe investigation, which analyzed up to 30 years of securities offences at 13 financial regulators across the country, looking for trends embedded in the numbers, found that one in nine people accused of capital-markets offences are a repeat offender. The data also indicated many of these offenders move from province to province to evade regulators.

“Exactly the types of things that you have done, and taking it a bit further, would be some of the areas we want to get into,” said Gordon Aristotle, the officer in charge of the RCMP’s financial crime operations. “It hasn’t been something that we’ve been strong in, but perhaps we need to be a bit stronger in those areas of market surveillance.”

The RCMP revamped its white-collar crime investigations at the turn of the century with the creation of Integrated Market Enforcement Teams (IMETs), which drew upon outside expertise from accounting to securities experts. However, the IMET system was designed to go after the biggest securities cases, and ran into problems when it struggled to land convictions. Eventually, resources and focus within the force shifted to other priorities such as border security and terrorism investigations.

Chief Supt. Doran said the force now wants to change the way it uses specialized expertise in its investigations by bringing those people into the process sooner.

“We’ve traditionally used, for instance, forensic accountants to look at the data after we’ve conducted a search. Give them a couple of banker’s boxes and say, ‘Can you go through this?’ ” Chief Supt. Doran said.

“But really what we haven’t been very good at is using that same forensic accountant to come interview somebody with us – to come sit down with us and talk to the bad guys ... So together we’ll be able unpack a very complex story in a way that makes sense.”

Chief Supt. Doran said the new strategy will take time. “There’s always going to be issues,” he said. “So where there are gaping holes, can we plug them?” 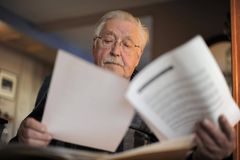 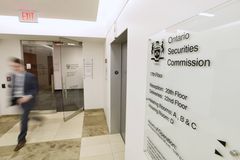