A capital markets fraud investigation involving the RCMP and several securities regulators is under way into an apparent “pump and dump” stock promotion mail campaign that has blanketed the country over the past few months and caused wild swings in the shares of a tiny Canadian mining exploration company.

In April and May, letters were delivered to households in cities across the country by Canada Post, aggressively promoting shares in Crestview Exploration Inc., a British Columbia-registered gold exploration company that trades for pennies on the Canadian Securities Exchange.

Feeding off fears of pending economic catastrophe brought on by the coronavirus pandemic – and gold’s status as a safe haven investment – the letter claimed investors would strike it rich by buying shares in Crestview.

"CORONAVIRUS AFFECTING MARKETS: READ NOW,” the envelope said in red capital letters. Inside, a stock-picking wizard called James Campbell wrote that shares in Crestview were poised to “explode” by more than 500 per cent.

“I’ve stumbled upon what I firmly believe could be 2020’s greatest Canadian success story,“ wrote Mr. Campbell, who claimed to be a graduate of Harvard Business School and a Stanford University-educated geologist.

“Crestview is literally sitting on billions of dollars of precious metals, but the company’s share price is trading at bargains.“

Much of the content of the letter appears to be grossly misleading and “contained elements that often appear in questionable investment solicitations,” wrote Doug Muir, director of enforcement with the British Columbia Securities Commission (BCSC), in an e-mail to The Globe and Mail.

“Those elements included a promise of extraordinarily high returns, an exploitation of investors’ fears and emotions in the midst of a pandemic, the absence of any legitimate contact information – no phone number, no physical address or even a mailing address, just a website link – dubious claims of expertise, combined with overly casual language for an investment solicitation.”

Crestview owns a number of claims in Nevada and, like hundreds of other companies in the sector, has struggled to raise money for drilling. Its market value is a mere $8-million. Far from sitting on billions, Crestview holds zero dollars in precious metals reserves.

The company says it had no role whatsoever in the dissemination of the letter, adding that it has caused damage to its investors and threatens its ability to conduct business as usual.

As a flurry of promotion letters was distributed in early April, shares in Crestview ran up from 73 cents a share to $1.38, a gain of 89 per cent. A little over a week later, the shares plummeted to 66 cents, a drop of more than 50 per cent. 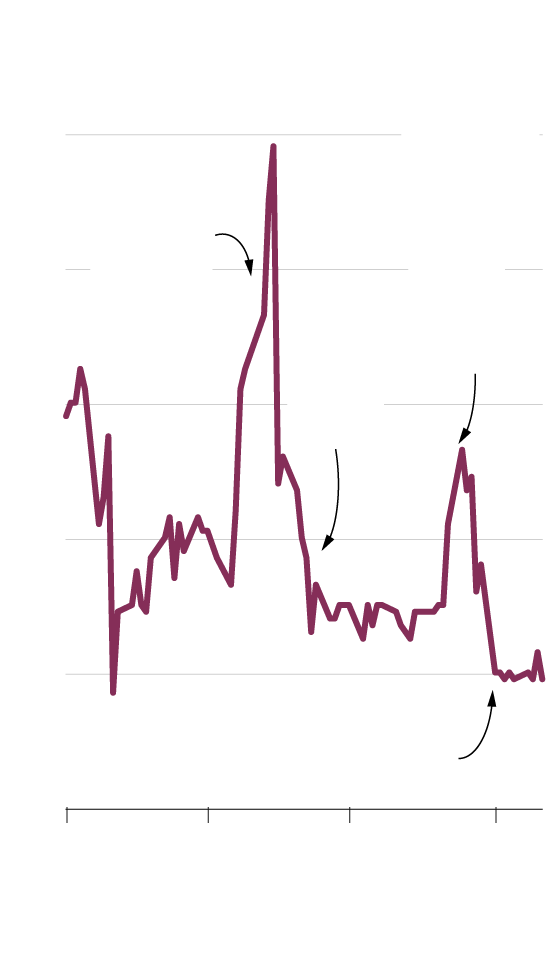 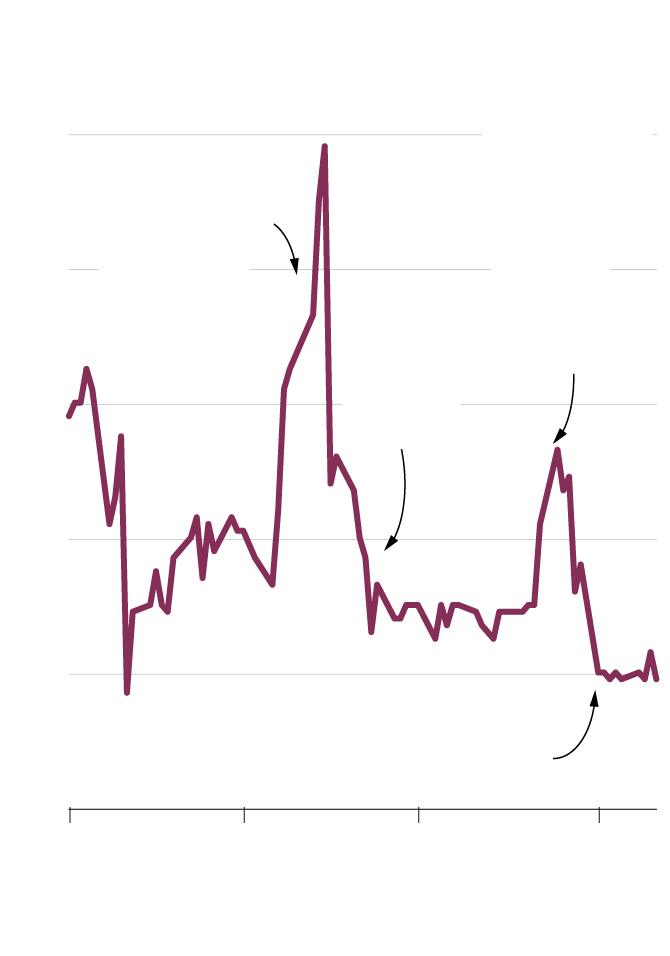 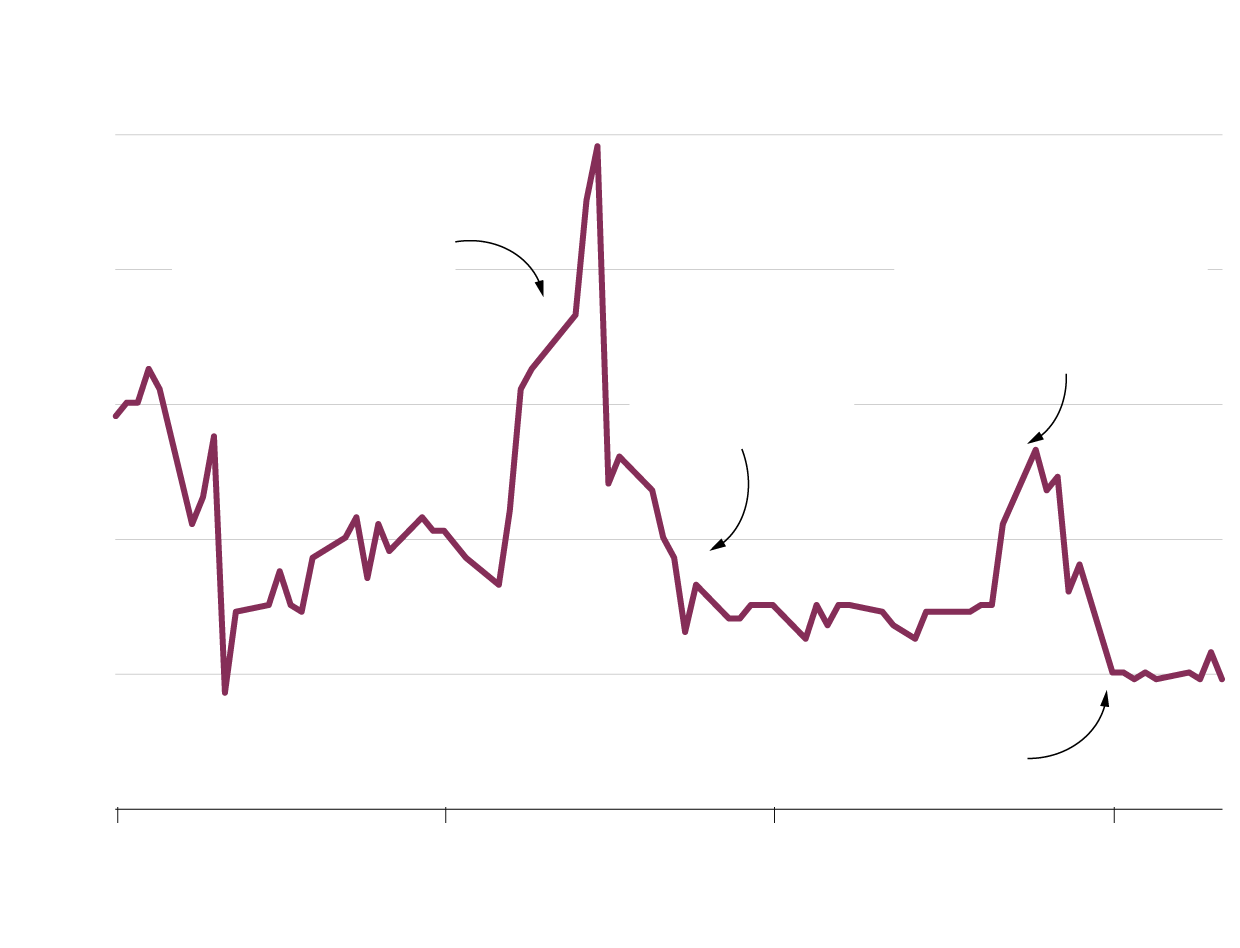 Shares ran up from 73

per cent from 69 cents

to 93 cents after more

In late May, another wave of letters was distributed in Canada, including in the Toronto area. (One of the authors of this article received it at that time). From May 19 to May 25, the stock raced from 69 cents to 93 cents, a gain of 35 per cent. That was quickly followed by a 35-per-cent crash, to 60 cents, by June 1.

Trading volumes during both periods were exponentially higher than normal.

The trading patterns in Crestview conform closely to a classic pump-and-dump stock manipulation. In such schemes, individuals acquire shares at low prices, spread false information that “pumps” up the value, then “dump” the shares at vastly inflated prices. The liquidation of huge volumes of stock causes the price of the shares to crash, wiping out others who bought during the promotion period.

“It’s obviously capturing an unsophisticated type of investor, which is horrible,” said Mr. Watson, who says he believes the James Campbell of the letter is fictitious.

“I’ve had calls from the elderly. An 80-year-old gentleman wanted to buy the stock. I’m, like, 'Sir, talk to an adviser. Talk to your family. This isn’t for you.”

At the behest of the regulators, Crestview also issued a warning.

This week, the BCSC and the Alberta Securities Commission (ASC) confirmed to The Globe that an investigation has been launched to find out who is behind the letters.

The RCMP also confirmed that its Integrated Market Enforcement Team (IMET) in Calgary is investigating.

The RCMP’s specialized capital markets fraud squad has the power to lay criminal charges that may result in prison sentences.

Crestview’s Mr. Watson couldn’t believe the delivery of the apparently fraudulent letters continued for more than a month after multiple warnings from securities regulators. Even the company’s chief financial officer got one.

“I would never, ever dream of anything as brazen,“ he said. “[Warnings] from regulators and then you continue to send it out. That is ballsy, man.”

Mr. Watson is not a major shareholder in Crestview, although he cashed in a small amount of stock options at a significant profit early in the year, well before the April wave of promotion letters was sent out.

“None of us have ever had a black mark. Everybody in the board’s been in the business a long time and never been associated with any sort of pump and dump like this,” he said.

He said he and others at Crestview have been questioned by the BCSC, the ASC and the Investment Industry Regulatory Organization of Canada (IIROC) about the letter. But he said that the company has been exonerated and that nobody there is still under investigation.

However, two securities regulators dispute that.

In an e-mail to The Globe, Hilary McMeekin, a spokesperson with the ASC, said Mr. Watson’s claim about the company being exonerated is “inaccurate.”

And when asked if Crestview was in the clear, Mr. Muir said the BCSC had “not reached any conclusions.”

Scott Reeves, the general counsel with Crestview, later clarified in an e-mail to The Globe that the regulators never told the company it had been exonerated.

“I can only think that Glen used the wrong term,” he said.

In addition to being CEO of Crestview, Mr. Watson works for two stock promotion websites, Ubika Research and SmallCapPower. On two occasions this year, SmallCapPower published short “analyst” articles about Crestview that were promotional in nature. According to Mr. Watson’s LinkedIn account, he was president of SmallCapPower when the posts were published. However, neither post disclosed that he was also the CEO of Crestview.

When asked about the apparent conflict of interest, Mr. Watson said there actually wasn’t one because he had briefly left SmallCapPower during the period the posts were published. He said he rejoined the stock promotion website at a later, unspecified date and had had no say in what was published on the site while he was away. He did not account for the discrepancy in his LinkedIn bio.

With 2.4 million shares, Crestview chairman Dimitrios Liakopoulos is one of the biggest stakeholders but hasn’t sold any stock this year. In fact, Mr. Liakopoulos has been a buyer, exercising warrants in February that enabled him to buy an additional 460,000 shares at far below the market price.

He said he had no role in distributing the promotion letters and added that the campaign had inflicted great damage on the company, hurting its ability to raise money.

He is no stranger to small-cap investing. He has been a lender to a number of development-stage companies that were the target of aggressive stock promotions, many through mass online mailers, some of which correlated with big swings in the share prices of the companies. These include Portlogic Systems Inc., UOMO Media Inc. and Luminar Media Group Inc.

Mr. Liakopoulos said he had nothing to do with those promotions either and never benefited financially.

“Putting money into small-cap companies is one thing,” he said. “But I never sold stock during those promotional campaigns.”

Most aggressive stock promotions in recent years in Canada have been done through unsolicited e-mail blasts and social-media campaigns or hyped through “pay for play” exposure by newsletter writers. Using the mail service is old school.

“It’s very unusual now for a stock promotion to be done by physical mail,“ Mr. Muir said. “We haven’t seen something like this in several years.”

The use of the postal system to orchestrate a fraudulent stock promotion campaign is also unusual because it’s difficult for whoever might be behind the campaign to remain anonymous, said Chris Rougier, an expert in direct-mail campaigns and a partner at MPH Agency, a boutique marketing firm.

Mr. Rougier, who ran the Conservative Party of Canada’s mail campaigns from 2007 to 2012, said there would have to be paperwork showing who paid for the mailing, whether the sender paid Canada Post directly or if they hired a mail supply service to provide Canada Post with the letters. If the sender dropped off the envelopes at a Canada Post location, there should also be videotape of them doing so, he said.

He also said the time span between the different waves of mailings suggests that someone dropped the letters off at different postal locations.

The cost to mass mail the letters across Canada would also have been considerable. Canada Post charges 16.7 cents per unit for “unaddressed ad mail,” said Mr. Rougier. So if the letters were delivered to, say, a million Canadian addresses, the sender would have been billed $167,000.

Canada Post continued to deliver the letters even after it was made aware by securities regulators that the content was potentially misleading. But because no entity has yet been charged by a regulator or law enforcement agency, the letters have not been proved to be illegal. Canada Post therefore had a legal obligation to continue to deliver them.

“This mail item is not considered non-mailable matter,” Canada Post wrote in an e-mail to The Globe. “Canada Post does not have authority over what can or cannot be expressed in mail pieces. Commercial speech, such as that in advertising mail, is protected by the Canadian Charter of Rights and Freedoms.”

Among the recipients of the letters was retired RCMP securities markets fraud investigator Henry Tso.

He has investigated a number of Canadian pump-and-dump scams in the past and said these kinds of stock fraud are typically carried out by either insiders or third parties, which could include organized crime.

According to regulatory industry experts, as part of the investigation, the IIROC will scrutinize trading in the shares over the past few months and look for suspicious patterns, particularly large purchases of cheap stock before the letters were distributed, followed by liquidations at or near the peak of the price spikes.

The IIROC will also look at anyone who shorted the stock in recent months and benefited from the crashes.

In some of the Crestview letters, there was a reference to a website called ResearchReport.ca. The site was registered a month before the initial wave of letters went out but is no longer operable.

On other versions of the letters, a Canadian business news site called canadianinvestor.com is mentioned, suggesting it was involved in the distribution.

Rebecca Badowich, who runs canadianinvestor.com, said she had no role in distributing the letters. In fact, as soon as she found out the site’s name was being used in the letters, she alerted the BCSC.

“Our name was fraudulently and illegally used without our permission,“ she wrote in an e-mail to The Globe. “We have absolutely no affiliation with the company, have never reported on that company, and condemn the unauthorized use of our name.”

Editor’s note: An earlier version of this article incorrectly referred to an authorized rather than unauthorized use of a name.