Stock market darling Dye & Durham Ltd. (DND-T) is facing an outcry from Ontario lawyers after hiking prices charged to them by the Toronto technology company’s most recent acquisition.

In December, D&D acquired DoProcess, Canada’s largest provider of real estate practice-management software, from Teranet Inc. On Jan. 11, D&D informed real estate lawyers across Ontario it would raise prices a week later on The Conveyancer (which D&D has renamed Unity), a DoProcess program law firms use to process transactions, by more than 400 per cent – to $129 per deal, from $25.

That caused an immediate uproar. The Globe interviewed six industry participants who said the move would force higher costs on nearly every home buyer in the province. “I actually called them because I thought [the size of the increase] was a typo,” said Katlyn Purdon, an administrative assistant at Purdon Law in Mississauga. Ms. Purdon estimates The Conveyancer has a 90 per cent market share in Ontario

Ms. Purdon said the Law Society of Ontario requires law firms to pass on transaction fees to their clients, which means the price increase will hit the wallets of anyone buying, selling or refinancing a home in Ontario. She estimated that total fees charged by her firm for using The Conveyancer would balloon to $65,000 per year from $10,000.

Ron Butler, a Toronto-based mortgage broker, said “Ontario consumers have had enough of a beating for the last year” as home prices rose. “They don’t need another cash grab … particularly at a time like this. It’s simply vile to increase the price by five times.”

Adam Peeler, a spokesman for Dye & Durham, said in an e-mailed statement: “The company believes that its software is priced appropriately to reflect the significant value that it provides to its customers.”

The price increase has pushed some lawyers to seek other options, but moving to another system presents challenges, particularly for small firms that lack IT departments. Toronto lawyer Avi Charney said there is a competitor, LawyerDoneDeal Corp., but he considers its Realtiweb conveyancing product to be inferior, and he has built his practice on DoProcess.

The price hike prompted the Federation of Ontario Law Associations to ask DoProcess in a Jan 18 letter to “reconsider this drastic measure,” after it heard from “a very large number of our members … expressing frustration and outrage.”

In fact, price hikes are a core part of D&D’s growth-by-acquisition strategy.

In September, 2019, for example, KVP told customers it would increase prices the following week, including an 80 per cent hike for court filings – to $18 per filing from $10. Almost immediately, clients contacted rival Eldor-Wal Registrations looking to switch, said Luke Manca, Eldor-Wal’s managing partner. Since then, Eldor-Wal’s client base has increased by 10 per cent “within certain service streams” as KVP clients moved over, he said

D&D’s strategy is to buy companies that provide critical software-based services to law firms – and that have little competition and high switching costs – and then hike prices, which the firms then pass on to clients. That “reduces the likelihood that customers seek out new vendors once the solutions have been implemented, regardless of cost,” the company stated in its prospectus last year.

Julia Ibanescu, a family lawyer in Red Deer, Alta., was using ESILaw, until D&D, which acquired it in August, 2018, and announced a price increase last spring. She said her ESILaw costs would increase 42 per cent, and the company gave her 30 days to sign a three-year contract.

“ESILAW is by far the most feature rich Canadian focused accounting product in the market,” he wrote. “Most important, ESI STILL HAS CHEAPER PRICING than [rivals] Cosmolex and Clio. We’re just asking for a fair (and cheaper] price for the best product in the Canadian market.”

Ms. Ibanescu wasn’t satisfied and switched to another service. “Every single transaction that we have is recorded in ESILaw,” she said. “To change from one program to the other was Titanic.”

BMO Capital Markets analyst Thanos Moschopoulos said there’s little customers can do as D&D “seems to have significant pricing power in many of its market segments.” He noted after D&D bought a similar e-conveyance software company in B.C. and jacked up prices, lawyers “grumbled … but ultimately the pricing stuck. I think the same will hold true with DoProcess.”

“With each acquisition we see a pretty common playbook, which typically involves dramatically scaling back customer support, research and development investment – and therefore meaningful product updates – while increasing prices in a hyper-aggressive way,” Mr. Newton said. ”I think the grim calculus these companies often make is that they can get away with aggressive pricing increases. These are difficult products to switch away from.”

He added industry consolidation “has benefited Clio in a material way,” as 25 per cent of new customers came from legacy providers.

D&D halted its original plan to go public in fall 2018, but met with a warm response last year during its second run at the public markets last year as tech stocks took off during the COVID-19 pandemic. The $150-million IPO last July was 13 times oversubscribed and the stock nearly doubled its issue price of $7.50 a share on its first day of trading. The stock climbed to $40 last month on news of the DoProcess acquisition, but fell 7 per cent on Tuesday to $39.41.

D&D follows a long line of Canadian industry consolidators that have won Bay Street’s support. Some have thrived, including retail giant Alimentation Couche-Tard Inc., while others, such as drug company Valeant Pharmaceuticals Internatlonal Inc. (now Bausch Health Cos. Inc.) have foundered. 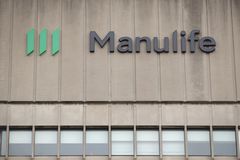 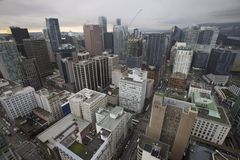 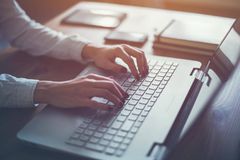