As its cinemas remain closed and operations have stalled amid the pandemic, Cineplex Inc. is asking full-time staff to take a pay cut and has announced that members of the executive team are suspending their own pay for two weeks.

All Canadians have been urged to help slow the spread of COVID-19, and many non-essential businesses have closed and temporarily laid off staff. Canada’s largest cinema chain has laid off hourly workers at its 165 theatres and entertainment venues such as the Rec Room and Playdium. Now it has told its remaining employees that they will also face temporary layoffs if they do not accept a reduction in pay. Full-time salaried employees include head-office staff, as well as some managers at its theatres.

The term for the pay cut began Saturday and will continue until April 17.

“We are aware that this is a lot to ask during what is already a very challenging and uncertain time for us all,” chief executive Ellis Jacob wrote in a memo Friday. With the safety concerns around COVID-19 addressed by closing the theatres and asking employees to work from home, he said the executive team’s focus “has shifted to ensuring the long-term stability of our business and our readiness to return once the crisis has passed.”

After two weeks without pay, executives at the senior vice-president level or above will be paid 40 per cent of their regular salary; vice-presidents and executive directors will be paid 55 per cent; and all others will be paid no less than 60 per cent. The company said it would also cover the costs of health benefits for employees who choose to stay on and accept the pay reduction.

For hourly workers who have been temporarily laid off but do not qualify for Employment Insurance, the company is planning to pay “a lump sum similar to what they would have received through EI” for a period of 2½ weeks, the memo stated. Like some other companies that have been faced with layoffs, Cineplex is in contact with retailers that are hiring temporary workers, such as grocery stores, to discuss placements for laid-off employees.

“Our current intention is to rehire all of you when operations resume,” Mr. Jacob wrote in the memo.

Cineplex confirmed the plans in a release Monday and said it planned to “canvass our elected representatives” about relief measures for the retail industry.

Like many retailers whose operations have been affected by the pandemic, Cineplex’s stock has taken a significant hit. One month ago, its share price was more than $33; for the past week it has traded below $11.

In December, British-based cinema conglomerate Cineworld Group PLC announced a $2.8-billion deal to acquire Cineplex. Investors are concerned the unprecedented global crisis of COVID-19 could put such deals in jeopardy.

In the memo, Mr. Jacob wrote that “nothing has changed with respect to the status of the transaction,” but added that while both companies are focused on managing the pandemic, they have suspended work on integrating operations with Cineworld-owned Regal Cinemas.

“We have a strong company and are taking steps to ensure that we can rebound once things stabilize,” Mr. Jacob wrote.

As waves of layoffs have affected movie-theatre staff across the country, a pair of Canadians who lost their cinema jobs have launched a crowdfunding campaign to support their peers. Inspired by the Cinema Worker Solidarity Fund in New York launched last week, which has raised US$73,000, the Canadian Cinema Worker Fund hopes to raise $22,500 to cover one week’s worth of wages for 50 workers, assuming a 30-hour week at $15 an hour.

“If we reach our goal, we’ll be able to respond to people’s individual level of need, but as things currently stand we’re looking at doing an equal percentage payout, so that everyone who’s applied receives some measure of support,” said Mike Archibald, a filmmaker and writer who had yearly contracts with the Vancouver International Film Festival. He set up the fund with Michael Scoular, who worked at VIFF’s Vancity Theatre before it shut down March 16.

The fund hopes to begin payouts March 25, although donations will be accepted past that point. It is open to laid-off staff of independent and corporate-owned theatres alike – from concession and maintenance workers to box-office cashiers, projectionists, ushers and managers.

Mr. Archibald and Mr. Scoular have been in contact with the Network of Independent Canadian Exhibitors (NICE), a coalition that includes 25 independently run cinemas across the country, about promotion and support for the fund. Some NICE members, including Toronto’s Revue Cinema, were able to pay their employees out for the scheduled week, while others, such as the Paradise in Toronto, had to temporarily lay off all their hourly employees, providing records of employment along with instructions on how to apply for EI.

“It’s a hard time, and hard to know the future in our little sector,” said Sonya William, director of communications for the Paradise. Opinion
Canadian businesses need much bigger subsidies for salaries during this crisis
March 22, 2020 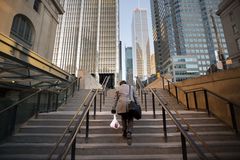 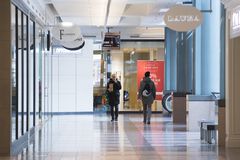