Corus Entertainment Inc.’s television ad revenue grew 10 per cent in the past quarter despite the fact the Toronto Raptors’ playoff success drove some viewers to other networks, the company’s CEO says.

The Toronto-based company, which owns the Global Television Network as well as radio stations and a slate of specialty TV channels including W Network and HGTV Canada, reported TV advertising grew 10 per cent in the three months ended May 31. The television segment makes up roughly 90 per cent of Corus’s revenue, and that growth helped boost the company’s overall revenue to $458.4-million in the third quarter, compared with $441.4-million in the same period a year ago.

A dim spot in the quarter (and into the fourth quarter in early June) was the unprecedented playoff run of the Toronto Raptors, whose games are broadcast on TSN and Sportsnet, owned by Corus competitors Bell Media and Rogers Communications Inc., respectively. The team’s success was “a pretty massive drain on impressions," chief executive officer Doug Murphy said.

While cautioning that marketers are “reinventing their campaign strategy every quarter” and that the ad market is volatile, Mr. Murphy said he is cautiously optimistic and expects some modest growth in the fourth quarter as well – though growth will slow in what is traditionally a weak time of year for TV advertising.

“There appears to be an industry-level reassessment of the TV/digital ad mix,” Canaccord Genuity analyst Aravinda Galappatthige wrote in a research note on Wednesday. “ … There is reason to believe that this shift is unlikely to be just a one-year phenomenon.”

Mr. Murphy repeated a call for the industry to think ahead to preserve this momentum, adapting to changes in how audiences watch shows, movies and other video content.

Corus recently struck a partnership with Rogers to co-operate on selling advertising through an automated ad-buying platform Corus owns called Cynch. To do so, the companies have harmonized their definitions for certain audience segments so that advertisers know that “empty nesters,” “young metro diversity” or “fashionista” segments are based on the same demographic groups, no matter which company’s stations they buy with.

Mr. Murphy said he’d like to see more partnerships such as this one with other media companies that usually compete with Corus, emphasizing that they need to work together to “build a robust media sector” in Canada at a challenging time for the industry. While demand for TV advertising is still strong, viewers are migrating to other platforms beyond the traditional TV subscription, meaning there is less ad inventory for TV companies to sell.

To attempt to reach those cord-cutters, Corus recently announced the launch of a digital subscription service called Stack TV, available as a $13 add-on for Amazon Prime subscribers and including both live and on-demand content from 12 of its channels. This is “the beginning of an opportunity for our company,” Mr. Murphy said, since Corus expects more digital subscription services to come to Canada.

The company also recently struck a partnership with Twitter that will offer its video-production capabilities to advertisers making content specifically for that platform. And he said the company, which already has strong viewership among women, is working to build younger male audiences. The recent launch of the Adult Swim channel and a partnership with digital media company Complex are examples.

On the call, Mr. Murphy expressed his frustration with the regulatory landscape in Canada, saying the pace of change is too slow. In its submission to a panel reviewing the legislation that governs the broadcasting and telecommunications sectors in this country, Corus argued for a significant reduction in regulatory requirements, as well as relaxed rules about foreign ownership of Canadian media companies. It also argued that any changes to legislation, which take time to work their way through Parliament, would not come soon enough for the industry, and that regulatory changes should be urgently considered.

Corus reached a goal of reducing its net debt one quarter earlier than expected, and reported a ratio of 2.92-times net debt to segment profit.

Last month, Shaw Communications Inc. sold its 38-per-cent stake in Corus to a group of 13 investment dealers led by TD Securities Inc., in what is known as a bought deal. The group then attempted to sell the stock to other investors at a discount, but the sale went poorly, which pushed down Corus’s stock price. 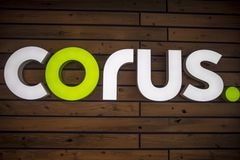 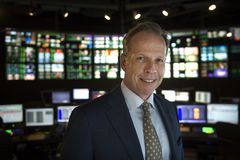 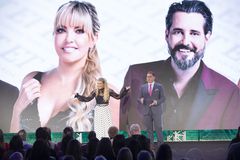