Montreal cancer drug developer Repare Therapeutics Inc. joined the ranks of US$1-billion Canadian drug developers Friday, debuting in late-morning trading at $32.05 a share on the Nasdaq – a 60-per-cent leap from its issue price set Thursday. It is the largest ever initial public offering of a Canadian biotech and follows a string of big fundings of domestic startups.

Sources say the 11-million-share offering was more than 20 times oversubscribed. The company upsized its IPO three times this week and could raise up to US$253-million in gross proceeds if its U.S. underwriters Morgan Stanley, Goldman Sachs, Cowen and Piper Sandler exercise their option to buy 1.65 million shares. The stock peaked at US$34 before closing at US$30.80, giving the company a market capitalization of US$1.1-billion.

This has been a strong year for biotech IPOs, with more than two dozen issues south of the border raising a combined US$3-billion, followed by an average stock-price gain of 86 per cent, Morgan Stanley’s managing director and chair of biotechnology investment banking Jessica Chutter said Tuesday during an online panel held by the Canadian Venture Capital and Private Equity Association (CVCA).

“People are realizing health care is a good defensive asset to have in an economic downturn,” said Jean-François Pariseau, a partner with Montreal-based Amplitude Venture Capital, an early Repare backer.

It’s also a big win for the Quebec investors that backed Repare early on, including Teralys Capital and the Fonds de solidarité FTQ – one of the few Canadian institutions that invest actively in domestic biotech. The Fonds invested US$9.75-million in two private financings in 2017 and 2019 and held 1.75 million shares at issue, worth US$54-million at Friday’s closing price.

Despite the activity, there has been little Canadian institutional investor interest in the domestic sector outside Quebec, with one exception when Canada Pension Plan Investment Board invested in Fusion this year. The sector drew little funding support and generated heavy losses in Canada in the 2000s. But it has rebounded in the past decade owing to government aid, new drug developments built on breakthroughs in areas such as genetic research and artificial intelligence, the growth of domestic biotech venture-capital firms and the arrival of global investors drawn to opportunities in Canada.

“My prediction is that in the long run large [Canadian] institutional investors won’t be able to ignore or not allocate to the sector,” Mr. Segal said. “That’s just math. Life science and biotech and bio-pharmaceuticals have powered the performance of the index. If you weren’t participating in biotech you would have much harder time meeting your benchmark.”

Ms. Chutter – a Canadian who lives in Toronto and who co-led both the Repare and Fusion IPOs for Morgan Stanley – said during the CVCA panel: “The Canadian companies here are absolutely on par in terms of everything we’re seeing” in the U.S., where much of the biotech investor demand originates. “All of us [in Canada] should be participating here because we’ve got the science, we’ve got the people and we’ve got the ability to think big.”

Repare is developing “precision oncology” drugs that attack genetic defects in cancerous tumours, preventing toxic cells from repairing their DNA. The goal is to treat smaller patient groups based on their genetic makeup, with the hope the drugs will respond more effectively while generating fewer side effects.

The company was founded in 2016 by research scientists from New York University and Toronto’s Mount Sinai Hospital, including Dan Durocher, principal investigator at Toronto’s Lunenfeld-Tanenbaum Research Institute, whom Mr. Segal described as “the oncology gene-whisperer.” Mr. Segal joined the company after serving as an entrepreneur-in-residence with San Francisco’s Versant Ventures, one of the most active foreign investors in Canadian biotech and Repare’s creator.

Repare, which aims to get its lead drug into human trials in the third quarter, struck a partnership last month with Bristol Myers Squibb to identify drug candidates.

Mr. Segal, 56, a former McKinsey & Co. consultant who previously led three biotech firms, conducted the marketing road show for the IPO virtually, holding 130 investor meetings by phone and video conference, from his home in Westmount, Que. “Banks are going to wonder if you ever need to do [in-person road shows] again,” he said. “It’s much better for the environment, much easier for the teams and more efficient.”

He credited Ms. Desjardins, who took Clementia public in 2017 and sits on the boards of several biotech firms, as his “secret weapon through [the process] … she’s a great adviser. If there’s any success in this IPO I ascribe a lot of the credit to her.” 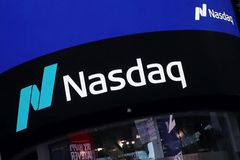 Repare Therapeutics seeks to raise up to US$152-million in Nasdaq share offering
June 16, 2020