The Trump administration is threatening to impose tariffs of up to 25 per cent on imported vehicles, a move that would all but destroy Canada’s auto sector and cranks up the pressure in deadlocked NAFTA negotiations.

On President Donald Trump’s order, U.S. Commerce Secretary Wilbur Ross launched an investigation late Wednesday into car and truck imports under section 232, an obscure provision of U.S. trade law that allows the government to slap duties on imports it deems a threat to national security.

The latest trade drama comes as the renegotiation of the North American free-trade agreement remains at an impasse over automotive content rules. Such tariffs would cancel out the deal, making it prohibitively expensive to import vehicles to America and encouraging Canadian and Mexican auto plants to relocate to the U.S.

Earlier in the day, Mr. Trump said Canada had been “very difficult to deal with” and was “very spoiled” by NAFTA. U.S. auto workers, he said, would be “very happy” with his upcoming announcement.

“NAFTA’s very difficult. Mexico has been very difficult to deal with. Canada has been very difficult to deal with. They have been taking advantage of the United States for a long time. I am not happy with their request. But I will tell you, in the end, we will win – and we’ll win big,” he told reporters on the White House lawn as he prepared to depart for an event in New York. “They’re very spoiled because nobody’s done this. But I will tell you, what they’ve asked for is not fair.”

One U.S. industry source briefed on the administration’s internal trade deliberations said the tariff plan has been under discussion for some time. But the source said it is meant only as a pressure tactic to push Canada and Mexico for a better deal on NAFTA, and to press other countries that are currently negotiating exemptions from U.S. steel and aluminum tariffs. The source said it is unlikely any auto tariffs would actually materialize.

One Canadian official, speaking on condition of anonymity, said they had heard nothing of the potential investigation before word leaked out of the White House and into the Wall Street Journal Wednesday afternoon, a few hours before the announcement.

A 232 investigation could take months before deciding whether to impose tariffs, creating months of mounting pressure on U.S. trading partners.

“There is evidence suggesting that, for decades, imports from abroad have eroded our domestic auto industry,” Mr. Ross said in a statement. “The Department of Commerce will conduct a thorough, fair and transparent investigation into whether such imports are weakening our internal economy and may impair the national security.”

The department said market share of imported vehicles had been rising while employment in auto manufacturing was falling.

Mr. Trump used 232 earlier this year to hit steel and aluminum imports with levies of 25 per cent and 10 per cent.

The U.S. temporarily exempted Canada and Mexico from those tariffs pending the outcome of NAFTA talks. The exclusion, however, runs out on June 1, and Canada is lobbying furiously to get it extended. One possibility under discussion, said a source with knowledge of the NAFTA negotiations, is for the three countries to announce a high-level agreement on autos before June 1 – which would be enough for the U.S. to extend the exemption – and then keep negotiating the details.

A 232 investigation on vehicles would turn up the heat on Canada and Mexico even more.

“This guy is amazing. Wow,” said Flavio Volpe, president of the Automotive Parts Manufacturers of Canada, who added that he had not heard of the idea.

If it applies to all countries, a vehicle tariff would penalize Ford Motor Co. and General Motors Corp., which have assembly plants in Canada that ship as much as 80 per cent of their production to the U.S. market, as well as Fiat Chrysler Automobiles NV and exports from its two assembly plants in Ontario.

Spokespeople in Detroit for Fiat and Ford refused to comment late Wednesday.

It would also affect Honda Motor Co. Ltd., which assembles the Civic compact car and CR-V crossover in Alliston, Ont., and Toyota Motor Corp., which has begun a $1.4-billion investment in its Canadian plants in Cambridge and Woodstock, Ont., to boost production of its RAV-4 crossover, the best-selling vehicle in its lineup in Canada and the United States.

The Detroit-based companies – as well as many offshore-based auto makers such as BMW AG and Volkswagen AG – also have large vehicle assembly operations in Mexico that would be subject to such a tariff.

Peter Sklar, auto analyst with BMO Nesbitt Burns, said about 3.9 million vehicles were imported into the United States last year from Europe and Asia. That was more than 20 per cent of total U.S. sales.

Autos are the Trump administration’s top priority in the NAFTA talks. His trade chief, Robert Lighthizer, has demanded more stringent rules on auto content to ensure that more components in North American-made cars – particularly steel, aluminum and glass – are sourced from within the NAFTA zone. He is also demanding that 40 per cent of the content of a vehicle come from plants where workers make at least US$15 an hour, a policy meant to move jobs back to the U.S. from Mexico, where auto workers make an average of US$4 an hour.

Both Canada and Mexico proposed deals this month that would have resolved the auto issue in exchange for the U.S. dropping other contentious demands. Mr. Lighthizer, however, rejected them both and has signalled he is prepared for a long negotiation.

Canadian Foreign Affairs Minister Chrystia Freeland said Wednesday that negotiators are still talking. She spoke Monday with Mr. Lighthizer and Mexican Economy Minister Ildefonso Guajardo. She is ready to meet them both, she said, whenever there is a possibility for a breakthrough.

“The three of us agreed to be in constant contact, to be available to one another at any time, and we all agreed that the three of us are ready to jump on a plane and meet anywhere to get this done,” she said. “My suitcase is packed.” 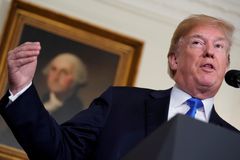 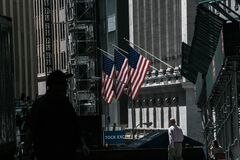 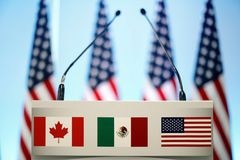