Blaming a disappointing Tim Hortons performance on negative media coverage, tough competition and a botched Roll Up the Rim promotion, the leader of the coffee chain’s parent company vowed to win back business with renovated restaurants, improved product quality and pumped-up marketing.

Tim Hortons has been battling a group of unhappy franchisees who have raised concerns that RBI’s heavy cost cutting has resulted in a slide in product and supplies quality that is hurting the brand as well as restaurant owners’ bottom line.

“To be clear, a small group of dissident franchisees who have been the driving force behind negative media coverage does not represent the voice of the whole franchise system or of the company,” Mr. Schwartz said.

“Unfortunately, this continued media coverage has negatively impacted our guests’ [customers’] perception of our brand and our community roots.”

But the difficulties at Tim Hortons have forced its parent to put in place new leaders – former Burger King executives – and a strategy to turn around the performance at the Canadian coffee-and-doughnut business while refusing to deal directly with the dissident franchisees.

The company, which is intent on expanding Tim Hortons internationally, said the number of its Tim Hortons restaurants grew 2.8 per cent to 4,774 – down from a 4.6 per cent growth a year earlier.

Independent surveys in the past month or so have indicated that Tim Hortons’ reputation is at stake. A Leger report this month found that the chain’s ranking among consumers had tumbled to 50th place this year from No. 4 a year earlier.

Tim Hortons’ first-quarter coffee sales were hurt partly by the “unfortunate error of one of our suppliers” in the annual Roll Up the Rim promotion, Mr. Schwartz said. The chain was hit with “a small batch of misprinted extra-large size cups that were distributed in Atlantic Canada and Alberta during this year’s contest,” spokeswoman Devinder Lamsar said in an e-mail. (When patrons rolled up the rim on affected cups to see whether they had won a prize, the message was either cut off or completely missing.)

“We’re not happy with our sales growth and overall financial results at Tim Hortons,” Mr. Schwartz told an analyst conference call. He said same-store sales were ’flat” in Canada and “soft” in the United States.

He said RBI doesn’t like to promote itself or its results and doesn’t spend a lot of time on media relations.

“Unfortunately, this has resulted in the publication of several articles particularly related to Tim Hortons in Canada that mischaracterize our intentions, that often cite inaccurate information and that usually reflects a purposely negative tone dictated by a group of dissident franchisees,” Mr. Schwartz said. “Needless to say, we’re not pleased with the narrative in the media.”

He said media “misrepresentations” undermine the “good, honest intentions” of franchisees and employees, adding the company has already made changes to its communications strategy. “We’re committed to doing a better job of communicating our story based on observable facts. We should have done a better job communicating with our Tim Hortons franchisees in the past and there are certainly opportunities for us to improve going forward.”

He said the franchisee advisory board, which is elected by restaurant owners but which dissidents say simply toes the company line, last week came out in favour of the company’s position and against the dissidents.

He said the Tim Hortons brand remains “very strong.” Its culture is built on employees who are “hungry, humble, who are extremely hard working” and who have an “ownership mindset,” he said.

Tim Hortons’ new “winning together” strategy is a combination of initiatives that the company has been working on for months. It includes digital upgrades and restaurant renovations that the dissidents say will largely be paid for by franchisees. Company executives said on Tuesday the strategy will not require “material” corporate capital spending.

Mr. Schwartz said the company has managed to increase average revenue at each restaurant and overall system sales at Tim Hortons in Canada. And he said hundreds of restaurant owners have already signed up for the renovations.

He said Tim Hortons is rolling out improved lunch items, such as its turkey bacon club sandwich, while focusing on the quality of its coffee and espresso offerings.

In March, 2017, The Globe and Mail reported that a group of franchisees formed the Great White North Franchisee Association to take on the company’s cost-cutting measures, which it said were hurting the brand. It has since launched two legal lawsuits seeking class-action status and pointed out issues including cash register computer outages and the company’s $700-million renovation plan to spruce up Tim Hortons restaurants that the association says will put an even bigger financial burden on store owners.

The association says it represents more than half of Canadian franchisees, but the company refuses to deal with it directly.

This month, the federal government agreed to the association’s request to look into its concerns about potential violations of terms Ottawa placed on Brazilian private equity firm 3G Capital when it acquired Tim Hortons in late 2014 and merged it with its Burger King business to create RBI. It bought Popeyes last year. 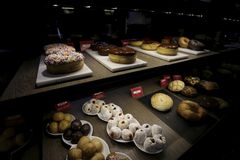 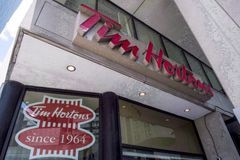 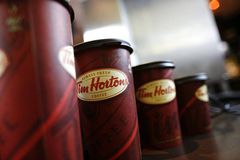