Chris HannayIndependent business reporter
Published May 13, 2021 Updated May 13, 2021
For Subscribers
Comments
Text Size
Please log in to listen to this story. Also available in French and Mandarin. Log In Create Free Account

The association representing Canada’s restaurants says the federal government needs to provide the sector with more targeted support, or half of the country’s food establishments could be at risk of closing.

Food services have been among the hardest-hit sectors during the pandemic, with most facing tight restrictions on indoor and outdoor dining in a bid to curb the spread of COVID-19. With little revenue coming in, restaurant owners have often been forced to take on debt and lay off staff. Statistics Canada data show that food services and accommodation jobs made up two-thirds of the 500,000 jobs that have been lost since the pandemic started.

To get by, most restaurants have been relying on support from different levels of government, particularly the rent and wage subsidies provided by the federal government. But the rate of those subsidies is set to begin winding down in July, which Restaurants Canada said is far too early, as most food services will still face restrictions then.

“The thing is that unfortunately the federal government thinks that as soon as people get vaccinated, restaurants can reopen and everything goes back to normal,” said Olivier Bourbeau, vice-president of federal and Quebec affairs for Restaurants Canada. “But with the public-health measures, we are not operating at 100 per cent.”

Mr. Bourbeau said the lobby group, which represents about 30,000 businesses, is asking for an exemption from the scale-back, and is calling for the subsidies to continue past their expiration dates in the fall, until at least April, 2022. He said it will take at least that long for most restaurants to return to profitability.

The association is also calling for a larger forgiveness of government-backed loans, and for another exemption that would allow restaurants to claim both the wage subsidy and a hiring incentive announced in last month’s federal budget. Currently, that incentive is designed only for businesses that do not take the wage subsidy.

Katherine Cuplinskas, a spokesperson for Finance Minister Chrystia Freeland, said the government has offered a range of programs to support restaurants, including the subsidies and the Canada Emergency Business Account loans. Ms. Cuplinskas did not say whether the government would consider Restaurants Canada’s request.

“We will continue to be there for Canadians and businesses such as restaurants – as we have been since the start of the pandemic,” she said in a statement.

Arron Barberian, the owner of Barberian’s Steak House in Toronto, said the pandemic has ravaged the restaurant industry, which traditionally already operated on thin profit margins.

Mr. Barberian said his restaurant, founded by his father in 1959, saw revenue plunge 92 per cent when the pandemic began. He said he was able to take advantage of the wage subsidy to keep on some employees, but was not eligible for the rent subsidy because a family member owns the building where the restaurant is located.

He said he had to invest $800,000 of his personal savings to keep the restaurant’s lights on so it could continue operating past the pandemic.

“I believe in my industry – I believe in what I do,” Mr. Barberian said. “I have to do this. I want this restaurant to exist.”

DoorDash to ramp up hiring in Canada
Subscriber content
May 12, 2021 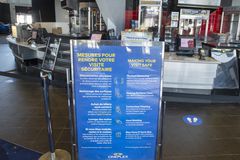 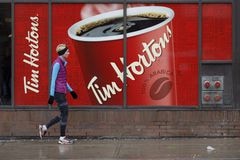