Canadian stock exchanges experienced an unprecedented surge in trading volumes in the first two months of 2021, driven by a rush of retail investors piling into small-cap stocks, particularly in the technology and mining sectors.

Cumulative trading volume on the Toronto Stock Exchange, the Canadian Securities Exchange and TSX Venture Exchange surged 158 per cent to 32.9 billion trades in February from 12.7 billion trades in the same month a year earlier. There were roughly 25 billion trades on these three exchanges in January, more than double from 12 billion the year prior.

But it was the year-over-year jump in trading volumes on the TSX-V and the CSE that stood out.

“This is definitely retail driven. We have seen an explosion of activity from the retail trading crowd unlike anything we have ever seen before,” said Richard Carleton, chief executive officer of the CSE.

Abrupt surges in trading activity on the CSE – home to many cheaper, junior stocks that tend to be more retail-friendly – are not uncommon, according to Mr. Carleton. But the historical trend has tended toward a doubling in trading volumes, at most. “As you can see from the data, we quadrupled trading volumes in February, 2021. That is unprecedented,” he said.

The TMX, too, attributed the spike in trading activity in 2021 so far to retail investors. “In parallel with our peer exchanges in the U.S., there has been an increase in overall activity from the retail segment of our client base, with a particular interest in companies in technology and life sciences,” said Catherine Kee, a spokesperson with the exchange.

Loui Anastasopoulos, head of capital formation at the TMX, called the trend a “renaissance in retail investing,” adding that the current momentum is unique, particularly because of heightened retail interest in technology stocks.

“There’s a lot of good in what we’re seeing, but it is, at the same time, concerning,” Mr. Anastasopoulos said.

On Feb. 9, the Investment Industry Regulatory Organization of Canada issued a bulletin noting the surge in the number of Canadians opening do-it-yourself trading accounts, facilitated in part by platforms such as Robinhood and Wealthsimple. The regulator had a cautionary message for retail investors, amidst market volatility fuelled by the GameStop mania: Do your homework before you invest.

“DIY investing is appropriate for those who have ample knowledge and information – and who are comfortable making their own decisions, without financial advice,” IIROC said in its bulletin.

Online brokers in Canada charted a 181-per-cent increase in the number of new trading accounts opened in 2020, relative to 2019, according to data from Investor Economics, Online Brokerage Research. January was a record-breaking month for brokers, the data shows, with 546,000 new accounts opened.

Canadian brokers also executed an unprecedented number of trades – 27 million in the month of January alone. For context, this figure would have represented an historic record for a full quarter prior to 2020, according to Investor Economics.

One of the reasons why there has been such a spike in investment activity from the retail segment over the past two months is because safer investments such as bonds and guaranteed investment certificates are not providing a sufficient level of yield because of low interest rates, said Jos Schmitt, president and CEO of the NEO Exchange.

“There’s a lot of stimulus money from governments pouring into the economy, yet we don’t see inflation. I suspect that inflation is taking place in markets, and retail investors want access to that,” Mr. Schmitt said.

The NEO’s own data shows that while there has been an increase in trading volume in January and February this year, these spikes weren’t as significant as on the TSX-V and the CSE. “The biggest surges in trading volumes, if you break it down by each individual stock, is stocks below $5 and penny stocks. We don’t list venture companies,” he explained.

The CSE’s Mr. Carleton pointed out that on his exchange, junior mining stocks, in particular, have been “firing on all cylinders” throughout 2020, driving trading activity, though he notes that the market has settled down considerably in the first week of March, perhaps signifying a return to normalcy.

Mr. Schmitt, too, believes that this pattern will not last. “I think retail activity will taper out … but not to the level of a year or two years ago. There is definitely a new generation of retail investors now who were not here prior to the pandemic,” he said.

Derivatives for the people: Amateurs shake up the arcane world of trading
Subscriber content
March 8, 2021 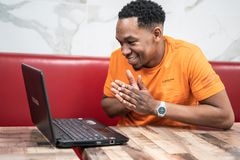 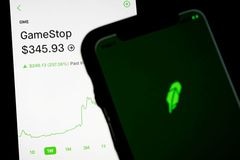 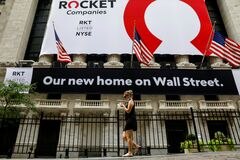