Retail sales jumped 23 per cent in June and exceeded levels before the COVID-19 pandemic hit, although the rebound in the sector is expected to have slowed considerably in July and into the fall.

Sales in June topped $53-billion, Statistics Canada reported, as stores reopened and took advantage of pent-up consumer demand. That total was up from $42.8-billion in May, and 1.3 per cent more than sales in February, before pandemic restrictions closed down shops and malls and hammered the sector.

Growth was strong across the board, but motor vehicle and parts sales, which were up 53.4 per cent in June, as well as clothing, which remains below prepandemic levels but still posted a 142.3-per-cent gain, posted particularly big increases.

Based on early estimates, Statistics Canada forecasts that retail sales grew again in July, but increased by a much more modest 0.7 per cent. Royce Mendes, senior economist at CIBC Capital Markets, said he expects momentum will “hit a complete wall” after the initial surge from the reopening of the economy.

“I think the growth back from the depths of the pandemic was somewhat expected, with businesses reopening their doors and consumers able to move around more freely,” Mr. Mendes said. “Now is really the test for the Canadian economy, now that reopening is going to be happening at a slower pace.”

The strong retail sales performance in June follows a 21-per-cent increase in May, but Mr. Mendes expects those two months of rebound “could lead to some weakness down the road.” He said the surge likely reflects pent-up demand for purchases consumers couldn’t make during the worst of the pandemic, rather than a stable return to normalcy.

Sales grew nationwide. Ontario posted the largest gains, with increased sales of 33.8 per cent, followed by Quebec, with 23.5 per cent, and Nova Scotia, which gained 23.4 per cent.

Retail e-commerce sales accounted for $3.2-billion, or 5.5 per cent of total retail sales in June. Although e-commerce sales have increased 70.6 per cent year-over-year, online sales for the month made up a smaller share of the total than in April or May.

“Online sales have continued to ease, declining by 13 per cent in June, as more consumers returned to brick-and-mortar stores,” said Toronto-Dominion Bank economist Ksenia Bushmeneva in a note released Friday.

Government programs such as the Canada Emergency Response Benefit have been credited with keeping the economy intact, as lockdown restrictions came into play and millions of Canadians lost their jobs over the course of a few months. On Thursday, Ottawa announced a four-week extension of the CERB and enhanced Employment Insurance benefits.

“The looming end to CERB benefits this fall represented a major risk to the progress accomplished to date,” Ms. Bushmeneva said. The extension and other measures “will greatly cushion the blow, and help offset the lingering impacts of the pandemic for many households that would otherwise have fallen through the cracks of existing systems.”

The reason consumers could go out and spend in June and buy items they may have wanted to purchase earlier in the year was the generous government support programs, Mr. Mendes said. “But you know after that pent-up demand is satisfied, that’s probably the most immediate concern for retailers down the road.”

The CERB has been extended, but it will still expire. Many Canadians will then have to shift to less generous Employment Insurance, and that could also hurt sales momentum. These factors, combined with the end of mortgage deferrals by lenders in the coming months, could reduce the spending power of Canadian households.

Canada is now embarking on a prolonged phase of recovery in which the economy will remain in a partial shutdown for some time, Mr. Mendes added. Certain sectors will remain at least partly unavailable to consumers.

“We should at some point include some backsliding in our forecasts to account for maybe localized increases in virus cases which are likely, or a full-blown second wave, which at this point is less likely but certainly can’t be completely erased out of the probabilities,” he said. 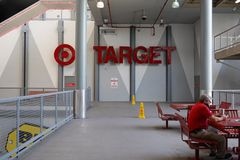