Retailers are distancing themselves from both Canadian fashion executive Peter Nygard and his brands after a lawsuit this month brought forth new allegations of sexual assault against him.

On Wednesday night, Nygard-branded clothing was pulled from the website of Canadian retail chain Suzanne’s, and is being removed from shelves at 60 Suzanne’s stores in Western Canada. TSC (Today’s Shopping Choice, formerly the Shopping Channel) has suspended its orders from the company, although remaining stock is being sold online.

The Winnipeg-based company announced this week that Mr. Nygard had stepped down as chief executive of Nygard International. None of the allegations have been proven in court.

Previous allegations of sexual misconduct and rape against Mr. Nygard did not hinder his ability to build a fashion brand inextricably intertwined with his own image as a self-styled mogul and unabashed playboy.

On Wednesday, U.S. department store chain Dillard’s announced it was refusing deliveries of the company’s products, and had cancelled any remaining orders. (As of Friday afternoon, the Dillard’s website still listed Nygard products for sale.) A statement from the company said the allegations “are in direct opposition to our core values.” The Nygard website says about 300 Dillard’s stores in 45 states carried its products.

In some cases, retailers cannot return merchandise for refunds once they’ve taken orders. At Suzanne’s, the Nygard leggings are stranded, as are the $89 “bling jeans,” and a denim and leopard-print top – just a few examples of merchandise that was for sale earlier this week.

“The cost to our company at this time is obviously a consideration,” said Sherry Johnston, president of Suzanne’s parent company, Auld Phillips Ltd. of Chilliwack, B.C. “But it’s not a consideration to the business decision to do the right thing for the customer.” The company is also considering whether to pull non-namesake brands owned by Nygard International – some of its stores carry the Alia and Tan Jay brands.

Mr. Nygard’s latest troubles stem from a battle with his neighbour, U.S. hedge fund billionaire Louis Bacon, at a property in the Bahamas. Last weekend, The New York Times reported on sexual-assault allegations against Mr. Nygard, and accounts from some women who said people connected to Mr. Bacon promised them money to make claims against Mr. Nygard. In a statement, Mr. Nygard’s spokesman Ken Frydman said Mr. Nygard had been “viciously and maliciously attacked.”

Mr. Frydman did not respond to requests for an interview or questions about the company and the state of its retail network.

Nygard’s retail network has not collapsed, but has contracted dramatically. The company still operates its own stores across Canada under brands such as Alia N TanJay, Jay Set and Nygard, and has a Nygard store in New York City. The clothing is sold at hundreds of smaller chains and local independent retailers in Canada and the United States. Walmart Canada sells Alia clothing in stores and online, and is “monitoring the issue very closely,” spokesman Adam Grachnik said in a statement.

The exodus of clientele presents an existential threat to the company, with or without Mr. Nygard at the helm.

Nygard’s business was already past its heyday before the latest trouble began.

Mr. Nygard joined Winnipeg’s Jacob Fashions Ltd. in 1966. As president, he renamed the business Tan Jay. He soon acquired a minority stake and bought out the other partners.

Nygard International expanded to the U.S. in 1978. By 1985, Mr. Nygard told The Globe and Mail that the company had $100-million in sales in Canada and $50-million in the U.S. (It is difficult to verify sales numbers because Nygard is a private company.)

An inveterate promoter, Mr. Nygard’s own image was very much a part of the business. The Finnish-born businessman cut a singular figure with his penchant for wearing his blonde (later grey) hair long and his shirts open at the chest. Photos of him adorn the company’s offices – tanned and unctuous, with biceps flexed.

While not a luxury brand, Nygard’s products were not cheap. The Alia N TanJay brands were plainer and less expensive, designed for a more “traditional” and often older consumer, Ms. Evans said.

The namesake brand does not have the same cachet any more. Hudson’s Bay has not carried any Nygard brands for more than three years.

Nygard’s flagship product is its stretchy “Slims” pant, advertised for shape-wear features. The Luxe Denim Slims, for example, is advertised as having a concealed “contour” waistband that “flattens your tummy" and “eliminates muffin-top.” Nygard also sells tops, dresses and other items. Bright colours and animal prints are a theme.

Mr. Nygard has gleaned riches from those rags. In late 2015, Canadian Business magazine estimated his net worth at $777-million.

But in recent years, Nygard has been caught in the middle, Ms. Evans said. Cheaper fast fashion leached revenue from mid-priced brands.

Those market dynamics are what led former Auld Phillips owner and CEO Steve Bowen to sell a majority stake in his company in 2016.

“Amazon is absolutely, excuse the expression, kicking the [crap] out of the middle,” Mr. Bowen said. “So I don’t know if there was a sound business model [for Nygard], without all of this. ... Now, I don’t see how this survives.”

Aside from the stores it owns, Nygard relies on a vast network of small, independent retailers. Some are watching the news closely. In Lloydminster, Alta., Minda Dalton estimates one-quarter of her merchandise at Minda’s Fashion Boutique is made by Nygard.

In 2018, Nygard International celebrated 50 years in the fashion business with a $5-million renovation of its Winnipeg headquarters, including a large exhibit dedicated to Mr. Nygard’s life and business. Hanging from the ceiling is a large photo of a private jet, with the words “Rags to Riches” and an arrow pointing downward at a shack. That was the family’s first home in Deloraine, Man., after they immigrated when Mr. Nygard was 10. In front of it sits a bronze-coloured bust in his likeness.

Across town, at local store Great Finds, the latest news has not prompted any changes, because the store pulled all Nygard merchandise about a year ago after hearing from customers who were upset by his reputation.

“It was offensive to our customers. ... We pulled everything and unfortunately just had to get rid of it,” co-owner Shauna Hlady said. “We’re glad we did it when we did.”

With a report from Tom Cardoso 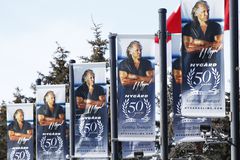 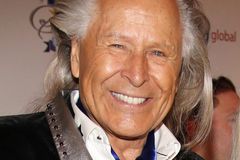 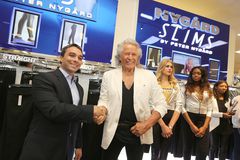