The drugstore battle is heating up – in the frozen-food aisle.

Rexall Pharmacy Group Ltd. has teamed up with frozen-fare specialist M&M Food Market to replace many of the drugstore chain’s frozen foods with an “express” section from M&M, which is working to beef up its own retail business.

Amid profit-bruising generic-drug reforms, pharmacy retailers have been adding more food to their shelves to try to lure customers who tend to purchase food more often than other products.

Now, the tussle has moved to the freezer aisle as packaged-food makers take on the rising popularity of fresh foods by touting more gluten-free and additive-free frozen fare, catering especially to younger consumers.

The food fight among drugstore retailers was fired up after Loblaw Cos. Ltd., the country’s largest grocer, acquired Shoppers Drug Mart in 2014 and started stocking its shelves with Loblaw’s private-label President’s Choice and No Name food items.

“We all know what Shoppers is doing with President’s Choice,” said Andy O’Brien, chief executive of retailer M&M Food Market, which changed its name from M&M Meat Shops in 2016 to underline its wider offerings. “Rexall now has a partner to compete with that.”

Traditional frozen-food producers, ranging from Conagra Brands Inc. and its Healthy Choice frozen meals to Nestlé SA and its Stouffer’s Fit Kitchen line, are racing to introduce more frozen items that they promote as better-for-you, such as organics and vegetable combinations, said food consultant Marion Chan of TrendSpotter.

“The frozen category has changed a lot over the years – it changed quickly and then became the same quickly,” she said, referring to companies rapidly launching similar types of products for health-conscious consumers.

The companies, including M&M, tout frozen foods as being as fresh or fresher than actual fresh ones because they are flash-frozen at their peak of freshness. As well, frozen food can reduce waste by minimizing having to toss fresh items that have gone bad.

In Canada, sales of fresh fruits and vegetables outpace those of their frozen counterparts, according to researcher Nielsen. Still, frozen-food sales rose 3 per cent to almost $5.9-billion in the 52 weeks ended Jan. 5 from a year earlier, with strong gains in categories such as breakfast items and pizza snacks, and declines in fruit beverages and frozen yogurts, Nielsen found.

Among its private labels, Shoppers is seeing continued demand for organic frozen produce, she said. “We are also exploring opportunities associated with plant-based proteins in both the traditional frozen aisle as well as the frozen boxed meat section,” she said in an e-mail.

Rexall, for its part, is looking for a boost in its freezer aisle.

The retailer, which was taken over in late 2016 by San Francisco-based health-care giant McKesson Corp., has faced challenges amid the sweeping industry-wide generic drug rules and higher minimum wages in some provinces. As a result, McKesson said it would take charges of US$100-million to US$120-million.

At Rexall, “actions taken earlier in the year are not materializing as fast as we anticipated,” Britt Vitalone, chief financial officer of McKesson, told analysts in reporting second-quarter results in late October. “We remain confident and committed to this business.” The company releases its third-quarter results on Thursday.

M&M’s Mr. O’Brien said the retailer, which has 440 of its own stores, is teaming with Rexall and some other chains to shore up its business in urban and smaller communities where M&M doesn’t have a presence. M&M searched for retail partners after it found that real estate was too expensive in cities such as Toronto’s downtown core while stand-alone M&M stores weren’t viable in smaller towns.

M&M is introducing products it calls healthier and more convenient including meal kits (for example: beef lo mein) to compete with the rise of home-delivered meal kits with ready-to-cook ingredients. At $14.99, an M&M meal kit is designed to serve three people for $5 a serving, Mr. O’Brien said. He estimated that a Chefs Plate or other delivered fresh meal kit costs more than twice as much for each serving.

M&M is essentially becoming something of a frozen-food private label for Rexall, Mr. O’Brien said. The roughly 80 products, carried in more than 30 Rexall stores in Ontario, range from a $3.99 “apple blossom” dessert to boneless and skinless chicken breasts for $23.99.

“Having it in a frozen state is a real benefit because you know it’s been frozen at the height of perfection,” he said. 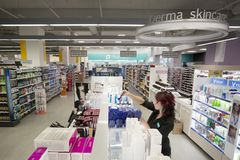 How Rexall plans to slim down for healthier profit in a competitive market Subscriber content
May 22, 2018 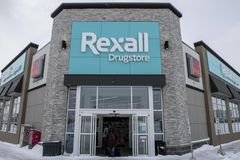 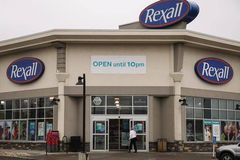