The U.S. stock market has so far digested a surge in Treasury yields, but some investors are worried that a continued ascent could prove more problematic.

The yield on the benchmark 10-year Treasury note , which rises when bond prices fall, climbed to a one year high of 1.36 per cent this week, fuelled by expectations that progress in the countrywide vaccination program and further fiscal stimulus would further spur economic growth.

So far, stocks have responded with little more than a wobble. But some investors worry that a continued rise in yields on Treasuries – which are backed by the U.S. government – could dim the allure of comparatively riskier investments such as equities and weigh on the S&P 500 that has risen about 75 per cent since last March.

“When … government bond yields rise, all asset prices should reprice lower – that’s the theory,” said Eric Freedman, chief investment officer at U.S. Bank Wealth Management, adding that he does not believe yields have yet risen far enough to provide an competitive alternative to stocks.

The rise in yields comes as the S&P 500 hovers near all-time highs at the end of a fourth-quarter earnings season that has seen companies overall report earnings 17.2 per cent above expectations, according to Refinitiv data. Earnings will continue to be in focus next week along with data tracking the economic recovery and developments with President Joe Biden’s proposed $1.9 trillion coronavirus relief package.

Despite solid corporate results, worried investors can point to any number of signs – including blistering rallies in Bitcoin and Tesla shares and the proliferation of special purpose acquisition companies (SPACs) – that ultra-easy monetary policy and fiscal stimulus have fuelled an excessive appetite for risk that could be curbed if yields start to rise.

The latest fund manager survey by BofA Global Research showed a record in the net percentage of investors taking higher-than-normal risk, cash allocations at their lowest level since March 2013 and allocations to stocks and commodities at their highest point in around a decade.

Citi strategists said in a report this week that a 10 per cent pullback “seems very plausible,” noting that “if rising bond yields drag down some mega-cap IT growth names … that will impact the broad index as a result of the overrepresentation of such stocks.”

Analysts at Nomura, meanwhile, said earlier this week that a move above 1.5 per cent on the 10-year could spark an 8 per cent drop in stocks.

At 22.2 times its forward price-to-earnings ratio, the S&P 500’s valuation is well above its long-term average of 15.3, according to Refinitiv Datastream, though several investors said stocks still look relatively inexpensive compared to bonds.

Plenty of investors are sanguine about the move, noting that yields appear to be rising due to expectations of an improving economy.

More broadly, he was targeting a 3 per cent yield on the 10-year for when bonds might start competing more aggressively with stocks.

“For my clients, I would urge some balance and wait a little bit before moving to fixed income because I think interest rates are still extremely low historically speaking,” Evans said.

Paul Nolte, portfolio manager at Kingsview Investment Management, is watching whether rising yields eventually come with a “change in tone at the Fed” that suggest the central bank will start tapering its bond purchases as it reins in its stimulus, which could shake the market.

Still, he isn’t pulling back on his equity exposure for now because of the recent rise in yields, convinced a strengthening economy will continue buoying stocks, particularly those that should shine in a recovery such as financials and other value shares.

The steeper yield curve, Nolte said, is “the bond market’s way of telling everybody that the economy is recovering and getting healthy.” 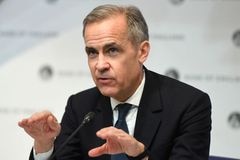 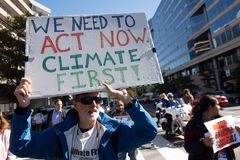