A group of seven producers that accounts for one-fifth of Canada’s natural gas output is denying allegations of patent infringement, saying it has the expertise to design its own energy megaproject.

Rockies LNG submitted a statement of defence and counterclaim in Federal Court this month in response to a lawsuit Steelhead LNG filed in late 2020. Vancouver-based Steelhead asserts that it has designed electric-powered technology for the production of liquefied natural gas on floating barges.

Steelhead and a subsidiary say the defendants copied their leading-edge designs in what constitutes patent infringement.

But Rockies counters that it is designing an LNG project in British Columbia that won’t infringe on the patent, saying the statement of claim is “premised on a cascade of fictions” and there is nothing innovative about Steelhead’s purported invention.

“The named inventors did not ‘invent’ anything,” Rockies said in its statement of defence, arguing that Steelhead’s bold plans have amounted to marketing “an imaginary LNG liquefaction and export facility.” Rockies rejects Steelhead’s claim for $250-million in damages.

Rockies teamed up with the Nisga’a Nation to apply to environmental regulators earlier this month for approval to build an energy project in northern British Columbia for exporting LNG to Asia. The $55-billion Ksi Lisims LNG project calls for investments in floating LNG facilities on the West Coast, a B.C. pipeline, and drilling natural gas wells in northeast B.C.

Rockies denies all allegations of willful misconduct and misappropriation of confidential information, saying Steelhead is acting in a manner that is “improper, frivolous, vexatious and an abuse of process.” Rockies claims that Steelhead is a company that exists only on paper, without any tangible assets to turn natural gas into liquid form.

Founded in 2013, Steelhead has halted two projects slated for Vancouver Island, cancelling the Malahat plan near Mill Bay in 2017 and scrapping the Kwispaa venture at Sarita Bay in 2019.

But Steelhead continued to take steps to guard its designs, obtaining a patent from the Canadian Intellectual Property Office in November, 2020.

The counterclaim by Rockies seeks a declaration that the patent is invalid, saying it is actually Rockies that has suffered damages owing to business actions by Steelhead that have been “malicious, improper and illicit.”

ARC, which acquired Seven Generations Energy Ltd. earlier this year, inherited the company’s position as a defendant. The Nisga’a are not named as defendants.

Calgary-based Rockies, with help from Houston-based Western LNG, is partnering with the Nisga’a in a plan to deploy floating barges for electric-powered liquefaction to be moored near shore on the Indigenous group’s property.

“At all material times, the defendants had the means to make, construct, use, sell, offer for sale, design, develop and/or market a competing LNG project via other readily available and accessible non-infringing means,” according to the statement of defence.

In a regulatory filing in 2018, Seven Generations said it invested $25.8-million and made other commitments for a 24.4-per-cent stake in Steelhead, but wrote down $14.4-million of its investment. ARC now owns a small stake in Steelhead.

In an e-mail to The Globe and Mail, Steelhead said it has spent tremendous amounts of time and effort to design its floating facility, in contrast to traditional land-based terminals. It said it will continue to aggressively protect its patented design and proprietary intellectual property from any unauthorized use. The company contends that the Ksi Lisims LNG project is based on a design that is protected by Steelhead’s patent and inappropriately uses confidential information.

Steelhead is seeking a court order to restrain the activities of Rockies, saying it needs to protect its patented technology and “novel configuration” to produce LNG.

The majority owner of Steelhead is Azimuth Capital Management, a private equity firm based in Calgary. Rockies has added Azimuth and two of its funds as defendants in its counterclaim.

Mr. Sawyer has also notified the regulator he intends to file a request for the federal agency to examine the proper jurisdiction for Westcoast Connector.

He argues that both pipeline proposals should be under federal jurisdiction. In 2014, the B.C. Environmental Assessment Office cleared the way for the provincial government to issue assessment certificates to PRGT and Westcoast Connector. 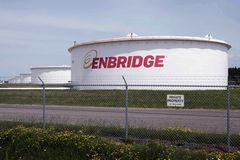 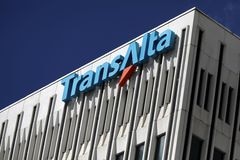 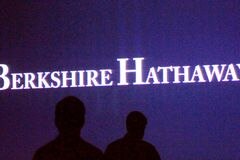