Years ago, before he had moved from CBC Sports to Rogers Media – and before he helped lead the charge to wrest Hockey Night in Canada away from the CBC – Scott Moore had some thoughts about one of the digital platforms helping to change the media landscape.

“Twitter’s the end of the world,” he remembers telling a friend.

Now, Twitter is the first thing Mr. Moore looks at every morning, and Rogers is using the platform to find new viewers for its National Hockey League broadcasts. On Tuesday, Rogers will launch a weekly show, streaming on Twitter, called Sportsnet #IceSurfing. The three-hour live show will toggle among different NHL games taking place on the same night – switching feeds to attempt to show viewers the most interesting action at a given time – interspersed with analysis, interaction with its social-media audience and interviews over FaceTime with Sportsnet commentators, players and coaches.

Five years into its $5.2-billion NHL rights deal, Rogers is looking for new ways to draw in viewers, to promote its digital subscription products and to serve marketers who are also trying to speak to increasingly disparate audiences.

“An 18-year-old hockey fan on a Tuesday night is not necessarily tuning in to a whole game, but they’ll watch bits and pieces of a game,” said Mr. Moore, who this week announced his resignation as Sportsnet president, effective at the end of the month.

The show could work as a kind of digital sampling of Rogers’s NHL coverage for viewers without traditional television subscriptions. As it shed cable customers in recent years, Rogers has launched paid streaming services in an attempt to retain some subscriber revenue from viewers migrating to digital platforms.

“If we drop into a Jets game and that game is really exciting, we’ll say, ‘You can watch that game on Rogers NHL Live, click here to subscribe; you can watch this game on Sportsnet Now,’” he said, adding that Rogers is also open to experimenting with other digital platforms. “ … This is the type of program you have to do to go find your audience.”

Mr. Moore pitched the idea to Twitter during a visit to San Francisco more than a year ago. “Nobody was sure whether it would work, and we couldn’t come to a deal,” he said. So Sportsnet decided to do an informal test run of the show in March. It drew about 37,000 concurrent viewers at its peak, and a total of about 600,000 – enough to demonstrate to the broadcaster that it was worth working on a deal.

Twitter has been working with media companies on revenue-sharing deals to bring more video content to its platform, including sports. NBCUniversal has agreed to stream live video and clips from some of its networks and shows, including E! News, the Today show and NBC News. BuzzFeed has been making a morning news show for Twitter since last September. In sports, ESPN in the United States has announced that it will produce a Twitter version of its show SportsCenter that will cover breaking news live. Leagues have also been experimenting with reaching fans directly. Major League Baseball has been streaming one game weekly and is producing a post-season show on Twitter. In 2016, the National Football League streamed Thursday night football games on Twitter everywhere except Canada – where Rogers held the broadcast and digital rights – before Amazon won those rights in 2017.

IceSurfing does not yet have a title sponsor, but Rogers has been pitching the opportunity to advertisers, as well as ads that will run before the livestream, and spots throughout the show. Because there are no structured commercial breaks as on television, Mr. Moore said it could be beneficial to sell an advertiser on shorter breaks where theirs is the only brand. The team is also selling brand integrations into the program – such as a Budweiser Red Light that could be placed on the set.

“I don’t think you’ll see the guys actually drinking beer, but that was suggested at one point,” Mr. Moore said. “ … The other beauty of doing it on Twitter is there are no broadcast standards that you have to live up to. You can do whatever you want as far as integration – obviously, it’s got to fit the brand. I think for a smart marketer, it’ll be something they can do, something different.”

Concerns about advertisers' “brand safety” have been heightened in the past couple of years as reports have highlighted instances of ads appearing online alongside violent, highly partisan and even extremist content – without the knowledge of the advertisers, who direct some digital ad spending through automated services. Broadcasters have used this as an opportunity to promote television as a safer option, where advertisers know the content is mediated in a way it may not be online or on social media.

Mr. Moore said this type of partnership is a way for advertisers to reach audiences on digital platforms that reach many people, while being assured that the content has been vetted.

“You cannot buy blind,” he said. “ … You have to buy with the people you trust.” 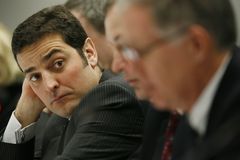 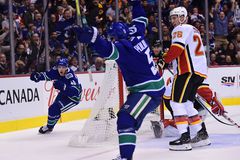 Before the Bell: What every Canadian investor needs to know today
Subscriber content
October 3, 2018 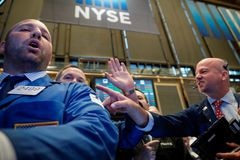