Rogers Media president and long-time Canadian television executive Rick Brace is set to retire at the end of the year, and Mr. Banks will join the company on Sept. 9, Rogers said on Monday.

Rogers Media includes the Citytv television network, more than 50 radio stations, the Sportsnet specialty channels and website, and the Toronto Blue Jays baseball team. Mr. Banks will bring 20 years of experience with digital media and technology, including seven years as managing director of Facebook and Instagram Canada, to the role.

Rogers Media accounted for more than $2-billion of the telecom giant’s $15-billion revenue in 2018, but Mr. Banks will assume leadership of a business in transition as foreign digital giants continue to upend the conventional broadcast and print advertising model.

“It’s really about generational change at the end of the day," said Kaan Yigit, president of Toronto-based consumer research consultancy Solutions Research Group, noting that Mr. Brace’s retirement follows that of Scott Moore, who stepped down as president of Sportsnet last year.

“Both [Mr. Brace and Mr. Moore] were business builders, but from a different generation,” Mr. Yigit said in an e-mail on Monday. He said Rogers could benefit from having “someone with a digital-first pedigree and background run media – one can even say it’s about time.”

After several rounds of layoffs in recent years, Rogers sold its struggling magazine publishing division, which includes titles such as Maclean’s and Chatelaine, in April. It also cut an unspecified number of off-air jobs at Sportsnet in June and cancelled the expensive annual showcase of the coming TV broadcast season known as upfronts.

In recent years – and after spending $5.2-billion to acquire 12 years of national broadcast rights for the National Hockey League in 2013 – Rogers has shifted the focus of its media business toward sports as it hopes that the live entertainment can keep viewers tuning in. In a statement on Monday, the company said Mr. Banks’s mandate will include “driving growth across sports and local [news] in a digital world.”

Mr. Banks, who is a lawyer by training and started his career at Goodmans LLP, also led eBay Canada, spent time running JumpTV (an internet-based sports broadcaster), and worked on international business and licensing for the NHL Players’ Association. He left Facebook Canada in 2017 and has a business advising and providing capital to early-stage tech companies.

“Jordan is a globally respected and transformative digital executive who will build on Rick’s legacy to drive future growth," Joe Natale, chief executive of Rogers, said in the statement.

Jacob Glick, who was chief corporate affairs officer at Rogers from 2014 to 2017, praised the appointment on Twitter. “Congratulations to Jordan. This is a tough job in a rapidly changing industry. But there is a great team of people at Rogers Media to support him,” he wrote. Mr. Glick is now general counsel at North Inc., a scale-up firm based in Kitchener, Ont., that makes smart glasses.

Of Mr. Brace, Mr. Natale said in the statement, “Rick is a seasoned business leader who measurably reshaped our media business for the future, and I would like to thank him for his many accomplishments.”

Mr. Brace joined Rogers in 2015 after spending more than a decade at rival Bell Media, where he held a number of roles, including president of CTV. He also helped found Canada’s other major sports specialty channel, TSN, in the 1980s and, before that, held technician and TV production roles at the CBC. 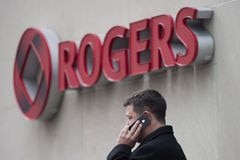 Opinion
Toronto’s domed stadium has had its day Subscriber content 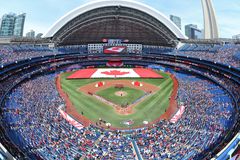 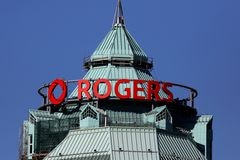