After five consecutive years of sales volume increases for its traditional sugar products, Canada’s largest refined sugar distributor is forecasting a decline of about 1 per cent in sugar deliveries for fiscal 2020 as it cuts export shipments because of a weather-ravaged beet crop at its factory in Taber, Alta.

In addition, its two-year-old maple business, which includes maple syrup, maple sugar and other related products, is grappling with an aggressive competitor and not proving to be the forceful growth driver it had hoped.

The developments mark a rare cocktail of challenges for Rogers, which has long enjoyed a virtual duopoly in Canada along with Redpath Sugar Ltd., thanks to trade barriers on granulated sugar. And it underscores that even a business that has enjoyed some advantages, such as market protection and consumer craving, isn’t immune from struggle.

The stock closed 2019 almost exactly where it ended in 2009 – just below $5 on the Toronto Stock Exchange. Rogers has always paid a large dividend, though – it yields 7.3 per cent – and investors who reinvested their payouts in the shares along the way would have more than doubled their money over the decade.

There are now questions about whether that dividend is sustainable, though.

“They have a lot of problems right now,” said Benj Gallander, president of Contra the Heard Investment Letter. “I’ve followed this company for years. And I’ve always thought ‘When would I have a good entry price [into buying the stock]?’ Right now, looking at everything happening, I see more danger signals than positive signals.”

Rogers, the holding company for operating entity Lantic Inc., traces its roots back 100 years to some of Canada’s oldest sugar refineries – including St. Lawrence Sugar in Montreal and the British Columbia Sugar Refining Co. in Vancouver. The one-time income trust has been a reliable investment for those seeking a dividend.

But Mr. Gallander speculated that the annual dividend of 36 cents per share might soon be reduced, based on Rogers’s disappointing fourth quarter and year-end earnings report and outlook in late November. Adjusted profit came in at $87.8-million for the year on revenue of $794.3-million, cutting free cash flow by 36 per cent from the year before. On a net basis, the company lost $8.2-million or 8 cents a share.

On top of a $50-million goodwill writedown Rogers took on its maple business in the most recent quarter, the company still has a significant amount of goodwill on the balance sheet and further writedowns are possible, Mr. Gallander said. That would knock down its book value and pull down its stock price, he said.

Rogers chief executive John Holliday acknowledged during a call with analysts and investors on Nov. 20 that results for the latest quarter did not meet expectations. But he said the company will work through the problems.

“We remain confident in our long-term strategy and are well-positioned for future growth,” Mr. Holliday said. “Despite the Taber disruption, our core sugar business benefits from good momentum and we have a clear plan to improve our maple business by lowering costs, improving service and bringing innovation.”

Rogers management expects to be able to fund its current dividend next year, chief financial officer Manon Lacroix said on the call. She did not respond to requests for comment from The Globe and Mail.

Montreal-based Rogers expanded into maple syrup with the acquisitions of two bottlers and distributors in 2017 and it now holds a market share topping 25 per cent in Canada. The idea was to build a new platform of natural sweeteners to diversify its business, which has hinged for decades on sugar.

But things have not panned out as planned. Maple industry sales growth has slowed to about 3 per cent a year from 8 per cent a few years ago while the integration of the acquisitions “got off to a rough start,” according to analysts at TD Securities.

Meanwhile, a new well-financed rival, Appalaches Nature Inc., based in Thetford Mines, Que., has emerged to battle for market share and has already nabbed some key contracts to supply European retailers such as France’s Carrefour supermarkets.

“For the first time really in many years, established companies within the food industry are being challenged by startups. It’s actually quite incredible,” said Sylvain Charlebois, a food-policy specialist at Dalhousie University, noting that the sector has several oligopolies and duopolies.

“The market is moving much faster now than 10 years ago. And some of these established companies fail to adapt, to adjust. That’s kind of what’s going on with sugar right now. It could be seen as a surprise to see some companies actually not making money in a duopoly situation. But it does happen quite a bit.”

Per-capita sugar consumption in Canada has not increased since the early 1940s, so the Canadian sugar industry relies on population growth and export markets to expand sales, says the Canadian Sugar Institute, a non-profit group funded by sugar producers.

Immigration is helping maintain demand, even if evolving health views are likely working against Rogers. Over the past year, Canada’s population has jumped by almost 560,000, an increase of 1.5 per cent – that’s the fastest annual pace since 1990, according to Bloomberg data.

But, in 2015, the World Health Organization warned of the dangers of consuming too much sugar, recommending adults and children cut their daily intake of free sugars to less than 10 per cent of their total energy intake. Free sugars are those added to foods and drinks by the manufacturer, cook or consumer, as well as sugars naturally present in honey, syrups, fruit juices and fruit juice concentrates. 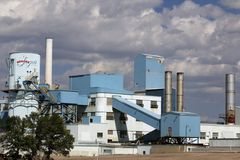 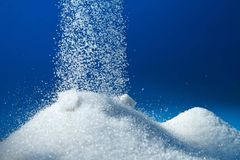 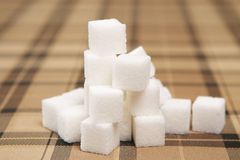