The chief executive officer of Rogers Communications Inc. apologized to wireless customers affected by a 16-hour outage as the telecom reported first-quarter results on Wednesday that beat analyst expectations.

Rogers CEO Joe Natale said he’s “deeply disappointed” by a wireless service outage caused by a software upgrade from network partner Ericsson that left customers unable to text, make calls or access data on their wireless devices on Monday. The disruption came as the country grapples with a surging third wave of the COVID-19 pandemic and made it difficult for users to work from home and book vaccine appointments.

“We worked very hard to earn the trust of our customers and we’re going to work very hard to earn it back,” Mr. Natale said during a conference call to discuss the telecom’s first-quarter results. He added that he has had multiple conversations in recent days with the CEO of Ericsson, the Swedish supplier that Rogers has partnered with to build out its fifth-generation wireless network.

“We’re not just going to get to the bottom of this but work very hard to make sure it doesn’t happen again,” Mr. Natale said.

Rogers boosted its first-quarter revenue and profit as its cable and media businesses saw improvements. The Toronto-based telecom had $3.49-billion in revenue for the three-month period ended March 31, up 2 per cent from $3.42-billion a year ago. Its profit for the quarter was $361-million, up 3 per cent from $352-million during the same period last year.

The company’s earnings amounted to 70 cents a share, compared with 68 cents a year ago.

After adjusting for various items, Rogers had 77 cents a share in quarterly earnings, up from 71 cents during the same quarter last year. Analysts had been expecting 66 cents a share in adjusted earnings and $3.35-billion in revenue, according to the consensus estimate from market researcher S&P Capital IQ.

They attributed the better-than-expected results largely to strength in the company’s cable business, which saw its revenue increase by 5 per cent from a year ago as the company added 14,000 net new internet customers and 58,000 Ignite TV subscribers. Pricing changes and lower levels of promotional activity in the market also contributed to the revenue growth, the company said.

Canaccord Genuity analyst Aravinda Galappatthige said that all of Rogers’s business divisions – cable, wireless and media – were more profitable in the most recent quarter. But, unlike during the fourth quarter of last year, the increase in profitability was accompanied by stronger revenues as well, Mr. Galappatthige said in a note to clients.

The media division, which has been hit hard as advertisers have pulled back spending during the pandemic, was up 7 per cent from a year ago, due to higher revenue from sports and its shopping channel, Today’s Shopping Choice. (Rogers owns the national broadcasting rights to NHL games, the Toronto Blue Jays and part of Maple Leaf Sports and Entertainment. The division also includes television channels such as CITY-TV and radio stations.)

Rogers also added 44,000 net new postpaid wireless customers during the quarter, but lost 56,000 prepaid customers. (Postpaid subscribers are those who are billed at the end of the month for the services they used, versus prepaid customers, who pay upfront for wireless services.)

Mr. Natale said Rogers has also assembled a team, led by one of its senior executives, to plan how the telecom will integrate Shaw Communications Inc. into its business if its acquisition of the Western Canadian cable company is successful.

The deal, valued at $26-billion including debt, is expected to face intense regulatory scrutiny as it would eliminate Canada’s fourth-largest wireless carrier, Shaw-owned Freedom Mobile. It requires the approval of the Competition Bureau, the Ministry of Innovation, Science and Economic Development and the Canadian Radio-television and Telecommunications Commission (CRTC).

“Our goal is to have a fully detailed integration plan in the next six to nine months – an integration plan that allows us to hit the ground running the minute we get approval,” Mr. Natale said. Rogers expects the deal to close in the first half of 2022.

The company is also reviewing the nuances of the CRTC’s decision to force the Big Three national carriers and SaskTel to sell access to their wireless networks to eligible regional competitors, Mr. Natale told analysts. He noted that the ruling, which the industry has been awaiting for some time, provides telecoms with the certainty needed to make investment decisions. “The degree of certainty is very, very helpful and underscores that investment [in networks] matters,” Mr. Natale said.

During the company’s annual general meeting, also on Wednesday, Mr. Natale cautioned that Canada is “playing catch-up” to other global leaders on the deployment of 5G technology. “We can’t afford to be left behind,” Mr. Natale said, adding that Canada must keep pace or risk losing skilled workers, including in the technology industry. 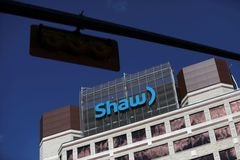 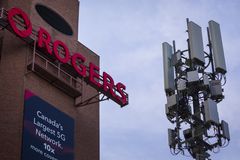 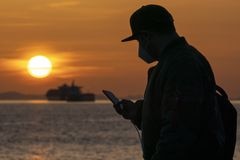