Canada’s wireless market may be slowing down but analysts say it’s too soon to pronounce the momentum of the past two years dead.

With BCE Inc. set to post its first-quarter results Thursday, investors will pay close attention to the number of new contract wireless customers the company attracted. Rival Rogers Communications Inc. reported disappointing results two weeks ago and its shares fell more than 7 per cent to $65.81 in the days that followed, as multiple analysts either downgraded the stock or revised down their share-price targets.

But Rogers got a boost Wednesday and closed at $67.93, up 48 cents per share, after Desjardins Securities analyst Maher Yaghi upgraded the stock to a buy, saying the company’s core assets and management team remain solid and that the recent sell-off was “overdone.”

“Let’s be honest, Rogers’s first-quarter subscriber loadings were horrible,” Mr. Yaghi wrote in a report, pointing to the fact that the company added just 23,000 new contract wireless customers in the quarter, plummeting from 95,000 in the same period last year.

However, he said quarter-to-quarter fluctuations tied to items such as lower promotional activity or a lack of exciting new smartphones (which Rogers cited as reasons for its miss) are not accurate predictors of “true consumer demand over multiple years.”

“The real drivers of higher subscriber loadings are increased wireless penetration and population growth. Both factors, which continue to occur in Canada, hint at further subscriber increases in the Canadian wireless industry,” Mr. Yaghi said.

TD Securities analyst Vince Valentini made a similar point last week, noting that wireless penetration (the number of cellphone subscriptions per 100 residents) sits at about 89 per cent in Canada, compared with about 120 per cent in the United States, meaning there is still much more room to expand here.

After three years of declines in the number of new contract customers, Canada’s wireless market turned around in 2016 and it has surged even more over the past two years.

In 2015, the three national carriers (Rogers, BCE and Telus Corp.), along with regional players Quebecor Inc.'s Videotron and Shaw Communications Inc.'s Freedom Mobile, added a total of 902,000 contract subscribers. For last year, that number had almost doubled to 1.7 million.

Mr. Valentini predicts the five carriers will bring in a total of 1.5 million new contract customers in 2019, but says the dip doesn’t worry him.

"The surge … was likely neither sustainable nor was that type of growth priced into Canadian wireless stocks. As such, a modest pullback in 2019 is not something that will shake our confidence in the investment quality of these companies,” he wrote in a report to clients.

“While wireless growth expectations for Rogers and peers in 2019 will likely have to be tempered somewhat given the slower start to the year, we continue to believe that a soft landing scenario is still the most likely outcome for the Canadian wireless industry,” he wrote in a report to clients on April 18, when Rogers reported its first-quarter results. (Mr. McReynolds trimmed his price target for the company to $74, down from $76, and maintained a hold rating on the stock.)

So the industry is not expected to drop off a cliff, but slower growth will still have an impact. Scotia Capital analyst Jeff Fan downgraded Rogers to a hold from a buy last week, writing, “we emphasize that the shift in our view is mainly driven by our wireless industry outlook and has less to do with the company.”

BCE reports on Thursday morning before markets open. Analysts on average expect the company, which is also holding its annual shareholder meeting in Toronto, to add about 48,000 contract wireless customers. 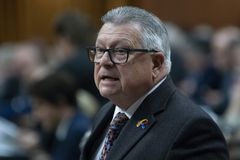 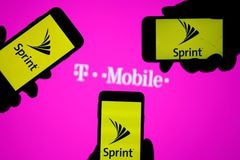 China urges U.K. not to discriminate against Huawei in 5G development
April 28, 2019 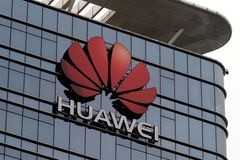