The Caisse holds a 20-per-cent stake in SNC-Lavalin, at the centre of the current scandal rocking the ruling federal Liberal party. The Globe and Mail reported on Feb. 7 that officials in the Prime Minister’s Office put pressure on former attorney-general Jody Wilson-Raybould to reach a negotiated settlement with SNC-Lavalin on bribery and fraud charges the company faces.

“We’re not going to throw the baby out with the bathwater,” Mr. Sabia said Thursday, adding the market is undervaluing the company. “All we can do and all we’re going to do is be a rock. We are going to be a rock supporting this company,” he said.

Mr. Sabia declined to give his view on the federal prosecution the company faces or the possibility it may move or face a takeover attempt, saying they represent hypothetical threats.

Mr. Sabia said the company has overhauled its culture, including the management team and the board of directors. “It’s important not to lose sight of how much progress has been made, and how much potential remains,” he said. “We’re investing the savings of eight million Quebeckers in 54,000 good people and we’re proud of it.”

Asked whether the Caisse would buy more shares of the beleaguered company, Mr. Sabia said there are regulatory hurdles to extending its holdings beyond the 20 per cent it already owns.

Also on Thursday, the Caisse released its financial results for the year ended Dec. 31, 2018. All told, the Caisse reported a 4.2-per-cent return for the year, adding $5.3-billion in assets, compared with what it considers a benchmark portfolio return of 2.4 per cent. A global stock index from MSCI, represented in U.S. dollars, fell 7.7 per cent in 2018.

The fund closed the year with $309.5-billion in net assets, with $44.3-billion invested in 775 companies in Quebec’s private sector. Roughly half of total assets are in equities, both stocks traded on public markets and shares of privately held companies the ordinary investor cannot purchase. The Caisse said that its equity markets portfolio, the publicly listed portion, lost just 0.9 per cent.

Its portfolio of Canadian publicly traded stocks lost 7.2 per cent, a better performance than the 8.9-per-cent loss by the S&P/TSX Composite Index in 2018. The Caisse credited Quebec-based CGI Group Inc. and Alimentation Couche-Tard Inc. as top performers, as well as "an advantageous selection of stocks related to natural resources.”

It was the Caisse’s private-equity investments that lifted overall equity returns to 3.5 per cent for the year. And its real assets portfolio – $61-billion of infrastructure and real estate – returned 9 per cent, boosting total returns.

Over five years, the Caisse has returned an annualized 8.4 per cent, compared with a benchmark of 7.1 per cent. Over that time, the global equity index returned 5.9 per cent. The Caisse says its performance in excess of the benchmark has contributed $16.7-billion.

Mr. Sabia said it is unclear whether the world is headed toward recession. What is clear, he said, is a series of issues simmering around the world – Brexit, international trade barriers, a lagging Chinese economy, government turmoil in Europe and South America, political gridlock in the United States, among other issues – create ingredients for economic slowdown and turbulent markets.

“The year 2018 was a very demanding year. I don’t say that because it was exceptional, but because the year might be a precursor of what’s awaiting us – volatility, slowing economic growth and geopolitical risk,” he said. 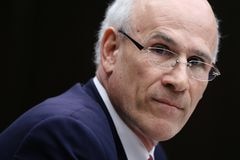 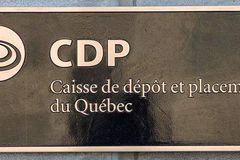 Follow Les Perreaux and David Milstead on Twitter @Perreaux @davidmilstead
Report an error Editorial code of conduct
Due to technical reasons, we have temporarily removed commenting from our articles. We hope to have this fixed soon. Thank you for your patience. If you are looking to give feedback on our new site, please send it along to feedback@globeandmail.com. If you want to write a letter to the editor, please forward to letters@globeandmail.com.
Comments