When Pam Wheaton heard that a storefront two doors down from her Saint John clothing shop was coming on the market, she reached out to her friend Mishelle Carson-Roy. Ms. Carson-Roy had long wanted to open a business, so their conversation lasted all of five minutes: The pair agreed to open a gift shop for quirky housewares and hard-to-find knick-knacks.

They got the space soon after, and called the new shop Obscurity. It is noteworthy not just for its rare wares, but also for its timing: Ms. Wheaton and Ms. Carson-Roy first decided to open the shop in May, as New Brunswick was still working through the COVID-19 pandemic’s first wave.

But they weren’t the only ones. After a rough start to the pandemic, Saint John recovered faster than much of the rest of Canada and had more businesses open than close in June – not just those reopening after pandemic shutdowns, but brand new businesses, too.

Part of this growth is because of New Brunswick’s demographics and geography. The small province contained the virus’s spread early, and allowed restaurants and retailers to reopen in early May, ahead of other provinces. And the careful, co-ordinated isolation requirements of the “Atlantic bubble” contained the coronavirus’s spread better than in much of the rest of Canada, providing a greater sense of normalcy and a safer environment for doing business. But many entrepreneurs in the city’s downtown – called uptown thanks to the main drag’s steep climb – believe it has just as much to do with heartfelt local support in a metro area with 126,000 people.

Obscurity opened its doors Oct. 1. “I think it’s great in Saint John – there’s not a lot of everything, but it’s quality over quantity,” Ms. Wheaton said from behind the cash register of her other shop, Heartbreak Boutique. “Uptown, there are a few really awesome coffee shops, and a few really great stores, and a few really great restaurants. We don’t really have an abundance of everything, but what we have is so awesome that it all just makes a very ... ”

Statistics Canada began publishing monthly estimates of business openings and closings as the pandemic began. The agency describes the data set as “experimental,” based on month-to-month changes in employment numbers from payroll remittance filings. It found that after a brutal March through May, Saint John had 141 businesses open in June, while 94 closed; in July, 110 opened while 85 closed. Moncton saw a similar trend, as did cities such as Winnipeg and Vancouver. The figures are adjusted to even out seasonal spikes, such as tourism businesses launching during summer months.

Canada as a whole did not see more businesses open than close until July. New Brunswick, meanwhile, led the country in terms of business reopening that month: Nearly 60 per cent of those that closed there in March and April reopened in July, versus 43 per cent in Ontario.

At least 10 new storefront businesses have sprouted up during the pandemic on the few blocks that make up Uptown Saint John’s business district. Though the lack of cruise ships hitting the port has significantly softened tourist traffic, many owners say local support has prevented them from dire financial situations.

“One thing I find about Johners is we’re really loyal,” said Nancy Tissington, executive director of Uptown Saint John Inc., the area’s business improvement association. “When one business is successful, the others are.”

Uncorked Tours built its brand shuttling people, often tourists, around Saint John for samples of local beer and wine. Though owner Gilliane Nadeau decided two years ago she wanted to open a physical tasting room with her sister, Nathalie, the room – which opened Aug. 1 in Saint John’s historic City Market – has begun to draw foot traffic to balance out the lack of cruise-ship customers. “It’s important to be adaptable,” Nathalie said. But, she added, “we always had locals in mind with this project.”

She is not alone. “When I did my business plan, I wanted to see if the local economy could support a concept like this,” said Susie Hines, who opened Hats on the Square, on King’s Square in the heart of uptown, in July. “So when it came to the tourism, I put it on the back burner – if I get any tourists out of this, it’s going to be gravy.”

Ms. Hines first had the idea to open her hat store last November; her children had grown up, and she’d always wanted to open a “little hole-in-the-wall business.” She quit her former retail job in February, only to find herself stuck during the pandemic with a basement “filled with hats.” Then Ms. Hines found out that her Canadian suppliers were halting production – forcing her to search for new suppliers in the United States, despite an original plan to sell all-Canadian wares. “They have good-quality products and a lot of creativity there. If anything, I was kind of glad it worked out that way.”

Just north of Hats on the Square, Trent Wheaton was supposed to open his new skateboard, apparel and record store called Riff Raff in March. He, too, was thwarted by the pandemic. With some help from his wife – Ms. Wheaton of Obscurity and Heartbreak Boutique – he did some local sales online before opening in May.

Mr. Wheaton had hoped to have all-ages concerts in the space to bring in customers, but that’s been made all-but impossible with indoor space restrictions and live music halted for months. There hasn’t been a skate shop nearby in years, though, which has helped with demand. “There’s been a really crazy resurgence,” he said. Like many Saint John businesses, he’s seeing less traffic than he’d hoped because of the pandemic – it also might have indirectly helped hone what he wants to carry at Riff Raff. “It actually gave me a bit of a push to find my niche without so much pressure.”

But the lack of cruise-ship traffic might soon be supplanted by a worse problem: As cold weather sets in, foot traffic is already diminishing for some Saint John businesses.

Alex Haram and his family leased a space just down the street from the cruise-ship terminal before the pandemic to open a second location of his Lebanese food restaurant, Let’s Hummus, after finding success in the city’s north end. It was supposed to open mid-March. After finally opening in July, Mr. Haram guesses he has brought in 40 per cent of the revenue that he first projected for the Water Street location this summer.

As September turned to October, the New Brunswick government made masks mandatory in indoor public spaces just as fall weather set in. Another key customer base – the late-night bar crowd – began thinning out quickly. Mr. Haram isn’t sure of his prognosis.

“Honestly, we’re working day to day,” he said from one of the few tables in the distancing-friendly shop in mid-October. “We don’t know what’s going to happen tomorrow. That’s the problem.” But he has hope that he’ll pull through the pandemic – even if it means he has to minimize hours and costs. “As long as it covers the expenses and my family, we’re happy.” 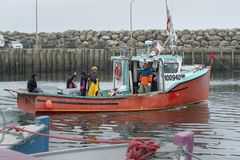 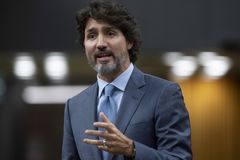 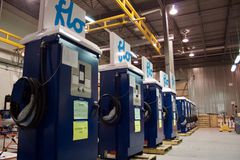