Sandpiper Group has laid out plans to steer Artis Real Estate Investment Trust should it win a bid to replace most of the board, including cutting costs, increasing distributions to investors and halting business with a company connected to the chief executive’s family.

Sandpiper is seeking unitholder support for its proxy fight at Artis, which the Vancouver-based activist investor announced last week. It wants to replace five of the company’s seven trustees, including CEO Armin Martens, with its own nominees. It also wants Artis’s proposed spinoff of Western Canadian retail real estate assets into a new trust scrapped in favour of asset sales.

Officials at Winnipeg-based Artis did not comment on Sandpiper’s criticisms or its plans to rejig the commercial landlord. Sandpiper owns more than 5 per cent of the trust units, giving it enough to requisition a special vote.

“The owners of Artis are the unitholders and we are saying now that we are bringing forward this list of concerns, and highlighting some of the significant gaps that we believe need to be addressed and have not been addressed over many years by the directors,” Sandpiper CEO Samir Manji told The Globe and Mail. He is one of the nominees to replace the current directors.

Artis has nearly 220 commercial properties in Canada and the United States. Its trust units had fallen by about a third in 12 months, suffering a big drop after the COVID-19 outbreak. It had launched a study of strategic alternatives and said in March it was in talks with potential suitors. Artis ended the process in May without a deal, saying market conditions were no longer conducive.

The units jumped nearly 3 per cent on Wednesday, closing at $8.65 on the Toronto Stock Exchange. Sandpiper has previously pushed for change at other entities such as Granite REIT, Extendicare, Agellan and Hudson’s Bay Co.

The activist investor, which first acquired Artis units in 2017, said in new presentation materials it aims to reduce the board’s fees by 25 per cent and cut general and administrative costs to increase distributions to unitholders by 10 per cent.

It also plans a strategic review of the commercial landlord’s assets and markets where the properties are located with the aim of shrinking the discount at which the units trade.

Mr. Manji has questioned the independence of a construction, property acquisition and management company, Marwest Management Canada Ltd., controlled by Mr. Martens and members of his family. Artis said in its annual information form that Marwest performs work for it from time to time, but transactions are not disclosed to unitholders. “All transactions with entities connected to the CEO’s family will be eliminated,” Sandpiper said.

Artis held its annual meeting last month, after postponing the event in June, and Sandpiper supported the company’s slate of trustees, even though the retail spinoff it now rejects as too risky for investors had been announced. There, all but one nominee received vote counts of more than 95 per cent.

Under Artis’s plan, it would form a new trust with its retail properties in the western provinces, leaving it with industrial and office assets.

Mr. Manji said he had committed to not interrupting the rescheduled meeting, and instead opted to requisition a special meeting.

Artis’s largest shareholder is the estate of Tim Hortons founder Ron Joyce, which had 10.7 per cent of the trust units as of Aug. 10. 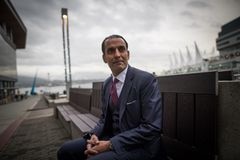 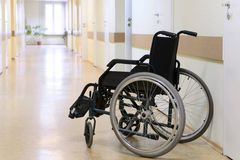 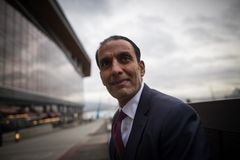