A “crude competitiveness” and “irrational” behaviour from rival businesses in the wake of recent tariffs on U.S. goods are spelling trouble for dairy giant Saputo Inc.

The Montreal-based company said its net income fell by about 37 per cent from $200.3 million to $126 million in its first quarter as it grappled with U.S. rivals, who upped the ante when they started to focus on domestic markets where they go head-to-head with Saputo, and international competitors, who rushed to stockpile products before tariffs on U.S. yogurt imported to Canada took effect on July 1.

“We’re seeing things that are going on in our industry that we quite frankly haven’t seen before and we had seen some pretty intense competition in the past,” said Lino Saputo, the company’s chief executive officer, in a Tuesday earnings call, where he mentioned seeing recent media reports that value Europe’s stockpile of powder used for dairy products at more than 250,000 metric tons and the U.S.’s at about 635,000 metric tons.

Those stockpiles and the cost of acquisitions, operating costs, currency fluctuations and prices for some of Saputo’s products have created a “very very competitive market that we want to protect,” he said.

The company is feeling the squeeze the most when it comes to milk, which competitors can quickly fill plants with to increase output, but Saputo said he is instead preparing to “fight a good fight” for the businesses’ cheese sector because it is an area where “we know how to make more effectively and more efficiently than our competitors.”

However, fighting that fight could prove challenging given the labour market.

Saputo admitted that it is getting harder to find workers willing to toil away in a plant environment and as a result, the company has had to operate with “higher-than-normal” levels of overtime to account for labour shortages.

“We’re hoping that there will be more people in the labour force that we can tap into to try to reduce overhead, but right now, we don’t see a lot of relief in sight with the labour shortages that we are seeing in the U.S. specifically,” he said.

Still, Saputo appeared optimistic about the company’s position and said he is even seeing more opportunities for mergers and acquisitions because there are a lot of assets for sale in the market.

The U.S., Europe, Argentina and Australia are all on his radar, but the size of the opportunities there are all “small,” ranging in value from $150 million to $1 billion, he said, noting that he aims to have clean balance sheet and the ability to raise about $3 billion for one or multiple acquisitions.

“What we need to do is make sure that we can choose the right platforms that give us the best potential to further strengthen our platforms and, quite frankly, there are some files to be put on the back burner because more interesting files have presented themselves,” he said.

“I think we are really in the driver seat here.”

Meanwhile, Saputo said he is opposed to a suggestion by former prime minister Brian Mulroney that Canada eliminate the supply and demand system for milk, eggs and poultry.

Montreal La Presse reported Tuesday that Mulroney made the comment at a conference in Winnipeg this past spring.

Mulroney reportedly said abolishing the system would benefit consumers, although he added at the same time that Ottawa would have to be ready to offer farmers “generous compensation” in return.

“He wants to abandon the whole system,” Saputo said after the company’s annual meeting in Laval, Que.

“I don’t think that should happen...I’m not against the Canadian system. It works for Canada.”

His comments came as the company said its revenue increased to $3.27 billion from $2.89 billion, with some of the increase due to its recent acquisition of Australian dairy company Murray Goulburn, U.S.-based Montchevre and Ontario-based Shepherd Gourmet.

Revenue was also positively affected by higher average cheese and butter prices, partially offset by lower prices for dairy ingredients and a $125-million negative impact from the value of Canada’s dollar against other currencies.

Saputo also announced an increase to its quarterly dividend to 16.5 cents per share, payable Sept. 14, an increase of 3.1 per cent. 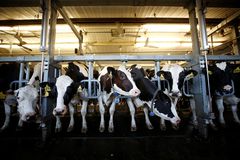 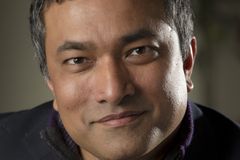 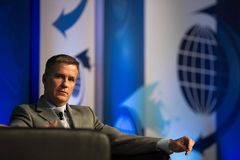