The Save Small Business advocacy campaign said it would wind down Monday after six months of struggling to persuade governments to protect Canadian entrepreneurs from the COVID-19 pandemic’s economic devastation.

Small and medium-sized businesses account for about half of Canada’s economic output, but often operate on thin profit margins with fixed overhead costs. They were among the first businesses to suffer massive revenue losses during shutdowns that started in March. Some began closing for good within weeks as government relief programs ­– including those designed specifically for small businesses – ­were plagued by delays and rigid application rules.

“If this pattern continues, this winter will most certainly bring the failure of thousands of small businesses that are currently barely hanging on,” Save Small Business’s co-founders wrote in a blog post Monday.

Save Small Business emerged as a leading voice for entrepreneurs as they struggled to survive during lockdowns and restricted reopenings and pushed governments across the country to consider the sector’s economic impact in policymaking. While the more well-known, decades-old Canadian Federation of Independent Business is a membership-driven lobby group with paid staff, Save Small Business was built as a less centralized, grassroots advocacy campaign by a group of entrepreneurs in the Toronto and Vancouver areas working in their spare time. Starting with a petition, the group quickly built a network of more than 38,000 business owners to share ideas.

In their parting blog post, Save Small Business’s co-founders wrote that they felt governments were receptive to the needs of entrepreneurs in the early days of the pandemic. But the policies they sought were “delayed, watered down and over-complicated,” putting the future of a generation of Canadian small businesses at risk.

They saved their harshest words for Canada Emergency Commercial Rent Assistance (CECRA) program, the plan Ottawa and provinces introduced after entrepreneurs pleaded for weeks early in the pandemic for help with what is usually the biggest fixed cost for business owners. The rent program, which Ottawa is considering overhauling, requires landlords to apply instead of tenants – prompting very low uptake despite months of promotion.

Save Small Business called the rent program “doomed” from the start. “Instead of designing for ease of use to help the most possible small business owners, it was designed for fraud prevention,” the co-founders wrote.

In an interview, co-founder Erin Millar said “it was extremely apparent that our government lacked mechanisms and channels to really connect and listen to huge portions of the people that make up our economy."

Ms. Millar is also the co-founder of community journalism startups Discourse Media and Indiegraf. She said Chrystia Freeland, the Deputy Prime Minister and long-time journalist who replaced Bill Morneau as Finance Minister last month, might shift the tone of government consultations because her career has been “defined by asking questions and listening."

What began as a few entrepreneurs launching a petition turned into another full-time job at times. Mr. Shell said Save Small Business needed a staff and time to re-engage with its original supporters to ensure they wanted to be part of something newer or bigger than the initiative they backed at first.

To do so would require reimagining the group. “I don’t think Save Small Business, in its current form, can offer much more," Mr. Smith said.

In interviews and in their blog post, the co-founders repeatedly described being disillusioned by the federal and provincial governments' unwillingness to listen to small businesses' needs.

On the federal level, Mr. Shell said: “The thing I didn’t understand was how centralized decision-making was in government. If you’re not talking to the Minister of Finance or the Prime Minister, it doesn’t matter. That was both surprising and discouraging to me."

The co-founders asked governments to consult not just sector leaders, but real entrepreneurs who may not feel represented by traditional lobby groups; to be more precise about entrepreneurs' needs as they design policy; and to require more relief from Canada’s financial sector.

Farees Nathoo, a spokesperson for Ms. Freeland, declined to respond to Save Small Business’s criticisms of the federal government except to say that “we have been working closely with small businesses and will continue to listen and collaborate with them in the months to come.”

Small Business Minister Mary Ng’s office said connecting with entrepreneurs and groups such as Save Small Business helped shape Ottawa’s pandemic response. Spokesman Ryan Nearing did not comment on the group’s criticisms of the federal government, but said, “We are still listening, and our work isn’t over.” 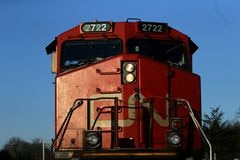 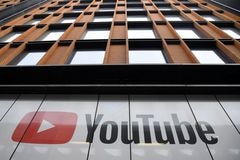