Matthew McClearn
Published May 26, 2021 Updated May 26, 2021
For Subscribers
Comments
Text Size
Please log in to listen to this story. Also available in French and Mandarin. Log In Create Free Account

Moltex Energy, a small, privately held company based in Saint John, plans to build a nuclear power plant in New Brunswick by the early 2030s. It would recycle spent fuel from Canada’s CANDU reactors (including NB Power’s Point Lepreau Nuclear Generating Station), and reprocess the waste in a 300-megawatt reactor called the Stable Salt Reactor-Wasteburner (SSR-W). Moltex received a combined $50.5-million from the federal Strategic Innovation Fund and the Atlantic Canada Opportunities Agency (ACOA) in March.

An open letter to Prime Minister Justin Trudeau sent on Tuesday said the plutonium recovered by Moltex’s reprocessing plant would present high proliferation and environmental risks. France, Russia, China and India (all of which have nuclear weapons programs) reprocess spent nuclear fuel to recover plutonium. Japan is currently the only country without a weapons program to do so. The authors worried that other countries could point to Canada’s support of the Moltex program to help justify their own attempts to produce plutonium that could be redirected to nuclear weapons.

How Canada can lead amid the global energy transition

The letter’s nine signatories included physicist Frank von Hippel of Princeton University; Alan Kuperman, co-ordinator of the Nuclear Proliferation Prevention Project; and Thomas Countryman, who was U.S. assistant secretary of state for nonproliferation between 2011 and 2017.

The letter to the Prime Minister also said that “like other reprocessing efforts, Moltex, even in the [research and development] stage, would create a costly legacy of contaminated facilities and radioactive waste streams and require substantial additional government funding for cleanup and stabilization prior to disposal.”

Dr. von Hippel, the letter’s lead author, said in an interview: “I would hope that Prime Minister Trudeau and his government will commission a review of the broader implications of Moltex, as well as other companies that are promoting reprocessing, to develop a policy which takes these non-proliferation and environmental considerations into account.”

In its presentations and promotional materials, Moltex says the SSR-W’s ability to burn spent fuel would be an unambiguously desirable trait: The SSR-W could consume approximately one-twentieth of Canada’s spent fuel inventory over more than half a century in operation, the company said, while producing clean electricity. New Brunswick Power has said it partnered with Moltex in part because of this waste-burning capability.

And while Moltex acknowledges that most reprocessing techniques can present a serious nuclear proliferation risk, it added that its proposed reprocessing facility would produce highly impure plutonium that is completely unsuitable for use in weapons.

The letter said Moltex appears to rely on a technique called pyroprocessing, which involves recycling reactor wastes using high temperatures. Edwin Lyman, director of nuclear power safety for the Union of Concerned Scientists, said during a webinar in April that the only industrial experience with pyroprocessing began in Idaho 25 years ago, after a reactor was shut down in 1994.

The reactor left behind 60 tonnes of waste that was incompatible with the United States’ proposed disposal facility, so a project was commenced to reprocess the entire stockpile in eight years.

“The experience with this system has not been a success, to put it mildly,” Dr. Lyman said. The production rate “was 30 times slower than projected, and the cost also ballooned.” The resulting hazardous waste has never been disposed of, he said, and nobody knows what to do with it.

Spent CANDU fuel is in a solid form, and if undamaged is fairly robust. “What reprocessing does is, it dissolves that material and separates it out into various constituents and generates all sorts of different waste forms,” Dr. Lyman said. Moltex’s pyroprocessing would produce new wastes including salts contaminated with fission products, leftover radioactive uranium – all of which would need to be disposed of in some manner. If unused, the plutonium would also constitute waste, he added.

Mr. O’Sullivan said the waste would contain less longer-lived radioactive material than CANDU fuel -- and that it can be reprocessed repeatedly.

“We never say we can get rid of all wastes,” Mr. O’Sullivan said. “We’re reducing the long-lived waste, but it’s not magic. We can’t get rid of material.”

In a statement, the NWMO said it had no arrangement with Moltex to handle the wastes it would produce in New Brunswick, but is in discussions with the company to determine how this could be done. The NWMO requires that used fuel be a durable, solid material that will not react chemically or contaminate groundwater.

On Tuesday, The Globe and Mail asked the two bodies that provided the federal funding (ACOA and Innovation, Science and Economic Development Canada) what due diligence they performed regarding the proliferation and environmental risks associated with Moltex’s reprocessing process.

ISED spokesperson Sophy Lambert-Racine said the department conducts due diligence, but the results are considered confidential and not disclosed.

ACOA had not responded by late Tuesday. 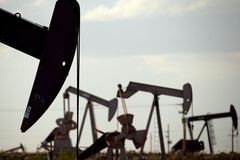 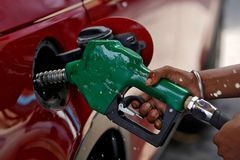 Opinion
German Greens could form the next government and launch an impossibly ambitious decarbonization crusade
Subscriber content
May 21, 2021 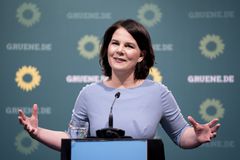