Bird Canada has landed a deep-pocketed backer for its planned cross-country rollout of shared electronic scooters and e-bicycles.

Toronto-based Bird Canada has raised money from Montreal-based MKB, a private-equity fund that invests in sustainable transportation and energy projects, as well as from three of its current institutional backers, to expand a network that currently rents e-scooters in six Alberta and Ontario cities.

Bird Canada chief executive officer Stewart Lyons said the financing raised “in the millions of dollars,” but declined to give an exact figure.

“It will allow us hopefully to move more quickly into more Canadian markets, as we’re seeing an increased level of interest from cities across the country and we want to be able to take advantage of that,” Mr. Lyons said in an interview. The Canadian-owned company is a partner of U.S.-based Bird Rides Inc.

New markets on the company’s radar include Hamilton; Richmond, B.C.; London, Ont.; and cities in Saskatchewan, he said.

Former Uber executive Travis VanderZanden founded Bird four years ago in Santa Monica, Calif., opening the doors with a fleet of just 10 e-scooters. The business now operates shared fleets in more than 120 cities in 25 countries, and recent financings valued the U.S.-based company at over US$2-billion.

As of this month, Canadians have taken more than a million rides on Bird Canada e-scooters, which have a top speed of 25 kilometres an hour and a 40-kilometre range. The scooters are placed out for use in spring, and are collected again as winter approaches.

Interest in what is known as micromobility increased during the pandemic, as health concerns led some commuters to avoid public transit and ride-sharing services, Mr. Lyons said. Meanwhile, cities have also sought ways to reduce vehicle traffic on congested streets while also seeking to limit greenhouse gas emissions, he said.

Three domestic private-equity funds – Obelysk, Relay Ventures and Alate Partners – launched Bird’s e-scooter business in Canada in 2019. Cities such as Edmonton, Calgary and Ottawa were the first to host fleets, while Bird e-scooters made their debut in Windsor, Ont., this summer.

MKB recently launched a $175-million fund that invests in businesses focused on the decarbonization and electrification of energy and transportation. Prior to backing Bird Canada, MKB put money into Quebec auto-charging network company AddEnergie and vehicle battery maker Ample.

“Many larger cities and smaller towns across Canada are taking the important step of evaluating the benefits of shared e-scooter programs as an alternative, sustainable transportation option,” said Antonio Occhionero, a partner at MKB who is joining the Bird Canada board of directors.

Not every Canadian jurisdiction is jumping on the e-scooter bandwagon. In May, Toronto’s city council opted out of an Ontario-wide pilot project over concerns that e-scooters posed problems on the roads for people living with disabilities and failed to meet a number of safety standards.

At the time, Bird Canada said in a press release it was “disappointed” by the Toronto council’s decision. The company said: “If the City of Toronto is serious about becoming more sustainable, green and livable, then micromobility in all its forms, including e-scooters, must be part of the solution as they have been in more than 200 cities around the world.”

With files from Jeffrey Jones 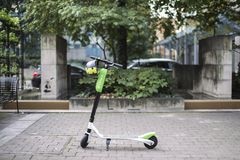 E-scooter use on the rise again around the world after bans
August 5, 2020 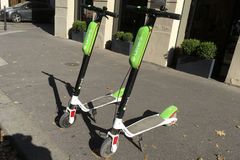 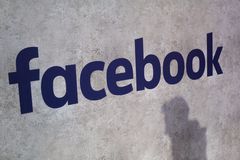