First-quarter profits at Bank of Nova Scotia and Bank of Montreal climbed back above prepandemic levels as concerns about bad loans ease and senior bankers are voicing growing optimism about an economic rebound this year.

Both banks set aside less money to cover write-offs in their fiscal first quarter, which ended Jan. 31, than in any quarter since the COVID-19 pandemic began – even when compared with the first quarter of 2020, before the coronavirus prompted lockdowns across North America. That reflects bankers’ confidence that they have adequate reserves to absorb losses from future loan defaults, and that spending and borrowing by consumers and businesses are poised to pick up.

Both banks tempered their optimism by acknowledging the risks of delays to vaccination programs in Canada, and new variants of COVID-19 that could spread rapidly, prolonging lockdown measures. But with economic indicators improving – forecasts suggest U.S. GDP could rise by 5 per cent to 6 per cent this year, and lag slightly at 4 per cent to 5 per cent in Canada – bankers are increasingly confident that many clients have found ways to cope with COVID-19.

The robust quarterly profits announced Tuesday “happened in a period when we still are living under COVID restrictions, which gives us a good level of optimism as both sides of the [Canada-U.S.] border start opening up,” said Tayfun Tuzun, BMO’s chief financial officer, in an interview.

Scotiabank reported a first-quarter profit of $2.4-billion, or $1.86 a share, compared with $2.33-billion, or $1.84 a share, in the same quarter a year earlier. Adjusting for one-time items, Scotiabank said it earned $1.88 a share, whereas analysts expected adjusted earnings of $1.53 a share, according to Refinitiv.

Both banks’ stock prices jumped higher on Tuesday. Scotiabank shares climbed 2.8 per cent to close at $74.10 on the Toronto Stock Exchange, and BMO shares rose 3 per cent to $104.90.

Demand for new loans remained sluggish in the quarter, aside from Canada’s hot market for residential mortgages, where lending was up 7 per cent at Scotiabank and 9 per cent at BMO. And profit margins on loans showed signs of stabilizing, having been squeezed by low interest rates.

Those headwinds were more than offset by a continued boom in capital markets, as trading revenues surged again and investment banking activity remains healthy, as well as strong results from wealth management. Even retail banking profits showed signs of picking up steam, rising 7 per cent to $911-million at Scotiabank and 5 per cent to $737-million at BMO.

Profit from U.S. personal and commercial operations also gave BMO a major boost, soaring 66 per cent to $582-million, even though commercial loans – which are the backbone of the bank’s U.S. business – increased by just 2 per cent.

By contrast, profits from Scotiabank’s international banking division – which is concentrated in Mexico, Peru, Chile and Colombia – fell 25 per cent year-over-year to $389-million. But that was an improvement from the previous quarter, and the bank said the division is on track to generate quarterly profit of at least $500-million by the end of the year.

Yet easing fears about loan losses remain one of the largest factors that has helped banks’ profits rebound. Credit portfolios are holding up better than expected, and programs that let clients to defer payments on tens of billions of dollars of loans expired with few delinquencies. “The bottom line is that our customer assistance programs did their job, they worked,” said Daniel Moore, Scotiabank’s chief risk officer, on a Tuesday conference call.

Scotiabank took $764-million in provisions for credit losses, down 17 per cent from a year ago, and expects its provisions will decline further in the coming quarters, even as the delinquent loans rise.

BMO’s loan loss provisions totalled $156-million, a 55-per-cent drop from the same quarter last year. Improving economic forecasts allowed the bank to recover $59-million previously earmarked for potential losses on loans that are still being paid back. But BMO’s Mr. Tuzun said the bank will be careful not to reclaim funds from its reserves too quickly, because “we have not lived through an environment like this.”

The two banks continued to build up billions of dollars of excess capital, as Canada’s banking regulator has temporarily prevented banks from raising dividends and buying back shares. When restrictions are lifted, each bank expects to return to a rhythm of semi-annual dividend hikes and to start buying back shares. Speculation has also swirled that BMO might spend some of its capital to acquire a U.S. banking rival and expand its reach south of the border.

“If there are M&A opportunities, we look carefully at them,” BMO CEO Darryl White said. “We don’t swing at every pitch, and I can tell you, there are a lot of pitches coming across the plate right now.” 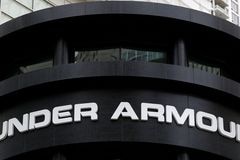 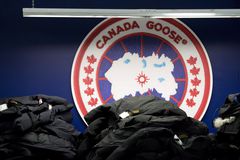 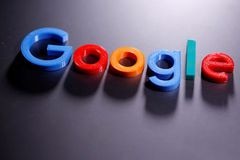