Bank of Nova Scotia is caught in an escalating standoff with the Prime Minister of Antigua and Barbuda over an agreement the Canadian bank made last year to sell its Antiguan operations.

The deal announced in November would see Scotiabank sell its operations in nine Caribbean countries including Antigua, Grenada and St. Lucia, as part of a broader plan to reduce its exposure to risks in the region. The buyer is Republic Financial Holdings Ltd., a company based in Trinidad and Tobago that owns banks in the Caribbean and South America under the Republic Bank brand.

Yet, the deal surprised and upset senior leaders in Antigua’s government, who say they learned of the agreement from a news release. No sooner had it been announced than the country’s Prime Minister, Gaston Browne, began pressing Scotiabank to agree to sell its operations to a consortium of local banks instead, while withholding the government’s approval for any foreign sale. In response, Scotiabank has told Mr. Browne that it intends to proceed with its sale to Republic Financial, as agreed.

The result is a stalemate that has dragged on since December between a bank with more than $1-trillion in assets and a country with gross domestic product of US$1.7-billion.

In an interview with The Globe and Mail on Monday, Mr. Browne said Antigua’s insistence that local buyers be given first right of refusal to buy Scotiabank’s assets is not a sign of hostility to foreign investors, but rather a necessary step to begin to shore up Antigua’s vulnerable banking sector.

“Scotiabank made 60 years of profits out of this economy and it was only right for them to give a local entity or a consortium of local banks the first right of refusal," Mr. Browne said. “They’re just being bloody-minded. We’re saying here that they’re not taking into consideration the position of the country, the country’s economy."

In a written statement, Scotiabank spokesperson Jane Chan said the bank “is proud of the many contributions made to Antigua [and] Barbuda and its citizens since 1961.”

“We remain bound by the terms of this agreement, and are committed to working with Republic Bank to obtain all the necessary approvals to close the transaction,” she said. “We are confident that this transaction provides the best long-term solution to our customers and our employees. Until all required approvals are obtained, other customary closing conditions are met and the transaction closes, all operations will continue as usual.”

Scotiabank’s deal with Republic Financial is not financially material to the bank, and “subject to regulatory approvals and customary closing conditions,” including from the region’s regulator, the Eastern Caribbean Central Bank. But Mr. Browne has made it clear Scotiabank won’t be granted a vesting order that he says is legally required for any sale to a foreign entity to be approved. Vesting orders are granted by the Minister of Finance – a position Mr. Browne also holds.

“We’re not hostile to foreign investment, we’re not pushing away Scotiabank," Mr. Browne said, although he expects “that is the spin that some will put on it.” He notes that Antigua has suffered three bank failures in recent years and, in one case, was forced to pump US$300-million into the collapsing ABI Bank to protect depositors. As a result, his government has made priority of consolidating the local banking sector to make it more resilient.

In a letter to Mr. Browne dated Aug. 19, Scotiabank’s senior vice-president of international banking, Brendan King, said "we hope to resolve this situation in a matter satisfactory to all impacted parties. However, please be advised that if we are unable to consummate the sale to Republic Bank, we will need to re-examine all of our options, including the closure of our operations in Antigua and Barbuda.”

Mr. Browne replied three days later with a letter expressing his “profound disappointment and amazement," and said that by insisting on selling its assets to Republic Financial, Scotiabank “displays a blatant disregard for the laws of Antigua and Barbuda."

Mr. Browne claims that a consortium of local banks, which could include two banks in which the government owns shares, offered the same price and terms offered by Republic Financial. His government also held talks with Republic Bank about local banks buying 40 per cent of the assets, but that proposal fell apart.

In a letter to Mr. Browne on July 15, Republic Financial president and chief executive Nigel Baptiste decline the government’s offer, which he said “is substantially below what we believe to be an acceptable valuation range.”

Spokespeople for Republic Financial could not be reached for comment.

Mr. Browne said his government remains open to negotiating a sale that works for all parties. But he also said if the standoff continues, Scotiabank “may be lucky to get one dollar” for its Antiguan operations.

“We are calling upon Scotiabank to stop playing games with us. If they’re playing a game of chicken, they’re wasting their time,” Mr. Browne said. 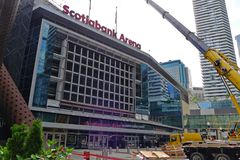 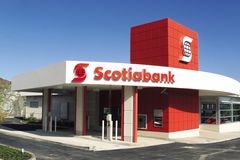