Rising international banking profit and lower expected loan losses helped to propel strong third-quarter results at the Bank of Nova Scotia, while the Bank of Montreal’s earnings suffered from relative weakness in those same areas.

Profit rose 2 per cent at Scotiabank, or 9 per cent when excluding a large loss on the sale of its operations in Puerto Rico and the U.S. Virgin Islands – a sign of progress that broke a streak of four straight quarters of disappointing results. Yet at BMO, profit increased by just 1 per cent, as higher expected loan losses offset steady progress in its core divisions.

The results continue a run of decent but uneven results from Canada’s largest banks for the fiscal third quarter, which ended July 31. Last week, the Royal Bank of Canada’s profit fell short of expectations while the Canadian Imperial Bank of Commerce eked out better returns than analysts had forecast. Profits from the banks’ core Canadian retail operations have risen more slowly of late, as uncertainty grows around the outcome of trade tensions and central banks consider cutting rates to prop up economic expansion.

Canadian banks’ share prices have been trending downward, but bank CEOs have stressed that they see reasons for cautious optimism as unemployment rates remain low and credit losses, though rising, are still modest by historical standards.

“It’s hard to ignore the fact that the trade tensions are creating, first of all, volatility in the markets ... but also some suppression of growth,” said Darryl White, BMO’s chief executive officer, on a conference call with bank analysts. “It’s not a catastrophe, but it is definitely a slowing environment from the perspective of GDP growth.”

For the first time since Scotiabank embarked on an ambitious strategy that included $7-billion in acquisitions and the sale of businesses in some 20 countries, the bank’s choppy earnings showed clear signs of stabilizing. Some of those deals have yet to close, however, and Scotiabank absorbed $466-million in after-tax losses related to acquisitions and divestitures.

Adjusted to exclude certain items, including divestiture costs, Scotiabank said it earned $1.88 per share. Analysts expected $1.85 per share, on average, according to Refinitiv. Scotiabank’s adjusted profit rose 9 per cent to $2.46-billion, and the bank raised its quarterly dividend by 3 cents to 90 cents per share.

In the core Canadian retail bank, profit improved by 3 per cent, boosted by acquisitions as well as increases in loans and deposits. Earnings from international banking – which is focused on Mexico, Peru, Chile and Colombia – increased by $262-million to $781-million, due partly to acquisitions and despite relatively flat profit from Mexico. Adjusted to exclude certain items, international profit was $815-million, up 14 per cent.

Scotiabank also predicts that its acquisitions will chip in more profit this year and in 2020 than executives had expected, but the bank is taking a break from making any further acquisitions of any size.

“We are pleased with this quarter’s results, which represent a marked improvement from results earlier in the year," said Brian Porter, Scotiabank’s CEO.

Provisions for credit losses – which are the funds banks set aside to cover bad loans – also improved, falling 24 per cent to $713-million, as the bank recovered provisions on loans that are performing.

By contrast, expected loan losses were BMO’s Achilles heel in the quarter. Provisions jumped to $306-million, compared with an unusually low $186-million a year earlier. The figure swelled in part because BMO had issues rolling out a new collections system that made it harder to reach out to customers before they defaulted. Chief financial officer Tom Flynn called the problem “a bit of a one-time event” and said it is largely resolved.

“We are not seeing any concerning, systemic, thematic or sectoral trends in any of our credit books,” chief risk officer Pat Cronin told analysts.

But BMO has begun winding down its property and casualty reinsurance business, which the banks deemed too volatile as extreme weather becomes more common. “We are expecting, and have continued concerns, that with climate change, we’re just going to see more frequent and higher claims," said Joanna Rotenberg, group head of wealth management.

Profit from BMO’s U.S. personal and commercial banking division, which has been a source of strength, rose only 1 per cent to $368-million, despite robust growth in loans and deposits. Loan margins fell sharply as investors expect the U.S. Federal Reserve will further cut interest rates.

Shares in the two banks moved in opposite directions on the Toronto Stock Exchange on Tuesday, with Scotiabank trading 0.5 per cent higher at $68.12 and BMO’s shares down nearly 4.3 per cent to $88.44. 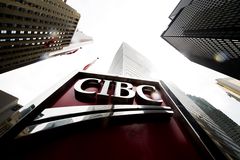 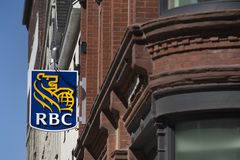