It didn’t pay to get fired at Bank of Nova Scotia over the past two years, compared with the other big banks. That’s a tough break for senior executives at Canada’s most global bank, but good news for investors.

The country’s banks now report how much they handed out in severance packages to their top employees; the traders, investment bankers and corporate lenders with the authority to make big bets with house money. Details on farewell cheques are one element of a larger campaign by regulators to increase disclosure around compensation and risk, a crusade that began a decade back in the wake of the global financial crisis.

In simple terms, if an employee puts meaningful amounts of the bank’s capital at risk as part of their job, regulators want to know how that person is getting paid. The financial crisis taught us that compensation drives behaviour at banks.

At Canadian banks, these regulations translate into detailed descriptions of how they pay employees known as “material risk-takers.” Each of the six-largest domestic banks publishes overall compensation figures for approximately 200 top executives.

In addition, domestic banks and their international rivals must reveal signing bonuses or guaranteed compensation offered to entice new employees to the bank. And regulators demand disclosure of severance packages handed out when risk-taking executives get fired.

Here’s where Scotiabank shines for shareholders, but is tough on employees.

Scotiabank parted with a total of 18 executives over the past two years, according to regulatory filings. That is at the low end of the range among domestic banks. Canadian Imperial Bank of Commerce handed out the most pink slips, cutting loose 29 so-called material risk-takers.

Scotiabank paid a total of $16-million to departing senior employees, or an average of $890,000 for each severance package. This is significantly less than the farewell payments that rivals handed out.

At Bank of Montreal, saying goodbye meant packages that averaged $1.72-million to each of its 28 ex-employees, the high water mark for severance pay among domestic banks.

Only National Bank of Canada matched Scotiabank’s frugality. The Montreal-based company is significantly smaller than its rivals, and averaged $747,000 in severance payments to each of the 17 senior executives who left in the past two years. The remaining big banks paid out an average of between $1.3-million and $1.6-million to each departing employee.

At Toronto-Dominion Bank, where the average severance package was $1.3-million and a total of 21 executives exited over the past two years, the numbers are skewed because the bank’s disclosure shows one senior executive received $5.7-million in severance.

The same was true at Royal Bank of Canada, where one former employee got a $5.2-million package. Royal Bank’s average severance was $1.6-million, and there were 21 payouts handed out during 2016 and 2017.

All of the banks, including Royal Bank and TD, noted that they shared the reasons for the largest employee payouts they made with regulators on a confidential basis.

None of the six big Canadian banks disclosed hiring bonuses or guaranteed pay packages for senior employees in the past two years.

Hiring and firing is part of the circle of life in banking. At some point in every financial cycle, institutions dive into a new sector by recruiting talent and backing these teams with house money. When these markets cool and profits dry up, the banks retreat by pulling back capital and cutting staff. In recent years, Canadian banks rolled in and out of sectors such as mortgage trading, energy derivatives and high-yield debt.

For investors, it’s reassuring to see that none of the domestic banks are throwing around guaranteed compensation for new employees. It implies that banks are looking to home-grown talent when they expand, and that tends to create a sustainable corporate culture.

When it comes to severance pay, shareholders should take comfort from Scotiabank holding the line on payouts to former employees. Regulators forced banks to disclose details around compensation for key employees to help investors better understand the risks these institutions are taking with their capital.

Big severance payouts signal a willingness to take on big risks. When Scotiabank cuts fewer senior executives, and hands out relatively small severance payments, it implies a prudent approach to the shareholder’s money. 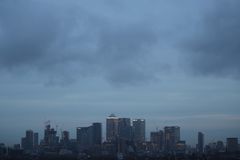 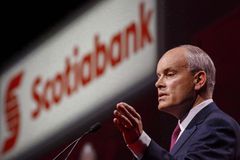