Bank of Nova Scotia is spending about $300-million annually to combat money laundering even as it pulls out of some riskier markets, at a time when Canada’s government is promising new resources to fight financial crime.

The bank’s chief executive officer, Brian Porter, voiced support for an array of new measures unveiled by the federal government in last month’s budget, speaking to reporters after Scotiabank’s annual meeting of shareholders on Tuesday. The new initiatives are the government’s response to continuing criticism over significant gaps in Canada’s anti-money-laundering regime.

Scotiabank spent nearly $300-million enhancing anti-money-laundering capabilities last year, and expects to invest “pretty close to that in 2019," he said. And he acknowledged that Scotiabank is keenly aware of growing scandals over money-laundering lapses at two Nordic lenders, Danske Bank and Swedbank, that have claimed executives’ jobs, damaged those banks’ reputations and drawn heightened attention to global flows of illicit funds.

“This is a big issue and it’s one I think about a lot," Mr. Porter said. “We’ve all read in the papers about Danske Bank and Swedbank and what went on there."

Scotiabank spends more heavily on anti-money-laundering controls than some of its peers, partly as a function of its geographic footprint. Not long ago, the bank operated in more than 50 countries, from Russia and Turkey to the Caribbean and Latin America, many of which have been targets for those looking to wash illegal funds. Since Mr. Porter took over as CEO five years ago, the bank has sold businesses in some 20 countries, focusing the bank’s international footprint but also reducing its exposure to money-laundering risks.

Money laundering is only one risk factor the bank has looked to mitigate by “divesting some smaller markets. It’s a function of managing operational risk,” he said.

The bank had previously scaled back its metals business, ScotiaMocatta, having failed to sell the unit in 2017 after it was linked to a money-laundering scandal. In 2015, Scotiabank reached a written agreement with U.S. regulators to fix its oversight and monitoring of suspicious activity, correcting gaps in its compliance program.

Some estimates suggest that the total sums of money laundered each year add up to between 2 per cent and 5 per cent of global gross domestic product (GDP), or trillions of dollars, though it is hard to be precise about funds that exist in the shadows by their nature. “And this isn’t just drugs, it’s human trafficking, it’s all sorts of terrible things going on," Mr. Porter said, noting that banks have "an important role” to play in stemming the flow of such funds.

In recent years, Canada has received lukewarm ratings for its effectiveness at combatting financial crimes such as money laundering and terrorist financing. In response, the latest federal budget promised a series of investments and measures to try and “modernize” Canada’s regime to enforce anti-money-laundering laws.

The government promised to invest $16.9-million over five years in the Financial Transactions and Reports Analysis Centre of Canada (FinTRAC), and to boost the RCMP’s investigative capacity with tens of millions of dollars in annual funding. There are also plans to create an Anti-Money Laundering Action, Coordination and Enforcement (ACE) Team, drawing together experts from intelligence and law-enforcement agencies to boost co-operation. 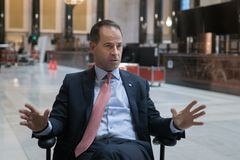 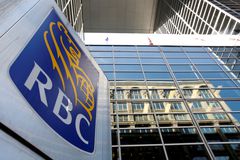 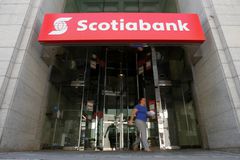