Bank of Nova Scotia is extending a string of acquisitions with a $2.6-billion deal to buy MD Financial Management, a leading wealth-management company catering to doctors.

Headquartered in Ottawa with more then $49-billion in assets under management, MD Financial specializes in providing financial products, services and investment counselling to physicians and their families.

As part of the deal, Scotiabank has also struck a 10-year agreement with the Canadian Medical Association (CMA), which owns MD Financial, to promote the bank as its “preferred provider” of financial services to Canadian doctors.

In return, Scotiabank has pledged to spend $115-million over the next decade in support of the medical profession and Canadian health care.

The acquisition builds on a pledge Scotiabank has made to invest in its wealth-management arm, which currently contributes about 12 per cent of the bank’s total earnings. In February, Scotiabank announced a deal to acquire investment firm Jarislowsky Fraser Ltd. for $950-million, bolstering its asset-management offerings for institutional investors.

“We believe that the acquisition of MD and the collaboration with the CMA are in complete alignment with our strategic objectives and the goals we have set forth for our wealth-management businesses.”

By itself, buying MD Financial would be a substantial acquisition for Canada’s third-largest bank. But it comes at the end of a six-month stretch that has also seen Scotiabank snapping up assets in Latin America, which is the focus of its international strategy and a key source of growth. Most notably, Scotiabank is spending $2.9-billion to acquire Banco Bilbao Vizcaya Argentaria S.A.’s Chilean retail banking business, BBVA Chile.

Scotiabank will pay the purchase price in cash, funded partly by a public, bought-deal offering of 19.7 million shares at $76.15 a share, which will raise $1.5-billion.

The bought deal offering is underwritten by a syndicate led by Scotia Capital Inc., and includes an over-allotment option that could push gross proceeds as high as $1.73-billion.

The deal is expected to close in the bank’s fiscal fourth quarter, which ends Oct. 31.

MD Financial’s current executive team, led by CEO Brian Peters, will remain in place. The firm currently serves about 35 per cent of Canada’s physicians, and Scotiabank sees room for it to grow.

The bank also expects to find significant ways to make the business more efficient by merging it as a standalone brand within the bank’s wealth-management division.

MD Financial has long prized its independence in offering financial advice and investment services to physicians through its several subsidiaries.

Maintaining that culture was important to Mr. Peters, and he was persuaded that Scotiabank’s other acquisitions such as Jarislowsky Fraser, the Dynamic family of mutual funds and even Tangerine Bank, which was formerly known as ING Direct Canada, were operating with relative autonomy after being folded into the bank.

He said the deal will provide the MD client base with more services and added that Scotiabank’s technology platforms would also be a benefit.

Dr. Brian Brodie, CMA board chair, said that the organization currently counts 88,000 of the approximately 125,000 doctors in Canada as members. With some of the proceeds from the sale of MD it intended to lower its membership fee in the hopes of making it easier for doctors to join the organization.

Yet for Scotiabank, the MD deal carries an expensive price tag. Canadian money managers are typically acquired for somewhere between 1 per cent and 3 per cent of their assets under management (AUM).

By comparison, Jarislowsky Fraser had $40-billion in asset under management and was acquired at a much lower cost.

The difference likely stems from the type of clients each money manager serves. At Jarislowsky Fraser, 77 per cent of the clients were large institutions; at MD, 66 per cent of the core AUM comes from private clients – that is, high net-worth individuals.

Scotiabank didn’t elaborate on the reason for the difference in cost on a brief conference call Thursday afternoon, but the bank may see potential to cross-sell more of its core banking products to these wealthy clients over time.

This latest deal also continues an overhaul of Scotiabank’s wealth-management unit. When Mr. Porter took over as CEO in 2013, the bank’s wealth footprint was heavily weighted to DundeeWealth, which Scotiabank bought in 2011 for $2.3-billion, as well as a 37-per-cent stake in CI Financial Corp. 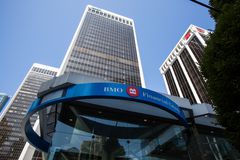 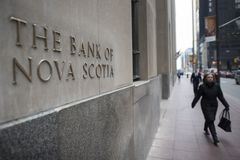 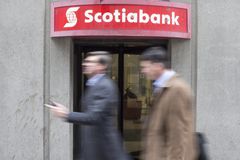