Two of Canada’s largest banks are signalling that they believe the multibillion-dollar buffers they have built to absorb potential losses are enough to cover a second peak of the coronavirus pandemic, marking a potential turning point for the banking sector’s depressed profits.

Bank of Nova Scotia Bank of Nova Scotia and Bank of Montreal Bank of Montreal each reported fiscal fourth-quarter earnings on Tuesday that were higher than analysts had expected, setting a hopeful tone for financial results that are being released by Canada’s large banks this week to wrap up a tumultuous fiscal year. Both Scotiabank and BMO outperformed in large part because they set aside fewer dollars to cover potential loan losses than analysts had anticipated.

The banks granted payment deferrals on tens of billions of dollars of loans during the first wave of COVID-19, and most of them recently expired. So far only 1 per cent to 2 per cent of borrowers in most categories have been unable to resume making payments. That has eased fears about a possible bulge of defaults, even though most of the actual losses stemming from the pandemic – which are booked as banks write off loans that are past due – have yet to materialize and are expected to appear over the next few quarters.

To prepare for a worst-case scenario, major banks have added unparalleled amounts of provisions for credit losses – the funds set aside to cover loans at risk of defaulting – since the pandemic began. That has made it possible to absorb some early losses while also increasing overall reserves. Since COVID-19 started to spread in Canada, Scotiabank has boosted those reserves – known as allowances for credit losses – by 53 per cent to $7.82-billion, while BMO’s allowances are up 63 per cent to $3.3-billion.

New provisions earmarked in the fourth-quarter – $1.1-billion by Scotiabank and $432-million by BMO – were framed as final top-ups before a likely return to more normal levels in the new fiscal year.

“The build in our allowances is done,” said Daniel Moore, chief risk officer for Scotiabank, which faces heightened scrutiny of its loan portfolios because it operates in Latin American countries that have been hit hard by COVID-19. “We’re confident when we look at these numbers in saying that, while it’s been a pretty dramatic credit story in 2020, that story has been written.”

His counterpart at BMO, Pat Cronin, was more cautious in his optimism, as he said there is still “considerable uncertainty” about how quickly economies can recover from the health crisis. Even so, “based on what we see today, we would not expect to add to our provision in the coming quarters,” he said.

For the full 2020 fiscal year, both banks suffered their steepest declines in annual profits since 2008: Scotiabank’s earnings dropped nearly 21 per cent and BMO’s fell by more than 11 per cent. But executives from both banks cited the prospect of vaccines that could soon be approved as a key reason to be optimistic, even as businesses brace for another round of punishing lockdown measures imposed by governments in Canada and the United States.

“The winter is going to bring some difficulty as we live through it with the virus,” said Tom Flynn, BMO’s chief financial officer, in an interview. “But as we move into next year, we do expect that economic activity will build through the year.”

In the three months that ended Oct. 31, Scotiabank earned $1.9-billion, or $1.42 a share, down from $2.31-billion, or $1.73 a share, in the same quarter last year. Adjusted to exclude some items, such as costs from buying and selling businesses, Scotiabank said it earned $1.45 a share. On average, analysts expected adjusted earnings of $1.21 a share, according to Refinitiv.

Over the same period, BMO earned $1.58-billion, or $2.37 a share, compared with $1.19-billion, or $1.78 a share, in the fourth quarter last year, when the bank took a $484-million pretax restructuring charge and trimmed its work force. Adjusted to exclude items such as that earlier charge, BMO said it earned $2.41 a share, well ahead of the consensus estimate of $1.88 a share among analysts.

Both banks kept quarterly dividends unchanged, as the head of Canada’s banking regulator, Jeremy Rudin, suggested he is in no hurry to relax restrictions that have temporarily capped dividend payouts and halted share buybacks.

Both banks continue to feel the impact of the pandemic in their core retail banking divisions. Demand for most types of new loans – aside from mortgages – has been sluggish. Profit in Scotiabank’s Canadian banking division fell 13 per cent to $778-million as loan volumes increased by only 4 per cent, and earnings from its international operations plunged 61 per cent to $333-million.

At BMO, profit from personal and commercial banking fell 9 per cent to $647-million in Canada, and declined 17 per cent to $324-million in the U.S., where loan volumes were flat compared with last year.

Fourth-quarter results were once again bolstered by rising profits from capital markets and wealth management, which have capitalized on volatility in equity and bond markets to perform well through the crisis. And each lender mostly sustained its lending margins despite persistently low interest rates and pressure from surplus deposits that have built up during the crisis.

Looking ahead, executives at both banks see early signs of a rebound. BMO’s U.S. banking head, David Casper, said, “as bad as things are right now,” the bank’s American business customers are once again “thinking ahead” about capital expenditures, building up inventories and making acquisitions.

And Scotiabank CEO Brian Porter said economic growth has started to bounce bank in Mexico, Peru, Chile and Colombia, where the bank’s international operations are concentrated. “There’s lots of torque left in these economies; we’re starting to see it,” he said on a conference call with analysts. “We expect 2021 will be a transition year toward a return to the full earnings power of the bank.”

Here’s where the big banks ‘are better than all the rest’
Subscriber content
November 26, 2020 The Atypical Recession: Here’s what forecasters got wrong about the COVID-19 economy
Subscriber content
November 29, 2020 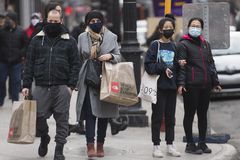 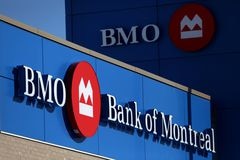