Sears Holding Corporation more than a century ago pioneered the strategy of selling everything to everyone.

But it has long since given up that mantle as a retail innovator. It was overtaken first by big-box retailers like Walmart Inc. and Home Depot Inc., and then, by Amazon.com, Inc. as the go-to shopping destinations for clothing, tools and appliances.

In the last decade, Sears had been run by hedge fund manager Edward S. Lampert who sold off many of the company’s valuable properties and brands, but failed to develop a winning strategy to win back consumers who increasingly shop online.

The result has been a long, painful decline. A decade ago, the company employed 302,000 people. Today, there are less than 89,000 people still working at Sears and Kmart Corporation, which Mr. Lampert also runs.

Now, the retailer is preparing a Chapter 11 bankruptcy filing to cut its debts and keep operating at least through the holidays, according to two people briefed on the matter who spoke on condition of anonymity to discuss the company’s plans.

As part of the reorganization plan, which is expected to be filed Sunday night, Sears will receive a large loan to help keep its shelves stocked and employees paid, these people said. The company is also planning to close as many as 150 additional stores as it tries to reduce costs and find some way forward.

Founded shortly after the Civil War, the original Sears, Roebuck & Company built a catalog business that sold Americans the latest dresses, toys, build-it-yourself houses and even tombstones. In their heyday, the company’s stores, which began to spread across the country in the early 20th century, were showcases for must-have washing machines, snow tires and furniture.

Sears stores remain the centerpiece of hundreds of shopping centres across the United States and their decline has reduced traffic to many of those malls.

The company lost about $7.5-billion over the last five years and shut down more than 1,000 stores over the last decade. Many of the 700 stores that remain have frequent clearance sales, empty shelves and handwritten signs.

Running low on cash, the company has about $174-million debt payment due Monday. Its total debt stood at about $7.3-billion in late September.

Over the weekend, a group of banks were negotiating with Sears over the terms of a new loan, totaling more than $652-million, the people briefed on the matter said.

Reorganizing Sears will not be easy. The company’s e-commerce business has only a tiny fraction of the sales of Amazon, one of the world’s most valuable companies. And bringing back customers to Sears stores will take investment that the company probably cannot afford.

The rise of e-commerce has contributed recently to a record number of store closings and retail bankruptcies including Sports Authority, Inc., Payless ShoeSource Inc. and Toys "R" Us Inc.

Like Sears, Toys "R" Us had tried to reorganize, but the company eventually shut down and laid off all of its employees in June when its lenders concluded that the business was no long viable.

Although Sears lost its competitive edge long ago, its impending bankruptcy represents a significant moment for its industry.

No other large retailer has endured as long or played as important a role in American life as Sears.

The company started out selling watches to railroad agents in 1886 and soon expanded into a vast mail-order business that sold clothing, tools, shoes and, at one point, even cocaine and opium, through catalogs that ran as long as 1,000 pages.

Sears was, in many ways, an early version of Amazon. It used the postal service to reach the most remote parts of a growing nation and stored and shipped products from a three-million-square-foot warehouse in Chicago.

After the Second World War, Sears stores served the needs of the country’s expanding middle class. Families came to have their children’s portraits taken, get their tires rotated and oil changed and to buy Kenmore refrigerators.

“Sears is where you went to shop,” said Barbara E. Kahn, a retail expert and marketing professor at the University of Pennsylvania’s Wharton School. “They sold fundamental products that consumers needed.”

Through the 1960s and 1970s, Sears shared its success with employees at all levels of its corporate hierarchy. Cashiers, janitors and executives alike took part in profit-sharing and received options in the company’s soaring stock.

As many as 100,000 retired Sears employees receive pensions, which are expected to emerge largely unscathed in the bankruptcy. As the company was bleeding cash and selling off assets in recent years, federal regulators required Mr. Lampert to inject cash into the pension plan. Other benefits for retirees like life insurance, however, could be in danger.

“It is sad to see the company you really loved go down the tubes,” said Ron Olbrysh, 77, who worked in Sears’ legal department for 24 years and now heads an association of retired workers.

By the 1990s, Sears was struggling to find its place. Walmart was plopping its super centres across the United States. Home Depot was taking away market share on appliances and power tools, but Sears had valuable brands like Kenmore, DieHard and Land’s End, and stores in prime locations.

Things changed dramatically when Mr. Lampert arrived on the scene.

A hedge fund manager and former Goldman Sachs Group Inc. banker with no experience running a large retail chain, Mr. Lampert took control of Kmart after it came out of bankruptcy in 2003 and then acquired Sears a year later. The company’s board came to be dominated by other wealthy investors, including Steven Mnuchin, the current Treasury secretary who had been Mr. Lampert’s roommate at Yale University.

Mr. Lampert says his strategy was to move the company away from its brick-and-mortar legacy into the digital era.

His plan was to use the money saved from closing stores and sell off assets to reinvest in the business. But the company never gained traction online.

“It keeps going from bad to worse,” Ms. Kahn said.

Sears remains a publicly traded company, but Mr. Lampert exerts an enormous amount of control. Mr. Lampert is the chairman and chief executive, and his hedge fund ESL Investments is the largest shareholder and a major lender.

He orchestrated a series of deals that generated cash for Sears in the near term, but stripped out many of the company’s most valuable assets – often selling them to companies that he also has a stake in.

Sears spun off Land’s End, the preppy clothing brand, into a separate company, which Mr. Lampert’s hedge fund took a large stake in. The market value of Land’s End now dwarfs that of Sears.

In 2015, Sears sold off stores worth $3.5-billion to a real estate company called Seritage Growth Properties. Mr. Lampert is a big investor in that company as well as its chairman. Seritage is converting many of the best locations into luxury offices, restaurants and apartments.

Mr. Lampert is also seeking to buy the Kenmore brand from Sears for $520.7-million.

Even in bankruptcy, Mr. Lampert will have great sway over the company’s fate. His hedge fund owns about 40 per cent of the company’s debt, including about $1.43-billion in loans secured by Sears and Kmart properties. As a result, he could force Sears to sell the stores or transfer them to him to repay that debt.

“Lampert will make out,” said Mr. Olbrysh, the retired Sears worker. “There is no question about that.” 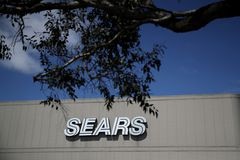 Sears names restructuring expert to board as debt is due Subscriber content
October 9, 2018 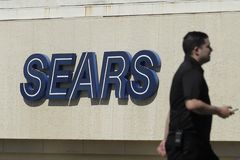 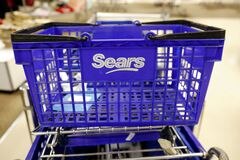