Securities watchdogs in North America are taking a closer look at the practices of short-sellers amid pressure from the business, legal and investment communities for a response to a series of high-profile attacks against public companies.

The U.S. Securities and Exchange Commission has been meeting with companies that allege they have been victimized by abusive short-selling, say sources familiar with the meetings who spoke to The Globe and Mail. During those meetings with the asset management unit of the SEC’s enforcement division, legal sources said, company executives and their lawyers have argued that shares of their companies were pushed lower by campaigns in which false and damaging information was disseminated by people with a financial incentive to see their stocks fall.

“I can tell you that the SEC is taking the issue more seriously,” said Joshua Mitts, a professor at Columbia Law School who is advising several companies that have met with the U.S. regulator about the issue. “It’s taken them a while to ramp up, but I wouldn’t be surprised if we saw more enforcement cases related to short-and-distort.”

In Canada, the Ontario Securities Commission is engaged in dialogue with “several knowledgeable parties to discuss allegations of abusive short-selling,” spokeswoman Carolyn Shaw-Rimmington said. The Canadian Securities Administrators, the umbrella organization that represents the 13 provincial and territorial market regulators, is in the early stages of its own review into “the nature and extent of abusive short-selling in Canadian capital markets,” according to CSA spokeswoman Ilana Kelemen.

Short-selling occurs when an investor borrows shares and then sells them with the goal of buying them back at a cheaper price and pocketing the difference. Publishing research that alleges fraud, accounting malfeasance or other wrongdoing is one way short-sellers try to induce other investors to sell, driving the price down. This practice is not illegal.

Abusive short-selling, however, involves deliberately spreading false or misleading claims about a company or engaging in manipulative trading strategies to spark a sell-off that could end up costing companies and their investors millions. This is not permissible. In Ontario, for example, securities law prohibits people or companies from making a market-moving statement that they know to be misleading or untrue.

Activist short-selling has become more prominent in recent years as social media have provided a platform that allows activists to self-publish and widely share their criticisms of publicly traded companies. This tactic has proven effective in triggering share declines, a development that often garners attention from the mainstream media, further widening the short-sellers' potential audience.

The regulatory scrutiny on short-sellers has emerged after a number of high-profile activist campaigns against Canadian companies, including cannabis grower Aphria Inc., insurer Manulife Financial Corp., excavation company Badger Daylighting Ltd., lender Callidus Capital Corp. and online retailing startup Shopify Inc. In 2018, 22 activist short-selling campaigns were launched in Canada, up from nine in 2017, according to data compiled by Activist Insight.

“There seems to be an emerging pattern of companies being made subject to a ‘short-and-distort’ strategy,” warned Jon Levin, a partner at Fasken Martineau DuMoulin LLP, in a letter to the OSC last February. He joins a growing chorus of voices in the legal community advocating for remedies ranging from legislative reform to amendments to the regulator’s whistle-blower program, which he wrote is “open to abuse.” Fasken has acted as a corporate lawyer for Callidus, though Mr. Levin emphasized in his letter that he was not writing on behalf of any client.

Similarly, critics in the United States have been urging the SEC to address abusive short-selling. Last June, the U.S. Chamber of Commerce told the Senate Banking, Housing and Urban Affairs Committee that it has “serious concerns regarding short and distort schemes” and urged lawmakers and the SEC to address the growing problem as part of its assessment of whether to modify its short-sale disclosure regime. In late 2015, the New York Stock Exchange and Nasdaq pressed for changes to the disclosure rules to force short-sellers to reveal their positions in the same way that institutions must reveal their long positions.

To that end, the U.S. regulator is collecting information to determine where there are similar patterns of behaviour and common players involved in the attacks, according to a U.S. lawyer for a firm that has met with SEC enforcement staff. The lawyer, who was granted anonymity because details of discussions with regulators are private, said the SEC first aims to ensure – with tough questioning that in some cases has lasted several days – that the company is not trying to deflect allegations of fraud within its own ranks.

“The SEC, certainly, would be looking for patterns, overlapping participants and other threads that can tie together manipulative activity,” said Jacob Frenkel, a Washington-based lawyer at Dickinson Wright LLP, who worked at the SEC for nearly 10 years investigating cases of stock manipulation.

Marlon Paz, a partner at Washington-based law firm Seward & Kissel LLP, predicts the Lemelson case could be “the tip of the iceberg.”

“I think there’s a lot more coming and I think that this [short-and-distort] is going to be a priority area for the SEC,” added Mr. Paz, who is also a law professor at Georgetown University and worked at the SEC for seven years in senior roles.

Andrew Left, who runs Citron Research, an activist short-seller who has been involved in a number of campaigns targeting companies such as Valeant Pharmaceuticals International Inc. (now Bausch Health Companies Inc.) and Shopify, says he and other activist short-sellers are providing a service to the marketplace.

“If I think a stock is going to go lower and I put out the reasons why, your company can’t just go call the SEC and say ‘Go get him,’ as long as my reasons are real,” he said. “Now, if I start Photoshopping pictures or lying, then it’s a problem.”

Mr. Paz concurs, but only to a point. “Putting research out about bad practices isn’t bad; it’s good,” Mr. Paz said. “It’s shorting and using or creating misinformation that’s bad – and it’s a real problem. I expect to see a lot more cases because the people doing it have become more brazen.”

Mr. Frenkel said even reports that contain only a few inaccuracies could be subject to enforcement action. “[Inaccurate] material information that is designed to drive down the price of a stock, even if mixed with accurate information, easily can constitute a civil and criminal offence in the United States,” he added.

But connecting the dots is a challenge for regulators. Investors who are shorting a targeted stock are not always the same people as the ones who have authored and promoted a negative report. And it is difficult to prove whether people are acting in concert to push down a stock price. Ultimately, regulators have a high threshold to prove intent.

“Cases involving allegations against short sellers are inherently complex, as this entails discerning between legitimate strategies and those intended to manipulate the market, and proving the latter with hard facts,” said the OSC’s Ms. Shaw-Rimmington.

“It is very difficult to evaluate this, especially in real time because it often takes a while to see if and in what way the information was wrong and even if it was wrong, whether it was with a fraudulent or unsavory intent," said Larry Ritchie, a former vice-chair of the OSC and partner at law firm Osler in Toronto.

Mr. Ritchie said that these are among the major reasons why enforcement actions targeting short-and-distort campaigns have so far been rare.

In the past few years in Canada, there have been at least two cases brought against activist short-sellers by staff at securities regulators in British Columbia and Alberta – and both were unsuccessful.

Companies are taking matters into their own hands by filing defamation lawsuits in civil court against their alleged attackers. For example, Nathan Anderson, chief executive of research outfit ClaritySpring Inc., is named in lawsuits filed by three different companies that allege he conspired with other short-sellers to spread falsehoods and profit from the ensuing sell-off. Those allegations have not been proven in court.

He declined to comment about the lawsuits, repeating a comment he made previously to The Globe, in which he said he stands by his work.

The focus for securities regulators, Prof. Mitts said, should be on building cases against abusive short-sellers for their trading activity – not necessarily for spreading misinformation. After reviewing the trading data of many companies hit by anonymous activist short-sellers, he found suspicious trading activity before and after some of the research was published. He alleges that traders aimed to “mechanically crash the price” of targeted shares by placing hundreds of thousands of sell orders and quickly cancelling them in an effort to “create an illusion of negative sentiment of downward pressure on the price.”

“It’s such a clear pattern of using manipulative trading to crash the price and it’s in black and white,” said Prof. Mitts, who has published a paper on this topic and says he has presented the findings of his analysis to SEC staff. “We need the securities regulators to step up and hold [the short-sellers] accountable for their trading behaviour.”

There are two ways dividend lovers can play Canadian Tire - and both are on sale right now
Subscriber content
January 29, 2019 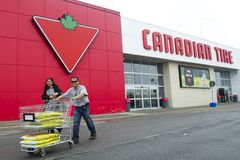 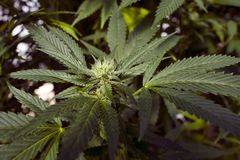