Montreal gold miner Semafo Inc. is coming under criticism for ineffective security measures in Burkina Faso after one of the worst terrorist attacks on employees of a Canadian company.

“We have concerns about just how safe” the situation was for Semafo’s workers and business partners, said Odette Napina, project leader at Organisation pour le Renforcement des Capacités de Développement, an independent group that monitors the social and economic impact of the mining industry in Burkina Faso.

Assailants ambushed a convoy of five buses carrying Semafo employees, contractors and suppliers under military escort last Wednesday in one of the deadliest insurgent attacks in the West African country in recent years. No one has claimed responsibility for the incident.

The company on Monday finally provided a clearer picture of the human toll from the raid.

A total of 241 people were attacked and current estimates peg the number of people dead at 39, Semafo said in a statement. Another 60 are injured, 141 people are accounted for but unharmed and one person remains missing, the company said.

“Myself and most of our senior management team are in-country ensuring all those affected are getting the support they require,” Semafo chief executive Benoit Desormeaux said in the statement. “Our priority continues to be their safety, security and well being.”

In addition to the impact on people, the “unprecedented scale and nature of the attack” has made basic administration and logistics for the company very difficult, Semafo said. The company said operations at the Boungou mine will remain suspended while it tries to analyze how it will be able to operate in a safe manner in the country.

Semafo shares plunged nearly 17 per cent Monday on the Toronto Stock Exchange, closing at $2.63. The company has lost roughly one third of its market capitalization since the Nov. 6 attack.

The mining company faces crucial questions in the days ahead, chiefly how much is it willing to spend to increase security beyond what it has already done? And can the government of Burkina Faso, which owns 10 per cent of the Boungou project, do any more?

After two separate attacks in August, 2018, Semafo announced new security protocols to ensure the safety of its staff. It said all expatriate employees travelling between Burkina Faso’s capital of Ouagadougou and the Boungou mine would henceforth be transported by helicopter. It also said a ground military force had been deployed on the route.

“These measures, combined with a heightened escort presence, will ensure transportation of national employees to and from the mine to their villages,” Semafo said at the time.

The risk of travel on the road appears to have been underestimated. Local media reports, citing security sources, said the military vehicle leading the convoy last week was struck by an improvised explosive device. After the explosion, gunmen opened fire, targeting not only the military escort but also people in the buses, the reports said.

The attack occurred on a dirt road about 40 kilometres from Semafo’s Boungou mine site in Burkina Faso’s Est region. That section of road lies in a forested area that extends more than 50 kilometres and has no phone service, Ms. Napina said. There had been at least two previous attacks on the same road, including one last December in which four police officers and another person were killed.

“I think Semafo was aware” of the risk, Ms. Napina said via e-mail. “Why, despite the danger, were these buses put in a convoy with weak security? I’m telling myself it was for reasons of economy. An escort costs money and they were looking to minimize costs.”

Ryan Cummings, director of the Africa-focused political and security risk management consultancy Signal Risk, said the decision by Semafo last year to begin transporting its expatriate workers by helicopters was a sign that the company was aware of the threat to its bus convoys.

“Using a military convoy to transport the local staffers placed these personnel under a disproportionate threat of being targeted by extremists who perceive military personnel as their primary target,” Mr. Cummings told The Globe and Mail on Monday. “This is not the first time that mining personnel have been targeted by armed violence while commuting to and from mining facilities in the region.”

A Canadian delegation, including Ambassador Carol McQueen and Mr. Desormeaux, met with Burkina Faso Prime Minister Christophe Dabiré on Monday to express their condolences to the people of that country. Relatives of those who were killed and those who survived expressed anger over the weekend at what they said was a lack of support from Semafo.

The mining firm has declined to answer questions submitted by The Globe and Mail, including why it believed it could safeguard its road convoys despite evidence to the contrary. “Please give us time to grieve,” Ruth Hanna, Semafo’s investor relations analyst, responded when contacted Friday.

“We’re very careful in what we say,” Semafo chairman John LeBoutillier said in a brief exchange Monday. “We don’t have all the information. This isn’t like we’re in Sept-Iles or Abitibi … We’re proceeding with the utmost prudence.”

Burkina Faso has been plunged into crisis by an escalating wave of attacks that have killed more than 500 people and displaced nearly 500,000 since 2016. Dozens of attacks have occurred on industrial targets, including mining operations.

A homegrown insurgency has spread over parts of the country, amplified by violence perpetrated by Islamist militants crossing porous borders from neighbouring Mali and Niger. Nearly a third of the country has become too dangerous for aid workers to enter because of frequent fighting and attacks.

France last week announced the launch of a new military operation in Burkina Faso, to be undertaken jointly with local soldiers in the border zone between Burkina Faso, Mali and Niger. It wasn’t immediately clear whether France was offering additional troops or if its existing troops already present in Western Africa would be moved.

“If the situation continues, it will be very hard for us,” Benjamin Compaore, a relative of an injured miner, told the Al Jazeera network. “We really live in fear."

Semafo will not reopen Boungou mine in Burkina Faso until security is clear
Subscriber content
November 11, 2019 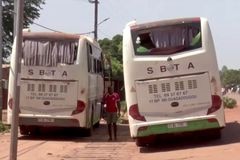 Many still missing after deadly attack near Canadian-run Semafo mine in Burkina Faso
Subscriber content
November 7, 2019 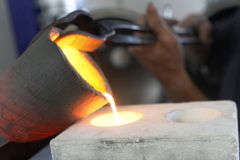