Senators have thrown a wrench in the government’s environmental agenda as a committee failed to pass legislation on a long-promised ban on oil tanker traffic off B.C.’s northern coast.

Transport Minister Marc Garneau on Thursday urged the full Senate to proceed with a final debate on the bill, despite the transport committee ending up in a deadlock late Wednesday in which it could neither amend the bill nor defeat it.

Mr. Garneau said the legislation – Bill C-48 – is the “fulfillment of an election promise we made to Canadians to protect the coastline of the Great Bear Rainforest from the risk of a major oil spill.” It would essentially rule out oil pipeline projects through northern British Columbia by prohibiting tankers from picking up and delivering large quantities of crude at ports in the region.

But it attached nearly 200 amendments, including many put forward by Conservative senators that were first proposed by oil industry lobby groups. The full Senate must debate that bill – and can accept or reject amendments – before sending it back to the House of Commons.

On both bills, Liberal ministers have said they are prepared to accept amendments that improve the legislation and are consistent with the government’s intentions.

In a speech in Toronto on Thursday, Conservative Party Leader Andrew Scheer vowed to repeal Bill C-69 if it became law, and end tanker bans off British Columbia.

And he proposed to establish a “dedicated right of way” from coast to coast for energy infrastructure such as pipelines and transmission lines to reduce the cost of environmental assessments and increase certainty.

Natural Resources Minister Amarjeet Sohi said Canada needs an improved and rigorous process to review all major projects rather than a policy of preapproving pipeline routes.

The outcome of the tanker-ban vote on Wednesday creates an unprecedented situation in which a Senate committee failed to report on a government bill, threatening the defeat of legislation passed by the House of Commons. Since the Liberal government came into office in late 2015, the Senate – which is now dominated by independents – has not defeated a government bill.

Conservative Senator David Tkachuk said the committee will issue a report in the coming weeks to the Senate on why it could not dispatch the bill and that it will be up to the Senate as a whole whether to defeat it or proceed to a final reading, with possible amendments.

However, the Senate is running out of time to deal with the legislation and return it to the Commons for passage. Parliament is due to rise at the end of June and any legislation not dealt with would die if it is not passed before the election is called next fall.

Paula Simons, an independent senator from Edmonton – sided with the Conservatives on the committee in refusing to pass an unamended tanker-ban bill. She said the legislation singled out one commodity from one province in a punitive measure, and came at a time when the industry and those working in its are suffering due to lack of export capacity.

“It is a big middle finger to the province of Alberta,” Ms. Simons said. “It was a provocation at a time when it was not a good time for the people of Alberta to be provoked.”

Even without a tanker ban, Ottawa can block any proposed pipeline through northern British Columbia and resulting tanker traffic under the environmental impact assessment process, the senator said. There is currently no firm proposal for a pipeline through northern B.C., though an Indigenous-led group has floated a proposal called Eagle Spirit that would ship crude from Edmonton to Prince Rupert.

Alberta Premier Jason Kenney applauded the committee’s action in stalling the legislation and wants the Senate to defeat the bill.

"We believe the senators have been listening to the voices of not only Albertans but people across the country, who realize there is no reason for this bill,“ said Mr. Kenney, who testified before the Senate committee after taking office.

Environmental groups have said the tanker ban is needed to protect the rich habitat of the coastal waters. 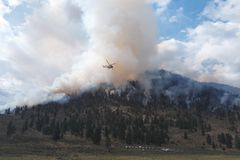 ‘Out of control’ wildfire burns more than two square kilometres of woodland in southern B.C.
May 14, 2019
Ships must keep 400-metre distance as part of new rules to protect killer whales
May 13, 2019 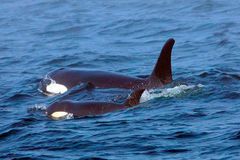