The federal government is giving $50-million in total to seven Canadian “alternative” venture-capital firms to back domestic technology startups, favouring established small-scale financiers and entrepreneurs with an investing track record over unproven investors.

Each of the seven winning VC firms will receive anywhere from $5-million to $15-million, government officials said.

Another winner is Vancouver-based Pique Ventures, led by founder Bonnie Foley-Wong. She is raising her second fund aimed at backing digital enterprises with a goal of improving the planet after drawing most of her backing from female investors. Brightspark Ventures also made the list. Led by veteran entrepreneurs-turned-investors Mark Skapinker and Sophie Forest, Brightspark offers a new model of à-la-carte VC investing that draws individuals to fund startups one deal at a time.

VCCI is a sequel to a similarly sized initiative launched in 2012 by the previous Conservative government. That program aimed to boost a moribund VC sector that had produced poor returns in the previous decade and was hit by the credit crisis as many Canadian institutional investors retreated from the sector. The federal capital injection, leveraged by a further $1-billion in outside capital, was well-timed. Canada’s tech sector has flourished this decade with the emergence of successful software firms and new VC funds founded by entrepreneurs. VC investments into Canadian startups in 2017 hit the highest level since the dot-com boom, and domestic VC returns have improved.

Innovation Minister Navdeep Bains supported renewing the program after heavy industry lobbying, but his government made some changes including requiring that all applicants commit to improving the tech sector’s gender imbalance: Just 14 per cent of senior investment managers at Canadian VC firms are women, according to a recent survey. The government has launched several initiatives to help female entrepreneurs, including a $200-million venture fund to finance female-led tech firms. The government has also launched two women’s entrepreneurship funds that will provide a combined $105-million to help women-led businesses and are taking applications this month.

VCCI was split into two chunks: In June, Ottawa announced five “funds of funds” that would share $350-million to back VC firms. They must raise $2.25 for every federal dollar received.

The other $50-million was earmarked for funds the government labelled as “alternative” funding groups in its call for proposals last year. Those included emerging funds or those deemed to be of little interest to traditional funds of funds; those that financed underserved sectors or pursued new investing models; or focused on regions with little VC presence. All had to commit to improving the VC gender imbalance, and five of the seven winners have at least one female general partner. The seven winning funds must raise $1 for every $1 from Ottawa and invest 60 per cent domestically.

The winners, drawn from more than 50 applicants, share something else in common: none came to Ottawa cap in hand saying they needed taxpayer help to survive. All have managed funds before, and most are in the process of raising their next funds or say they would have little difficulty reaching their targets without VCCI.

That includes Waterloo’s Mike McCauley, who founded Garage with two fellow local entrepreneurs in 2013 and has backed some of the region’s best-known startups, including Clearpath Robotics with his first US$7-million fund. Now, he hopes to top US$15-million for his second fund. A prosperous Waterloo-based VC firm “is a really important ingredient in a successful ecosystem,” he said. “If [government] capital went to funds that are not as successful, perhaps the initiative would fall flat on its face.”

Backing established investors, government officials said, was critical for the five-person selection committee drawn from industry. “We want more of what they’re doing,” Ms. Ng said. “This is about getting the high returns that we know” recipients have generated before.

Ottawa “needs to back teams that are successful, not those with low success,” Ms. Forest said. “To build a VC industry that delivers great returns, it’s the only way to go.” Asked why Ottawa should back successful funds at all, she said it would allow Brightspark Ventures to accelerate its national expansion plans. 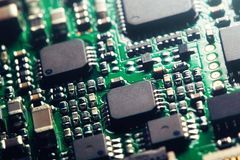