Shareholder pressure to improve environmental, social and governance (ESG) performance shows no sign of letting up, especially with votes pushing for better corporate strategies on climate-change issues, according to a prominent proxy adviser.

A review by Morrow Sodali shows that investors launched 113 ESG-related shareholder proposals at public companies between January and August of this year. Of those, 62 related to social issues, 27 concerned environmental measures and the rest involved governance. It all shows the growing importance that boards and managers must place on ESG, even in the face of a troublesome economic environment, said Dexter John, chief executive officer of Morrow Sodali’s Canadian office.

On the environmental front, say-on-climate votes will become more common in Canada over the next three to five years, Mr. John said. Modelled after say-on-pay resolutions that give shareholders a chance to pass non-binding resolutions concerning executive pay, say-on-climate offers investors a voice at annual meetings over climate and energy-transition plans. Canadian National Railway and Canadian Pacific Railway have put such votes before shareholders in the past two years.

“We already have two large Canadian issuers that have done it, so the pressure will be on for others to follow, and next you’ll start seeing the TSX60 companies all doing this,” Mr. John, a Bay Street veteran experienced in proxy contests, said in an interview. “It will just have a trickle-down effect at some point.”

There’s certainly investor pressure on large Canadian emitters to get their climate houses in order as those risks come to the fore. This year a large coalition of institutions formed Climate Engagement Canada, which is aimed at using their clout as shareholders to get 40 companies in such industries as energy, utilities, mining, transportation and consumer goods to improve climate-related disclosure and align their advocacy with the goals of the Paris Agreement. That effort is modelled on the Climate Action 100+, a global initiative that targets just a handful of Canadian companies.

Such campaigns highlight the need for companies to be upfront about their policies with investors and the general public, Mr. John said. Sometimes, there are reasons for opposing shareholder proposals, such as high costs of immediate implementation or disagreements on how to achieve goals such as net-zero emissions. But, as a proxy adviser, he urges clients to avoid paying lip-service to sustainability, as a company risks being accused of greenwashing. “We advise them, look if you can’t do it, then say you can’t do it. Don’t try to lie about it,” he said. “But ultimately, most of our larger clients in particular, they get it and they’re preparing for it.”

Morrow Sodali’s review of the Canadian proxy season points out that an increasing number of institutional investors are floating shareholder proposals that address environmental and social issues. Many call on companies to improve the quality of their sustainability-related data and report it in ways that reduce risks tied to climate change and other issues.

It points out investors are amplifying that need as weather-related damage gets more severe, and regulators are responding by imposing more stringent standards. Companies that lag in the shift to a lower-carbon economy will be faced with rising costs of capital to account for such risks, the report said.

In the social category, 31 per cent of the proposals involved calls for Quebec-based companies by Mouvement d’éducation et de défense des shareholders, known as Médac, to enshrine French as official corporate language. Eleven per cent of social proposals concerned transforming corporations into what are known as benefit companies, which prioritize social or environmental results alongside profit.

Over the past year, ESG has become the target of a political backlash, especially in the United States, where some politicians in Republican-controlled states have sought to prevent institutions from using sustainability measures in investment decisions, in efforts to protect the fossil fuel industry. Mr. John said he has seen little evidence of that spilling across the border. “I think here in Canada we realize what’s happening in the world and everyone realizes that they have a role to play, and then they figure out how to how to fix it.” 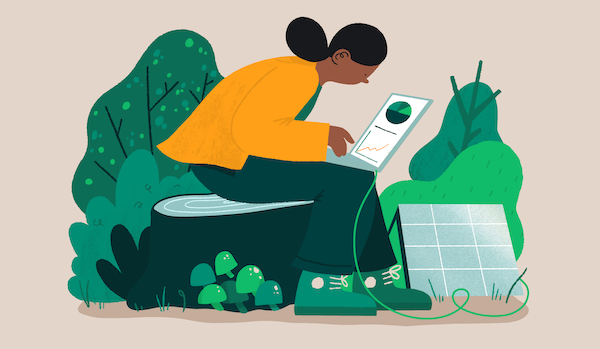