Aurinia Pharmaceuticals Inc. shares surged on Monday after the Victoria-based drug developer announced it had been approved by the U.S. Food and Drug Administration to sell its drug for a severe form of lupus.

The stock opened at US$20.50 on the Nasdaq, up 38 per cent, after Aurinia said late Friday its drug Lupkynis, formerly known as voclosporin, had been approved for use in the United States in combination with immunosuppressive therapies to treat adults with lupus nephritis (LN), a variant of lupus that occurs when the immune system attacks the kidneys, often causing kidney failure and death. Until recently there was no FDA-approved treatment.

The shares eased back to close at US$18.73, up 26 per cent. That gave Aurinia a market capitalization of about US$2.38-billion, making it one of Canada’s three most valuable publicly traded biotechnology companies.

Ed Arce, an analyst at U.S. investment bank H.C. Wainwright, increased his one-year price target on Aurinia stock to US$35 from US$28 on the news, while David Martin of Bloom Burton in Toronto moved to a US$23 target from US$21.

Chief executive officer Peter Greenleaf said on a call with investors early Monday the company was “locked and loaded” to start selling the drug and had already received prescriptions that morning. The company believes the market for Lupkynis is between 80,000 and 100,000 patients, but Mr. Greenleaf said the company needed a few months to determine a more precise estimate of its market size and revenue forecasts. The drug, taken orally in capsule form, is expected to generate an average net revenue to the company of US$65,000 a patient per year and could eventually reach US$1-billion in annual sales, chief commercial officer Max Colao said.

The approval is a rare win for the Canadian drug development sector. Few have received FDA approval for a drug of its potential, and fewer still have attempted to take the drug to market themselves, rather than selling out or partnering with a big pharmaceutical company to handle marketing and sales. While Aurinia has struck a deal with Japan’s Otsuka Pharmaceutical Co. Ltd., to commercialize voclosporin in Japan, Britain and seven other European countries, Aurinia plans to sell the drug itself in the lucrative U.S. market.

Aurinia’s 357-patient study in December, 2019, found those who took voclosporin were nearly twice as likely as those on a placebo to show improved kidney health, prompting it to file for an expedited review by the FDA. The company then spent the next year gearing up to get its drug to market within days of the FDA’s approval, raising nearly US$400-million from investors and receiving an initial US$50-million payment from Otsuka, with more to come as the drug advances to market in Otsuka’s territories. Aurinia also expanded its ranks to 300 people, hiring sales and support staff to educate doctors and advocacy groups, ensure patient access and work on helping patients seek out reimbursement from public and private insurers.

Lupus mainly affects women of childbearing age and of African, Latin American and Asian descent. Treatment has typically involved a mix of steroids and cancer drugs; side effects include loss of hair, vision and mobility, thinning of bone marrow, lethargy, nausea, anemia and depression. The drug’s high cost could affect user numbers. Aurinia has launched a support program to help patients navigate insurance and medication costs.

The company has competition. GlaxoSmithKline PLC’s Benlysta – an intravenously administered treatment for lupus – got FDA approval last month for use against LN. Roche Holding AG is also developing a LN drug. 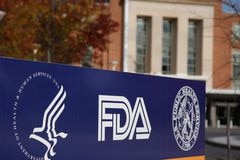 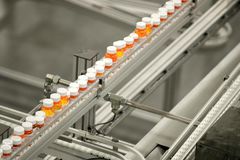