Shaw Communications Inc. and Quebecor Inc. have joined other large internet providers in a chorus of complaints over a new CRTC policy reducing the wholesale rates they can charge smaller competitors.

By Wednesday, most of Canada’s large cable and telephone operators had issued statements criticizing a decision last week by the Canadian Radio-television and Telecommunications Commission, with the companies saying they are re-evaluating capital-spending programs and, in some cases, considering cutting investments to improve connectivity for rural residents.

The CRTC requires large internet-service providers (ISPs) to sell access to their networks to smaller players, which then sell service to their own retail clients. Last week’s ruling lowered the prices competitors must pay to use the incumbents’ networks, and also ordered most of the large providers to make repayments to their smaller counterparts retroactive to 2016.

The system is meant to increase consumer choice, but third-party providers have argued that high wholesale costs have made it difficult for them to offer customers an alternative while still turning a profit. One third-party operator, TekSavvy, said last week that the ruling “sets realistic final rates that will allow wholesale-based providers to effectively compete.”

Collectively, Shaw, Quebecor, BCE Inc., Rogers Communications Inc. and Cogeco Communications Inc. have said they expect to incur $325-million in retroactive payments, and described the decision variously as “unexpected," “disappointing" and “short-sighted.” Several statements pointed to a recent Competition Bureau report that said the wholesale regime is working well but requires regulators to strike the right balance on costs to ensure network owners still profit. Atlantic Canada cable provider Eastlink has not put a dollar figure on its costs but also complained about the ruling, calling it “incomprehensible.”

Such open critiques are unusual for the highly-regulated industry, which has been careful to avoid public confrontation with federal authorities after a series of clashes five years ago over the rules of an airwaves auction and the possible entry of U.S. giant Verizon Communications Inc. into Canada.

But some pressure has been building in recent months as the federal department of Innovation, Science and Economic Development has made clear that it wants to see lower prices and more choice for internet and wireless customers, an issue that could become a talking point in the lead up to October’s federal election.

“It feels a bit like an industrywide temper tantrum because [the large companies are] used to getting their way,” said Laura Tribe, executive director of OpenMedia, which joined other public interest groups in criticizing the large telecoms for their reaction to the ruling, and some companies’ suggestions that they will cut rural investment. “It’s disappointing to see these companies using rural Canadians as a positioning tactic and holding their connectivity hostage.”

TD Securities financial analyst Vince Valentini said in a report on Tuesday that the ruling “sets a bad precedent for investors regarding future regulatory policy,” pointing to a CRTC hearing planned for 2020 that could impose a wholesale regime on the wireless industry as well.

“We believe it will be very detrimental to Canadians in the future if broadband network investment … gets stunted by the regulatory regime,” he said.

“This decision will impact our business in significant ways,” Eastlink executive vice-chair Lee Bragg said in an e-mailed statement on Wednesday.

“This decision is incomprehensible when our governments have been actively promoting the importance of ensuring all Canadians, including those in rural areas, are connected,” Mr. Bragg said, adding that Eastlink is reviewing its expansion plans “as well as our ability to continue to service certain existing rural areas.”

That comes after BCE said on Monday that it will scale back plans to offer fixed-wireless internet service to 1.2 million rural households (fixed-wireless service uses communications towers to send internet signals over wireless airwaves in hard-to-reach areas). BCE said the ruling will cost more than $100-million in retroactive payments and that it is cutting 200,000 households from its plan.

“An unexpected $100-million regulatory hit means having to cut back. Keep in mind we’re still bringing high-speed internet to a million new rural locations, a massive infrastructure project that is fully funded by Bell,” spokesman Marc Choma said on Wednesday. The company said its cuts do not apply to projects for which it has government funding.

Rogers, which said it will incur $140-million in one-time repayments, was less specific but also said it is re-evaluating investments in rural broadband.

Shaw said the decision will cost it $10-million, Quebecor said it will spend about $50-million and Cogeco estimated the cost at $25-million. All three said they are reconsidering investments, though they did not mention cuts to rural areas. Telus Corp., the major telephone operator in Western Canada, did not comment.

Minister of Innovation Navdeep Bains supported the decision in a statement earlier this week, saying he was “deeply disappointed" with BCE’s announcement, but that he believes his government’s policies will encourage new competitors to invest. Mr. Bains’s office would not comment on the broader industry reaction on Wednesday.

The large providers have not commented specifically on potential next steps. They have 30 days from the date of the ruling to seek leave to appeal to the Federal Court of Appeal and 90 days to launch an appeal to the federal cabinet or to ask the CRTC itself to review its own decision.

The CRTC declined to comment on Wednesday on the industry’s reaction. Its recent decision does not apply to rates for third-party access to higher-speed “fibre-to-the-home” service. The regulator is still finalizing those rates.

Editor’s note: This story has been updated to correct Lee Bragg's title. He is executive vice-chair of Eastlink, not chief executive officer. 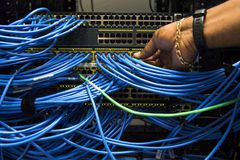