Shaw Communications Inc. is asking the Canadian Radio-television and Telecommunications Commission to exempt it from having to offer its newly launched gigabit-speed internet service at regulated rates to resellers.

The CRTC requires larger telecom companies to sell wholesale access to internet service providers (ISPs) such as TekSavvy Solutions Inc. and Distributel, who then sell internet services to their own customers. The system is intended to encourage competition in the market.

On Wednesday, Shaw began offering internet service featuring gigabit-speed downloads to 99 per cent of its residential customers in Western Canada – not only in urban areas but in small communities, as well. That same day, the company filed a submission to the CRTC, asking to be exempted from a requirement to sell the new high-speed service to resellers at regulated rates until the industry watchdog finishes reviewing its process for setting those rates.

In its submission, Shaw argues that its competitors – phone companies such as Telus Corp. and BCE Inc.'s Bell MTS – are not subject to the same requirements as cable companies, which creates a “regulatory asymmetry" in the industry.

Unless the regulator takes action, Shaw’s competitive position in the residential broadband market will be “irreparably harmed,” which will have long-term effects on affordability for consumers, the company argues.

“Critically, this asymmetry is occurring in the context of Western Canada’s intensely competitive market for residential broadband services, in which Shaw and the [incumbent phone companies] are engaged in highly rivalrous competition to gain market share in the offering of next-generation speeds," Shaw states in its submission.

The company says it is willing to sell the gigabit-speed service to resellers at “mutually beneficial rates" if there is demand. But it would be “patently inequitable” to force Shaw to offer the service at mandated rates when the same requirements do not apply to phone companies using fibre-optic cables, the company states.

Matt Stein, who is chief executive of Distributel Communications Ltd. and chairman of the Canadian Network Operators Consortium, an industry group for independent ISPs, said Shaw’s request constitutes an attempt to stifle competition.

“This is their newest argument about why they should not be forced to allow competitive ISPs access to their networks,” Mr. Stein said in an e-mail.

The CRTC declined to grant Shaw interim relief while it considers the company’s application, noting in a letter that the requirement to make the new speed available to resellers at mandated rates “continues to apply.”

Chethan Lakshman, vice-president of external affairs at Shaw Communications, said the company’s ability to serve its customers relies on a regulatory framework that encourages competition and investment in networks.

“This is a very targeted application that will increase customer choice and provide Shaw with the ability to negotiate wholesale access to 1 gig – something our telco competitors can already do with their 1-gig offers,” Mr. Lakshman said in an e-mail. 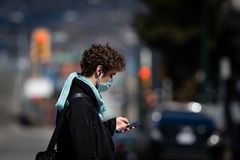 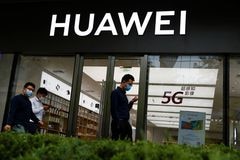