Royal Dutch Shell will cut up to 9,000 jobs by 2022, reducing its global work force by around 10 per cent as it pivots from oil and gas to lower-carbon fuels.

The hit to Shell’s Canadian operations remains unclear, but chief executive Ben van Beurden said on Wednesday the company must become simpler, more streamlined and more competitive as it moves into the power and renewables sectors, where margins are relatively low.

Shell employs around 83,000 people globally. About 3,500 of those are in Canada, where the company’s operations span the country from the Groundbirch gas processing project in northeast British Columbia, to the Athabasca oil sands and light oil operations in Alberta and the Brockville lubricants plant in Ontario.

It also runs two refineries. Its Corunna refinery in Ontario near Sarnia, Ont., has 350 employees and processes around 75,000 barrels of crude each day, while its Scotford complex just outside Edmonton – which consists of a bitumen upgrader, oil refinery, chemicals plant and a carbon capture and storage facility – employs around 1,300 people.

The overhaul at Shell comes after a broad review aimed at finding savings as it prepares to restructure its operations and shift to low-carbon energy. Mr. van Beurden said the job cuts will save Shell between $2-billion and $2.5-billion each year.

The company also set a target to have net-zero emissions across all of its facilities by 2050 – a goal that will require dramatic changes, including overhauls at its refineries, chemicals sites, and on-shore and offshore production facilities.

"But it also means that we have to change the type of products that we sell,” Mr. van Beurden said in an internal interview, published on Shell’s website.

“You cannot do that by just having different products which still produce emissions. We will have some oil and gas in the mix of energy we sell by 2050, but it will be predominantly low-carbon electricity, low-carbon biofuels, it will be hydrogen."

Mr. van Beurden said the upstream sector – which deals with exploration and production – will play a critical role as the company shifts to low-carbon products. However, investments will focus more on economics.

“It will not be about how many barrels of oil, or cubic feet of gas, upstream produces, but how much it adds to the bottom line,” he said.

Shell will also ditch most of its refineries, making that side of its business “smaller but smarter.”

It plans to keep only refineries in key locations that it deems flexible and “strategically essential,” ending up with fewer than 10 on its books (down from 55 in 2015) by the time the overhaul is complete. Shell will then integrate those sites into its chemicals business, which it plans to expand.

If the company decides to dive deeper into biofuels, Mr. van Beurden said, it will build the relevant refining capabilities into existing infrastructure.

Shell rival BP this year announced plans to cut around 10,000 jobs as part of CEO Bernard Looney’s plan to rapidly expand its renewables business and reduce oil and gas production. Competition is likely to intensify with utilities and rival oil firms including BP and Total all battling for market share as economies around the world go green.

Shell already has several plays in the clean energy space with solar farms, offshore wind projects and biofuel operations, but its net-zero goals come with a pledge to “be better at making decarbonisation a reality in society.”

For example, there has been a global focus on production of clean hydrogen, a fuel source undergoing a renaissance as more countries target net-zero emissions.

A hydrogen industry cannot happen just by building the infrastructure and seeing what happens next, Mr. van Beurden said.

“It is going to be by working with decision makers and policy makers so we can find ways forward,” he said.

“We cannot just be quiet. If we stay quiet we risk ending up saying: ‘Well, I am sorry, it didn’t happen because we failed to speak up.’ We have to be pro-active and help things happen.”

Asked about the planned job cuts and change of direction for Shell Wednesday, Alberta Premier Jason Kenney said he can’t tell large global companies how to run their operations.

He also ruled out establishing a zero-emissions goal for Alberta, saying people are “cynical about empty political promises on emissions.”

He said his United Conservative government is instead focused on “deliverable, measurable results” such as clean technology projects funded through the province’s carbon tax on large-scale emitters, which “demonstrate the seriousness of our commitment to reducing the carbon intensity of Canada’s oil and gas sector.” 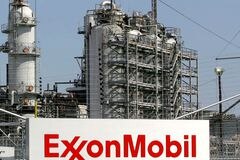 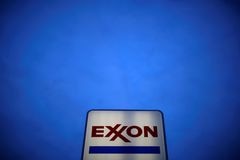 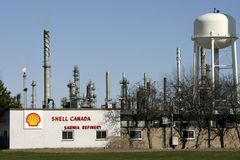